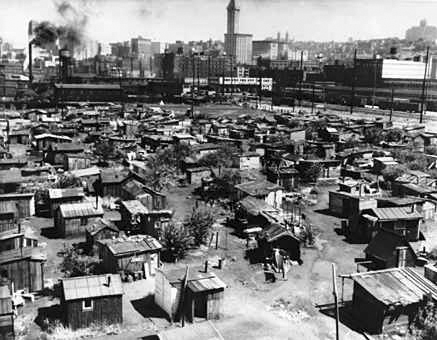 Local charities in the San Francisco Bay Area are seeing a sharp increase in those without shelter or food, as well as a change in the composition of the needy, according to several recent reports.

In addition to the groups often in need of food and shelter – people with mental health difficulties, down-and-out-veterans and the elderly – organizations such as the Salvation Army are increasingly seeing families with children sleeping on the streets and showing up at places like Glide Memorial Church that serve free meals.

Those making use of emergency food and shelter are often employed people who once had homes of their own but lost them in the wave of foreclosures over the past several years. Others have recently been laid off, including high tech workers and those in the legal profession. Both these sectors have seen mass layoffs in the Bay Area in the last few months.

According to a recent report from the U.S. Conference of Mayors, San Francisco had one of the most significant increases in homelessness of major U.S. cities over the past year. Dariush Kayhan, the city’s homeless policy director, reported that on one day “we had 136 families on the waiting list for a shelter. That’s 50 percent more than we had on the list one year ago.” The city’s Human Services Agency reports that 62 percent of those on the waiting list for shelter are new to the system, not having been homeless before.

In an article dated Dec. 16, the San Francisco Chronicle quoted Martin Cooper of the Salvation Army saying: “We were over by the [San Francisco] Civic Auditorium, and there was a guy lying on the sidewalk with a blanket pulled over his head. I leaned down and asked him if he wanted something to eat. He pulled the blanket down and there was a 5-year-old little boy lying with him.” 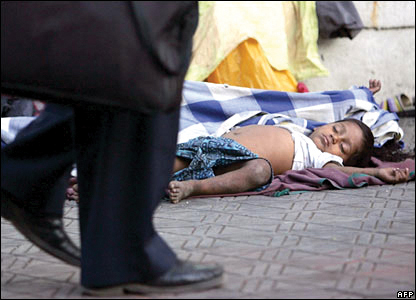 The rash of newly homeless is not limited to homeowners. Far less frequently reported but no less dire is the situation of rental tenants who live in buildings that are foreclosed. On Dec. 18, the San Francisco Chronicle noted that renters are frequently given as little as 30 days’ notice to vacate their property after receiving notice of eviction. With no hope of seeing a refund of their security deposits or their last month’s rent, tenants are thrust out into a market of uncontrolled high rents that many cannot afford. Such evictions are in fact illegal, but this is not commonly known.

“Tenants in rent-controlled buildings in San Francisco are protected by the need for a ‘just cause’ for eviction,” Darlene Wolf, executive director of the Rent Stabilization and Arbitration Board, told the Chronicle, “and foreclosure is not just cause.” The city assessor’s office is sending letters to tenants in buildings in default, saying, “According to San Francisco law, it is illegal for the new owner (typically the bank that has foreclosed on the loan) to ask you to leave without just cause or to shut off your utilities.”

Nevertheless, banks and brokers regularly push out tenants. “We have tenants who have had handwritten notices slipped under their door saying that they have to vacate,” said Sara Shortt, executive director of the Housing Rights Committee. “We’ve had brokers letting themselves into the apartment and telling tenants that they want to show the place to prospective renters … the majority of these cases are immigrant families who often speak no English.”

The Eviction Defense Collaborative, a San Francisco-based nonprofit, reports that foreclosure evictions went up 257 percent this year. That’s on top of a 250 percent increase in 2007. Even when some attempt to fight back by going to the housing department, they often have their utilities cut off, and the banks refuse responsibility for making repairs.

Adding to the homelessness problem are cuts in funding to local outreach programs for at-risk youth and adults. A Dec. 26 article in the San Francisco Business Times reported that Larkin Street Youth Services is losing $125,000, effectively eliminating its outreach and substance abuse programs. Likewise, the venerable Walden House adult outpatient substance abuse treatment program is being cut by $416,000, a reduction of 25 percent.

Meanwhile, area food banks are struggling to survive. Often for the first time, they are running out of supplies. The food banks are seeing people who used to donate food now coming in to get food for themselves.

The economic crisis has led to a downturn in the tourist industry, a large part of the economy in California. Food banks used to count on receiving surplus food from local restaurants and wineries, which depend on tourism. These donations are now shrinking. In addition, there have been mass layoffs of employees of these same tourist industries, and these workers are now coming to the food banks for assistance.

The various city agencies that provide social services are at the same time facing drastic budget cuts, as San Francisco and the state as a whole respond to a mountain of debt and a shrinking tax base. California Gov. Arnold Schwarzenegger is collaborating with state Democrats to push through major budget cuts in education, health care and other social programs.

San Francisco Mayor Gavin Newsom is rushing through $118 million in budget cuts, including massive cuts to the Department of Public Health.

The dire situation developing in San Francisco is an expression of an economic crisis that has severely impacted California. According to a California Employment Development Department (EDD) report, unemployment in the state rose to 8.4 percent in November – the highest level in more than 14 years – as employers cut 41,700 payroll jobs. This number was up from 8.2 percent in October.

Of the 50 states, only Michigan and Rhode Island registered higher unemployment rates than California. The EDD report estimates that a total of 1.56 million Californians were unemployed in November, about 300,000 more than a year ago. And these figures are unlikely to represent the true number of unemployed, since many thousands who have ceased even looking for work are not counted in the official tally.