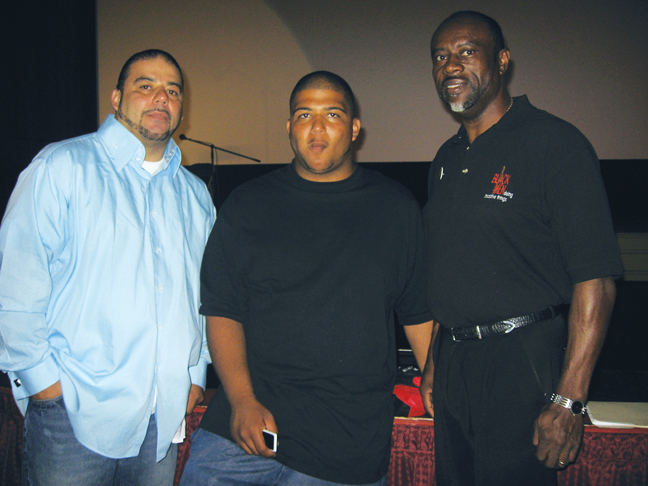 The videotaped police murder of Oscar Grant is still on the minds of many in the Bay Area who watched it on television New Year’s night and for two weeks after. Nine months later, a date of Oct. 6 has been set for Johannes Mehserle, the police trigger-man, to plead his case on why his defense team thinks that they need a change of venue for his murder trial.

Although Mehserle is the only one of the five police murderers there that night who has been charged with anything, his defense had been trying to get the charges dropped to no avail. The change of venue hearing is on Tuesday at the Alameda County Courthouse, 1225 Fallon St., in Oakland. The press conference starts at 11:30 a.m. and the hearing begins at 1 p.m. We hope to see as many people as possible there.

I sat with Jack Bryson, the father of two sons who were with Oscar Grant on the night that he was murdered on the Fruitvale BART station platform in East Oakland. Read the Q and A interview and learn about some of the nuances in this important historical case in the Black community that is taking place in Oakland in the midst of the Black president’s first term.

Why hasn’t Obama responded to the videotaped police execution of Oscar Grant like he did rapper Kanye West’s outburst at a recent video awards show and the police harassing Professor Skip Gates at his house – and this was a police murder caught on tape? Let’s hear from Jack Bryson …

M.O.I. JR: Mehserle’s lawyer was trying to get the case dropped. What’s going on?

M.O.I. JR: Since we last gave an update on what we are calling the Oscar Grant case, a number of people have resigned. Can you speak to the people that have resigned that are very closely connected to this case?

Jack Bryson: Chief Gee – he has resigned. He said he will resign in December.

M.O.I. JR: And Chief Gee is the chief of the BART police that murdered Oscar Grant, as well as he is the head of the investigation, right?

Jack Bryson: Exactly. The cover-up. Not the investigation.

Jack Bryson: Yeah, he’s in charge of the cover-up, and he still has not done the right thing to fire the rest of the officers. Myers Nave (a private law firm hired by BART to investigate the murder of Grant) came out with a report, and it didn’t favor what the police officers did. It said that several state and federal laws were violated by these officers, and not one thing that they did on that platform was correct. And when that report came out, then Chief Gee turned around and said that he doesn’t believe in what that report says, and he still stands by these officers.

M.O.I. JR: I know that it was released a few weeks ago. What did the report say? And who is Myers Nave?

Jack Bryson: They (the BART Board) felt like they couldn’t get a fair investigation through BART internal affairs so they hired Myers Nave to do an investigation, and it came back and said that nothing that night that these police officers did was right.

M.O.I. JR: Give some the readers some examples.

Jack Bryson: No leadership. The way they approached the young men – they should have took each young man one by one and questioned him. The way that they came out with their tasers. The way that they treated Oscar and the (other) young men too. And it also talks about how, after Oscar was murdered, five of his friends were detained. And they were detained for six hours in handcuffs, and that was way too long.

M.O.I. JR: They were in handcuffs for six hours?

Jack Bryson: Six hours. I know that my two sons were in handcuffs for six hours and three other young men. And then they were left in the cars for two hours too, still handcuffed.

Jack Bryson: Correct. And they were screaming and hollering for them to call an ambulance, and Tony Pirone (one of the other cops on the scene that night) was hollering at them, from what I heard, telling them to “shut the fuck up! I’m not calling nobody.”

M.O.I. JR: Can you speak about the resignation of Tom Orloff, the district attorney of Alameda County?

Jack Bryson: I’m confused on that one. I don’t know if he resigned from the pressure or if this was something that was in the makings or …

M.O.I. JR: Well, it sure is a cold coincidence.

M.O.I. JR: How do you feel as a father, as someone who has spent a lot of time with Oscar Grant? But also your two sons could have been shot by these very same police officers. How do you feel when it is basically being entertained that they are trying to move the venue for the trial?

Jack Bryson: You know, every time I see that video (of Oscar being murdered), it’s really disturbing to see what all of those young men had to go through – and, as a father, seeing your two sons being assaulted, especially my oldest son, who was assaulted by Johannes Mehserle before he murdered Oscar Grant. You watching him just punching on my son, then handcuff him, then go to Oscar Grant, and the next thing you know Oscar was murdered.

You know life hasn’t been the same since Jan. 1. Man, it’s hard because Oscar and them young men were tight. And, like you said, it could have easily been my son or any of the other young men, but it was like he chose Oscar. You know, it’s so unfair, especially to his mother.

M.O.I. JR: Do you look forward to the trial where this can be exposed or are you just looking forward to it being over?

Jack Bryson: Both. First exposed and over. Oscar might be able to change history, because this is not the first time. It’s like when I was watching a video of Fred Hampton when you had it at the Black Dot Cafe, and it’s kind of similar how the police were covering it up with how the bullets didn’t match with how they said that they (the Chicago police) did it, and the way Oscar was killed.

But Oscar had a video. And they’re still trying to say that he was doing something, and he wasn’t doing nothing, him or the young men. Imagine if Fred Hampton would have had a video. Imagine if Sean Bell would have had a video … Emmit Till. You know, all of these are connected, and they were treated the same way. That’s why it is important that we get a victory in this case. Then it might slow down the officers that feel that they can continue to do this to Black and Brown young men.

M.O.I. JR: Is there any last thing that you want to say to the audience of the Bay View newspaper?

Jack Bryson: Yeah, so far Chief Gee has resigned and Tom Orloff has resigned and Johannes Mehserle is going to trial for murder. So that’s kind of like three victories. But BART still has not met the community demands of Tony Pirone and the other officers being fired. I don’t know why they are holding on to them.

M.O.I. JR: So let me ask you this: So basically those officers are still at work?

Jack Bryson: They are on paid vacation. Yeah, they’ve been on paid leave. And I don’t know what they are waiting for. And Tony Pirone is the accessory to murder. He is the one who started all of this. He was also the head leader (among the cops) in this.

Jack Bryson: If I came to your job or you came to my job or anywhere else, that would not be tolerated nowhere else. And, you know, for Chief Gee to still say that he still stands by his officers – they did nothing wrong, with Oscar Grant being called a nigger before he was murdered – and so for Chief Gee to say that he still stands by his officers, to him and the other officers, that was not wrong. So that’s everyday life to them.

M.O.I. JR: If people want to do something, what can they do? I know that there is a number of different organizations that you guys are affiliated with. Who’s doing what and which way would you send them?

Jack Bryson: I just say support Oscar Grant and every movement involved, but not only that: I would just tell everyone to support your community. You know, the power is in the people. The more you support your community and let them know that we’re watching, this is not going to continue to happen. Then we could be cool. Then we got some strength. 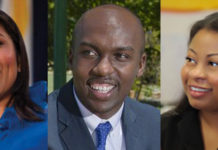