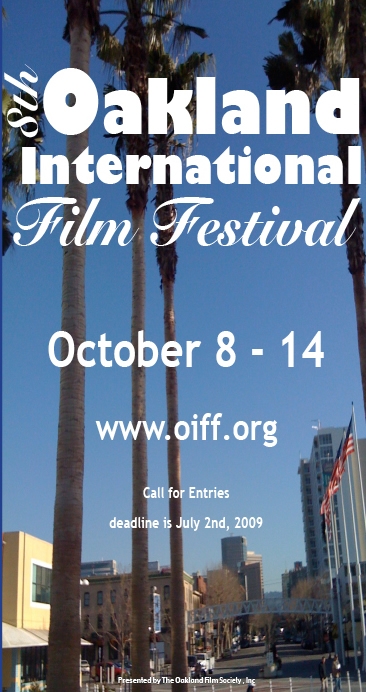 You may have heard of Cannes or the Pan African Film Festival, but have you heard of Oakland’s International Film Festival? I participated and went two years ago, and it was a dope experience especially for cinema freaks like myself and people who are into watching movies that are different than what the big movie companies put out for our enjoyment.

In this age, where a Black man in drag, Tyler Perry, is more popular than dignified Black actors and actresses like Angela Bassett, Laurence Fishburne, Denzel Washington and Senaa Lathan, the Oakland International Film Festival is a breath of fresh air because we get to see real cinema with complex characters and a well written script instead of the buffoonery-laden roles that are given to us by hollyweird, where Black women are portrayed as oversexed vixens, while Black males are demasculinized and put in dresses or made to look intellectually handicapped.

I wanted to talk to David Roach to give the readers a glimpse into what to expect from this year’s Oakland International Film Festival so you would be more enticed to take your family or significant other to see these underground movies and possibly meet many of the filmmakers. Here’s David Roach in his own words.

M.O.I. JR: How did the Oakland International Film Festival start?

David Roach: Like all things begin with an idea, so did the Oakland International Film Festival. However, I believe I was bitten by the film bug when I produced the feature film “Sydney Byrd, Private Eye” and traveled to Los Angeles to represent our film in the Pan African Film Festival and later attending the American Film Market in Santa Monica each year to seek distribution for our film. All of this played a part in starting the Oakland International Film Festival – believing these types of film-related events could benefit the city or Oakland and create new opportunities for up and coming filmmakers.

M.O.I. JR: What are some of the headlining films?

David Roach: They are all headliners. Some of this year’s award-winning films or that have screened in major film festivals are: 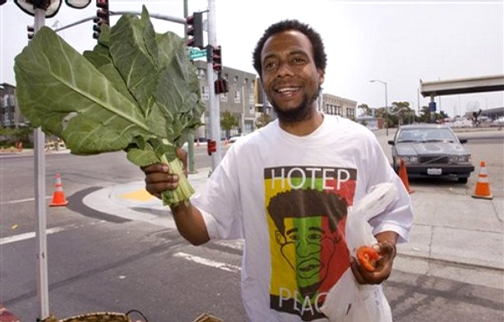 Every film has a link on our site (most are up) by the first word in the name of the movie. For example: “Operation Small Axe” has a link called operation.html (the first word.html).

M.O.I. JR: What is the importance of having a film festival in a given community?

David Roach: We know we are influenced by what we see on TV, in movie theaters etc. How people are influenced by films is hard to measure. How a community reacts to the film depends on the community. One will receive different reactions from the same film in different communities. OIFF enables new and upcoming filmmakers to have an audience, which gives rise to new thoughts and more open discussion about topics we might not normally address.

For the direct community, the Oakland International Film Festival, like other film related events, could be lucrative to our economy. Local businesses could benefit from knowing filmmakers. For example, filmmakers could make commercials for their business to attract more business.

Once the community really gets behind our festival, we believe the city will witness an increase in tourism from the festival, which would improve our economy.

M.O.I. JR: What purpose does a film festival have in the career of a filmmaker?

David Roach: Film festivals give filmmakers an additional marketing channel to promote their film and the productions they worked on. For a filmmaker to make a movie and try to get people to see it can be expensive and very time consuming. Film festivals are good vehicles to reach people in the film business by inviting them to your screening or just letting them know your film has been selected into a film festival. It sort of means somebody else besides yourself likes your film.

M.O.I. JR: How many people do you expect?

M.O.I. JR: Where can people peep the lineup?

‘My Father Belize’ screens Sept. 26 and 27 at the Oakland International Film Festival 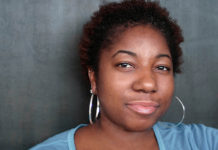