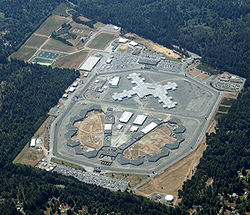 Richard Wembe Johnson, a prisoner who recently suffered a heart attack due to a blocked artery in his heart, is among the hunger strikers at Pelican Bay. Since the beginning of the strike, he has been taken off three of his daily meds; medical staff say they may be adverse to his health when taken on an empty stomach. He has been submitting a series of articles throughout his time on strike to educate potential supporters about the prison experience. In this, Richard’s fourth entry, dated July 14, 2011, he notes, “I’m still on a hunger strike, thus my focus is a little disconnected.”

Whenever the subject of ghettos is mentioned, our first inclination is to focus on Afrikan and Latino communities. However, historically, the word “ghetto” came about as a result of Jewish sections in European cities designated as poor slum areas.  The Jews formed a minority group based on their economic and social plight, rooted in religion and racial discrimination.

As we fast forward to the present day, the only truly noticeable change is that the ghetto inhabitants are primarily people of color. The Jews, for the most part, no longer occupy these encampments. The vast majority of the Jewish population was able to pool their resources and rebound from a tragic situation.

In today’s reality, ghettos have become a generational cross-section – a consequence that embodies the truth about a nation that has created a subculture for those not privileged to share in the wealth of their nation, even though their hard work, sweat and tears helped to build the country. As the rich get richer, the poor tend to get poorer.

Being reared in an environment in which the strong will prevail and the weak will perish gives one a clear perspective of the harsh nature of ghetto life and the cruelties that people must endure to merely get by. Some are able to beat back the entrapments of such an existence and move forward with their dreams intact. For those with very little faith and even fewer prospects of success, ghetto life is what it is – the beginning and the end.

The people who are stuck in this predicament see life through the spectrum of their truth. No white picket fence or ambitions of greatness. The facts are clear and evident as to what their actuality is. This understanding provides the basic reasoning, as narrow as it may be, that legitimizes the bunker mentality towards a society that has shunned them in every way conceivable.

When people are forced to adapt to adverse circumstances that constantly belittle them to the point of despair, they will embrace certain behavioral tendencies that they feel serve to protect and provide them with necessary survival tools, sharpened by being a product of ghetto oppression.

Life in the ghetto is seemingly cheapened by the demeaning internal and external forces that control the life of the residents. What is viewed as important, valuable and essential becomes abstract, to the peril of the community and the thinking of certain individuals within those wretched enclaves.

The motto on most police vehicles, “To serve and protect,” has a very different meaning in the ghetto than for those in an affluent neighborhood – as different as night and day. They see the police as protectors of the establishment, who are serving only those not confined to the ghettos.

In the ghetto, the police are primarily characterized as an invading gang of brutes riding through town, killing and locking up people for reasons other than crime. They are essentially seen as the enemy.

As I have stated, from all of this comes a certain mental psyche, formed in the ghetto and demonstrated by its occupants. It is more pervasive in areas where the gang mentality has flourished or where crime is more prevalent. There is an attitude of “me and my people against the world” that is reflected in deeds, thoughts and objectives.

The standards for seeing life were forged in such a way that right or wrong isn’t the issue; everything can be justified or rationalized in some fashion. This isn’t to imply that love, pain, respect, caring, trust and fear don’t exist. On the contrary! Being “ghettoized” doesn’t mean that you automatically abandon your humanity, self-respect, pride or any other thoughtful human amenity. What does happen in most instances is that you begin to circle your wagon and prioritize what is directly important to you, depending on what you can relate to as a result of the context of your circumstances.

Some may say that, under such conditions, they would think outside of the box. This is easy to say and to envision, especially if you have never been in the situation. If you are without hope, vision or positive direction, how are you expected to move beyond the perimeters of despairing hardship? There is a major gap between the worlds of the haves and the have nots.

The concept of locking up all of the poor criminals so that everything will be just fine is ridiculous. When people are imprisoned, particularly those coming from such horrendous neighborhoods, where poverty, depression, crime and ugliness are the norm rather than the exception, and put into an even more hideous cesspool without any room for growth, development or rehabilitation, to expect anything other than more anti-social behavior is silly.

The notion that you can incarcerate anyone for X amount of years, and miraculously that person – without real counseling, mentoring or usable vocational training – will become a shining beacon in society is unthinkable. If you put nothing in, how do you expect to get anything out? Throughout this nation, the business of imprisonment isn’t about justice or protecting society, it’s about locking people up in order to make profit, plain and simple.

Additionally, in California, it has proliferated into a fraudulent entity that is out of control. These prisons have become breeding grounds for festering failure as a course of action by the prison administration. They seem to believe that in labeling people as gang members, they can separate the manageable from the uncontrollable and prison life will create a livable atmosphere on its own somehow.

What the prison administration fails to grasp is that nearly everyone that comes to prison brings some type of baggage, be it gang mentality, criminal psychosis, emotional depression or a multitude of applicable symptoms. Until any pursuit of correctness is applied, the baggage will only get heavier, not lighter.

Prisons, by and large, are not designed to rehabilitate, they were created for penitence and inner reflection. Yet, these institutions have become havens for promoting petty prison mentalities and enclosed perspectives.  Prisoners are treated with pure disrespect, scorn and indignation at every turn. This is a concerted effort, disguised as “chaos control,” which staff, upon inducing the chaos itself, routinely enforce.

When you enslave individuals who already see themselves as prisoners to powerful tyranny, any hope that further maltreatment will bring out meaningful change is equally farfetched. In their minds, life as they know it in the ghetto and prison life is synonymous. The projects are replaced with a grey stone brick building, the neighborhood police are replaced with round the clock prison guards and the future is a distant thought, if a thought at all.

You become entangled in a web of misguided detachment. Some drift towards lunacy or become occupied with trivial thoughts. Not everyone falls victim to such subjugation, but the quantity of inmates who do is too large for comfort. Sanity becomes a luxury in many instances. Few are capable of fending off the compulsive responses in rebuke to prison perplexities. The transition from ghetto to prison mentality is not a large one. For the most part, it’s a minor adjustment where your thoughts have even lesser substance in subversive reasoning.

After completing their sentences – at least for those not doing life or its equivalent – what is expected of them? In terms of the ability to productively integrate into society, ex-prisoners are in more dire conditions than they were before their imprisonment! Aside from being locked up and treated like dogs for years, is there anything else they can be expected to be successful in?

The recidivism of prisoners reflects more greatly upon the failure of prison management than on the actions of prisoners themselves. This isn’t to imply that prisoners are without responsibility; of course they should be held to accountability. But when the prisoners fail, so has society, since we are a reflection of the very society that created us.

New options must be offered to truly address the issues that pervade and ravage our society, prompting the need for so many valueless prisons to be erected to house the problems created by the mismanagement of a few. Consideration of the blamefulness of the prison officials and the offenders must be assigned equally so that full and clear corrective measures can be put in place.

Everybody loses when prisons fail to carry out their duties. If society is to move on and discard self created prejudices, everyone has to step up and be counted, because if one fails, we all fail. There will be no victory while prisons are being built continuously and the ghetto populations continue to increase, resulting in prison mentalities on the street.

In the end, what has been created in American society is a prevalence of psychotic behavior resulting from the neglect and social abuse of the oppressed people. The ghetto versus prison mentality dichotomy is a great conundrum that all of us consequently and undeniably suffer from. 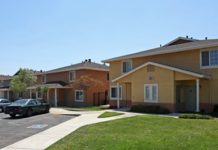