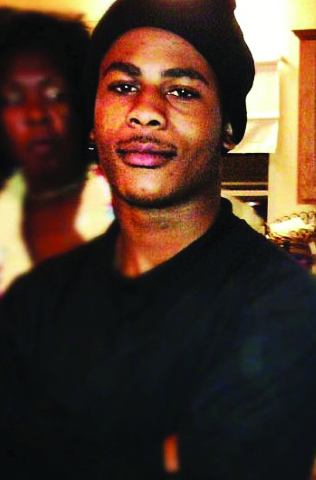 Eighteen-year-old high school senior and Oakland resident Alan Blueford was shot to death by police on May 6 under curious circumstances. The policeman who killed Blueford was also shot, but the origin of this officer’s wounds, his type of injury and even his name were initially shielded by the California Police Officers’ Bill of Rights as numerous versions of the incident were disseminated from the police to the press.

According to Alan’s father Adam Blueford: “When they told me my son had exchanged gunfire, I knew it wasn’t Alan they were talking about …. I’ve heard so many stories since then that I couldn’t believe and now I want the truth.”

It was the Oakland community that ultimately identified Blueford’s shooter. He turned out to be former military man Miguel Masso, who lived more than 100 miles outside the city. Officer Masso was discovered to have shot himself in the foot and to have received treatment for his injury even as young Alan Blueford was left on the ground for four hours to die.

Alan’s parents were not informed of his death until six hours after the shooting and two hours after they arrived at the police station to inquire after their son. The family is now joined by members of the clergy, labor unions – SEIU 1021, ILWU – Occupy Oakland, Dignity and Resistance, International Socialist Organization and Oakland residents in demanding justice for Alan Blueford.

On Wednesday, May 23, a town hall meeting at Acts Full Gospel Church wound up spilling outside the building and turning into a spontaneous protest when Oakland Police Chief Howard Jordan appeared to exploit the occasion for damage control rather than information sharing. To add insult to injury, one of the protesters, Chris Moreland, was later jailed and not released until the following Saturday. 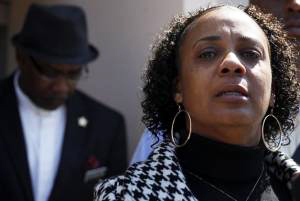 The reluctance to release information continues today. On July 19 the parents were forced to organize a press conference to demand the police and coroner’s reports that had still not been released to them. Here is what Alan’s mother said:

“I cannot begin to tell you what this has done to my life, to my family. My life has been shattered, and I am now trying to put together the pieces of my life, after the loss of my baby son. Alan was a good boy. We were very close. He strengthened our joy and our closeness.

“This was the time of year of celebration in Alan’s life when he was graduating Skyline High School. Alan didn’t make it to graduation day, but his father and I were there to see his diploma, because of the senseless murder that took place on May 6.

“I am asking today for the police report, for the coroner’s report. I don’t want another mother, another family member, sister, brother, niece, nephew, cousin, grandmother to feel the pain that we have felt due to this senseless tragedy.

“I’m asking today because I, as his mother, his parents deserve to know what happened to our baby. We’ve been asking for over two months, and all that we’ve gotten is mistreatment. We’ve been told different stories. They’ve done everything against us and not nothing to support us.

“The police department is here to protect and serve. I have not got any service. Today we ask for information so that we may have a chance to come to grips with this and have the opportunity to place the scattered pieces of our life back together.

“I cannot bring Alan back. He is gone on to rest in Jesus. But I do deserve as his mother to know what has happened to my child. Reports are all that we have, and we would like answers.

The coroner’s report was finally issued after the press conference and payment of $326 in autopsy fees by the Bluefords. Such fees are normally waived for homicide victims; however Alan’s shooting continues to be labeled a “justifiable use of deadly force.”

According to the coroner’s report, Blueford never shot at the officer – had no gunpowder residue on either of his hands – although he was shot three times. As ever, the victim – and not the shooter – was treated as the criminal and examined for drugs and alcohol. None was found.

The Blueford family and the Justice for Alan Blueford Coalition are demanding:

Dady Chery grew up at the heart of an extended working-class family in Port-au-Prince, Haiti. She emigrated to New York when she was 14 and since then has traveled throughout the world, living in Europe and several North American cities. She writes in English, French and her native Créole and holds a doctorate. She can be reached at dc@dadychery.org. This story first appeared on her blog, Haiti Chery. For more information and to get involved, go to http://justice4alanblueford.org/.