Unless you lived in North Philly, in the projects east of Richard Allen and north of Spring Garden, perhaps the name of Ruth ‘Ma’ Ballard would be unfamiliar to you.

But if you lived there, if you had the pleasure of knowing her, of seeing her smile, of hearing her sweet Southern voice, you’d know that you’ve met someone special. 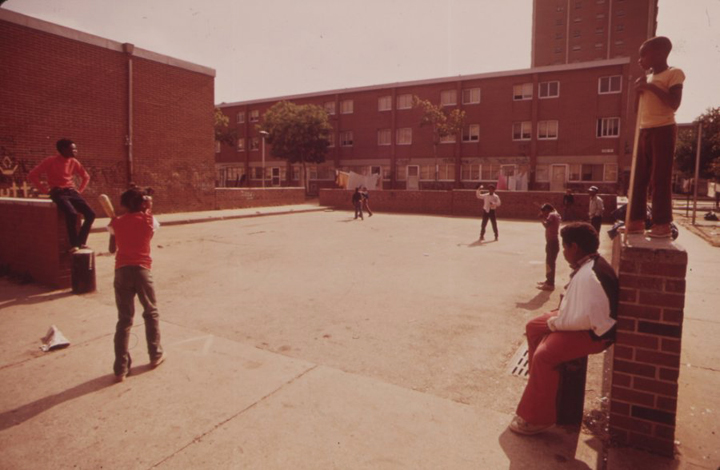 Children of the neighborhood called her “Ma” Ballard – and not just her healthy brood of strong sons and pretty daughters. Everybody called her that, for she radiated calm, reassuring motherly love that made her legendary in the projects.

In this world of chaos and drama, she seemed the calm at the eye of the storm. Like a strong tree, well-rooted, few could shake her.

In the beginning, when the projects were new, bright and shining, the Ballards and the Cooks were among the first families to move there, up from uncertainty in the dreaded South, the last few rivers of the great Black flood north.

Two young mothers, Edith and “Dot” (what she called Ruth), met each other in this new, unknown place and became friends for life. They would talk to each other over the clothesline, fresh wash flapping in the morning breeze.

Back then, children could and would be disciplined by any adult in the neighborhood. And woe to the boy or girl who earned a pop from one adult, for you knew that you’d get some more when you got home!

Everybody called her “Ma” Ballard, for she radiated calm, reassuring motherly love that made her legendary in the projects.

You would do anything to bring that smile back to her face – that brown, beautiful smiling face, the folds in the corners of her eyes, that star-like twinkle in those eyes.

She was special – because she was.

I’m tempted to say that they don’t make ‘em like her anymore – tempted –but I won’t say that. Honestly, because I don’t know. I think so, but I’m not sure.

But I know this: She made the neighborhood better; she made the community better. She made you want to do better and be better.

She was a tiny woman, the kind people called “short.” But I never thought of her as such.

Some people fill the room with their aura; they radiate. She was such a one.

I’m blessed to have known her, my mother’s dearest friend. I can still hear their laughter together, the sweetness in it, the joy of living in it, like starlings tweeting in the dawn.

Our families join the Ballards in mourning her passing. She is never to be forgotten: “Ma” Ballard!