I was one of these juvenile detainees who experienced abuse at the hands of the police officers and juvenile hall correctional officers while detained at the Rialto police department and later the S.B. juvenile hall.

I had just recently turned 15 years old when I reported the location of a crime scene to the Rialto police from a friend’s house where I was attending a sleepover. The police arrived and took me to the Rialto police department, where they detained me in a tiny, cold, windowless room from about 9:45 p.m. until close to 10:00 a.m. the next day, when they took me to another part of the department to be interrogated by two detectives.

I had not eaten in almost two days. The officers refused to allow me to use a phone to contact my parents for help, and Officer Rodney Stoey told me he had strict orders from his superiors not to let me contact anyone outside of the police department until after my interrogation. Detective Todd Loveless and his then Sgt. Thompson – they all got promotions upon my conviction – interrogated me for hours until they forced me to give a confession whether it be true or not.

During the nearly two days I was at the police department I was never taken to a restroom and was without water and food. After the interrogation, I was taken to another tiny windowless room where I fainted on the floor with my hands cuffed behind my back.

I was taken to the San Bernardino Juvenile Hall from there, where I was jumped, beaten and pepper sprayed by the housing officers for nearly two hours. The housing staff spat in my food and served it to me while verbally abusing me.

They have stripped me naked and pepper sprayed me, and they would drag me outside in front of other minors in that housing unit to make me seem dangerous and deserving of abusive treatment. On one occasion, while hospitalized in the emergency room and shackled to the hospital bed, the housing officer assigned to supervise me during my hospital stay strangled me and told me he will punch me and tell the doctors I hit myself. I reported Mr. Roger when we arrived back at the juvenile hall, but I did not press charges.

I witnessed a 14-year-old girl who was seven months pregnant being slammed against a wall by four housing officers while her hands were cuffed behind her back. The housing officers were attempting to pepper spray her. She was crying and screaming for help.

This is just a small portion of what happens to those children at that juvenile hall and no doubt in other juvenile detention centers throughout the United States. It was torture for me and other minor children who were there.

I am 28 years old now and still affected by those events today. I am serving life in prison as a result of the coerced false confession that the media played on TV over and over. My case was sensationalized and it was why I was a major target for abuse. My trial judge told reporters during my trial that I am “the ultimate nightmare of suburban neighborhoods.”

Many African American people took offense to that comment because I was a 15-year-old African American and the crime I was accused of took place in a mostly white, upper middle class suburban part of the neighborhood, and not too many Black people lived there.

I am serving life in prison as a result of the coerced false confession that the media played on TV over and over. My case was sensationalized and it was why I was a major target for abuse. My trial judge told reporters during my trial that I am “the ultimate nightmare of suburban neighborhoods.”

My advocates and other organizations such as Justice Now are working to challenge and put an end to mass incarceration and violence against women and children and people of color. The war on people of color has become an epidemic throughout the United States.

As a people unified and organized and mobilized with the common goal of equal and fair treatment of people of color, we can fight the tide of systematic oppression and eventually the destruction of our people. This is a human rights issue. 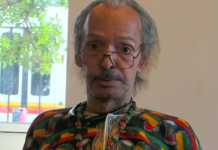 Appeal for hearing on California prisoners to the Inter-American Commission on Human Rights, Organization of American States