Call Daniel Bedwell, Aramark director at Wabash Valley Correctional Facility at 812-398-5050, ext. 4801. Tell him that you are concerned that the prisoners on the SHU are being starved because they are not receiving a diet that meets the guidelines of IDOC Policy and Procedures.

The nation’s roughly 80,000 inmates in solitary confinement are at risk of psychological harm. Daily, it’s a struggle to avoid becoming mentally ill with hallucinations, irrational anger and suicidal ideation from the cold nights through the starving days. Many of the people held in solitary lose weight and become malnourished; they feel increasingly agitated due to the psychological effects of hunger.

Held in confinement for 23-24 hours a day, prolonged, indefinite solitary confinement is a violation of the prohibition against torture and other cruel, inhuman or degrading treatment or punishment according to international human rights law. By violating this prohibition, U.S. authorities not only abuse the rights of prisoners, they undermine the human rights that protect all of us from abuse.

The prisoners at Wabash Valley Correctional Facility in Indiana are served dinner at 3:40-4 p.m., and that is their last meal until breakfast the following day at 7:00 a.m. NOTHING to eat for 15 hours?

At Pendleton Correctional Facility, they are provided breakfast, lunch and then their final meal of the day is a sack lunch at 2:30-3 p.m. They are not offered anything until breakfast the following day, which is served at 3:30-4 a.m.

Not to mention the portions they are provided do not even meet the requirements of the Policy and Administrative Procedures of the state of Indiana. The servings to grown men are fit for my son, who is 3 years old.

I know prison is not a picnic. We are just asking that these HUMANS are at least provided the intake the authorities state they are given. They don’t even get real meat except on holiday trays. Instead, it’s literally trace remnants of fake meat.

Through its subsidiary Aramark Correctional Services (ACS), the huge corporation Aramark serves food in more than 600 prisons. So, you ask, what is their mission statement? “Enriching and nourishing lives is our mission and responsibility here at Aramark,” they say.

Aramark provides “menus” that if you were to ask to see one you would believe the meals they provide are nutritious and meet the requirements, but this is false. They provide cold, inedible food that is not even fit for a dog. They don’t provide the required 2,500 calories. Prisoners in the SHU do not have the option to order commissary but are forced to starve on the Aramark diet.

Kwame Shakur, co-founder and chairman of the New Afrikan Liberation Collective (NALC), a political prisoner and national spokesman for the Prison Lives Matter campaign, is being held captive with a sentence of 110 years. Kwame has been in solitary confinement for four years now and in the SHU for 19 months.

He had a court date on Jan. 22, 2020, and was taken to the Owen County Jail in Spencer. There, he was provided a “real” glass of milk – the first real glass of milk he has had for nine years. He had a turkey sandwich with real turkey, fresh bread and chips.

Him telling me these things and the excitement of just being full has sparked a fire in me that I will not let go out until something is done. While they attempt to censor him and try to keep him quiet daily, he is living the struggle with freezing temperatures, lack of nutrition and inappropriate hygiene products.

Refusing to give up, refusing to become mentally enslaved by this torture, Kwame has inspired me with his strength to keep pushing and to be heard. I refuse to be silent through this torture on behalf of all prisoners who are surviving solitary starvation at the Indiana Department of Corrections and those who are forced to starve on the Aramark diet.

If you have a loved one who is incarcerated, WE have to be their voice. WE have to speak for them in order for anything to be done.

I’m asking for everyone to call Daniel Bedwell, Aramark director at Wabash Valley Correctional Facility at 812-398-5050, ext. 4801. Tell him that you are concerned that the prisoners on the SHU are being starved because they are not receiving a diet that meets the guidelines of IDOC Policy and Procedures.

Bedwell needs to know we are aware of these inhumane acts of starvation. We know what they are serving these prisoners does not meet requirements! By any means necessary, we can’t stop, and we won’t!

Jameela Nicole, fiancée of political prisoner Kwame Shakur, has been the secretary for the NALC, helped put together the People’s Assembly that was held in Terre Haute last year and is now assisting with organizing the Community Center they plan to have in Terre Haute. She writes on behalf of Prison Lives Matter. While living the struggle daily right by Kwame’s side, Jameela is studying and reading books to raise her political consciousness. She admires Kwame’s knowledge and his mindset to not remain silent or become mentally enslaved by this torture. Her email address is jwheelz812@gmail.com. 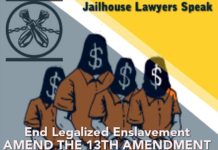 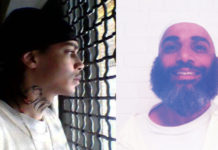 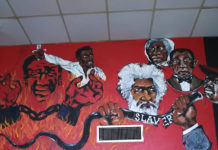