The group, Journalists for Mumia, was founded by Hans Bennett, a Philadelphia journalist, and Dr. Michael Schiffmann, German linguist at the University of Heidelberg, to challenge what they characterize as “the long history of media bias against Abu-Jamal’s case for a new trial.”

Abu-Jamal, formerly known as Wesley Cook, was arrested and convicted of the 1981 murder of Philadelphia police officer Daniel Faulkner. He has been on Pennsylvania’s death row since then, although a federal judge affirmed his conviction but vacated his death sentence in 2001. A three-judge, federal appeals court panel is reconsidering the case for his retrial, and heard oral arguments on May 17, 2007.

Faulkner was killed on the corner of Locust and 13th Streets in Philadelphia, on the morning of Dec. 9, 1981. Abu-Jamal and his brother, Billy Cook, were found lying on the sidewalk when police arrived at the scene to find Faulkner dead. In addition, Abu-Jamal, who also had been shot, was beaten by police when they came to the scene. And he was arraigned at his hospital bed while recovering from life-threatening injuries.

This case has been one of the most contentious, most widely observed and most thoroughly critiqued cases of our times, as it has put a spotlight on the contagion of police brutality, racism and corruption in the criminal justice system, and the capricious application of the death penalty. Amnesty International has called for a new trial for Abu-Jamal. “It’s shocking that the U.S. justice system has repeatedly failed to address the appalling violation of Mumia Abu-Jamal’s fundamental fair trial rights,” said Amnesty International U.K. Director Kate Allen.

Through prodigious research, Schiffmann has located a number of photos taken by press photographer Pedro Polakoff. Polakoff, who arrived on the scene 12 minutes after Faulkner’s killing, produced at least 26 photos before the arrival of the Philadelphia Police Department’s Mobile Crime Unit. Some of the photos are highlighted in Schiffmann’s new book, “Race Against Death: Mumia Abu-Jamal, a Black Revolutionary in White America.” The book – an expansion of Schiffmann’s doctoral dissertation – was recently released in Germany, and has yet to be published in the United States.

Polakoff told Schiffmann that the crime scene was poorly managed and unsecured, “the most messed up crime scene I have ever seen.” Polakoff attempted to hand his photos to the D.A.’s office on two occasions – before the trial in 1982 and in 1995 during Mumia’s post-conviction relief hearing – but to no avail. Apparently, they weren’t interested in what he had to show them.

And Schiffmann and Bennett say that Polakoff, who until very recently assumed Mumia was guilty and that Mumia was the passenger in his brother’s car, had no interest in contacting Mumia’s lawyers regarding the photos.

Perhaps this was because his photos presented some damning truths. In his book, Schiffmann makes a number of important arguments:

The police manipulated the evidence that was provided to the trial court. For example, Polakoff’s photo shows Faulkner’s cap resting on the roof of Billy Cook’s Volkswagen. Yet, in a police photo taken 10 minutes later, the cap is on the sidewalk in front of 1234 Locust.

Police officer James Forbes testified at trial that he had secured Faulkner’s and Abu-Jamal’s weapons and did not touch the metal parts in order to preserve the fingerprints. Yet Polakoff’s photos show that Forbes had touched the metal parts of the weapons, destroying valuable evidence in the process.

One of the prosecution’s key witnesses, a cab driver names Robert Chobert, claimed he was sitting in his cab behind Faulkner’s police car during the shooting. Yet, there is no taxicab in Polakoff’s crime scene photos.

The prosecution asserted that Mumia killed Faulkner by standing over the already wounded officer and unloading several shots from a .38 revolver. However, the Polakoff photos show a clean trickle of blood on the pavement, not the splatter of blood or cement damage that one would expect from the firing of such a weapon.

Journalists for Mumia are providing a valuable public service in the honored tradition of the First Amendment. Linn Washington Jr., veteran journalist who worked for the Philadelphia Tribune at the time of Mumia’s arrest, was on the case at a time when most of the Philadelphia press corps were asleep on the issues of race and criminal justice.

And the Philadelphia of 1981, on the heels of the brutal reign of police-chief-turned-mayor Frank Rizzo, was a time of rampant official corruption and misconduct, racism and police brutality. Washington noted that during the year of Mumia’s arrest, five men were framed by the Philadelphia police for murder and exonerated years later. Two of the innocent men spent as much as 20 years in prison before their release, and one man spent 1,375 days on death row before he became a free man. This legacy of police corruption haunts the city to this day, at a time when better police-community relations are needed to stem a tide of gun homicides.

There is much in Mumia’s case that is troubling, and points to a dysfunctional system in dire need of repair.

The prosecutor had a history of excluding African American jurors and struck 10 of 14 Black potential jurors, but only five of 25 whites.

In a sworn statement, a court stenographer said she overheard the trial judge, Albert Sabo, saying he would help the prosecution “fry the nigger.”

For 12 years, prosecutors withheld evidence that the driver’s license of a third man was found in Faulkner’s pocket at the crime scene. 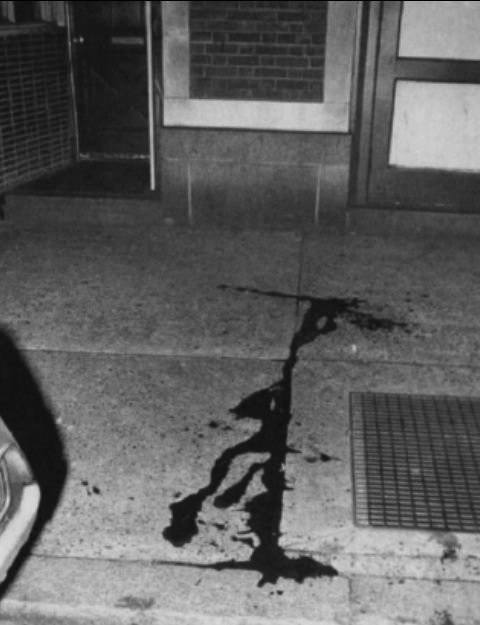 Defense witnesses who testified that someone other than Abu-Jamal killed Faulkner were intimidated.

Five of the seven members of the Pennsylvania Supreme Court, which denied his appeal, received campaign contributions from the Fraternal Order of Police, the primary group that has advocated for the execution of Mumia, who they regard as an unrepentant cop killer.

All of this is about Mumia, yet far more than just Mumia, for Mumia’s case marks a part of the continuum that represents the tortured, tragically consistent narrative of people of color in America’s justice system. Decades before Abu-Jamal, there were the Scottsboro boys. In 1931, nine black teenagers in Scottsboro, Alabama – ranging in age from 13 to 19 – were accused of raping two white women. Tried without adequate representation, they were sentenced to death by all-white juries, despite a lack of evidence. And one of the women later recanted.

In more recent years, there were the Central Park Five, the five Black and Latino men convicted of raping and beating a female jogger in Central Park, N.Y., in 1989, and later found to have been railroaded. Donald Trump had spent $85,000 on full-page newspaper ads calling for the death penalty for the five youths, who were characterized as a wolf pack.

And of course, today we have the Jena 6, arrested and prosecuted in a Louisiana town for fighting against nooses dangling under their high school’s “White tree,” while the White students who planted the nooses and committed other acts of violence were given a pass.

We will never know how many innocent people in this country – those who could not afford to buy justice – were sent to their deaths or forced to languish in prison for the rest of their lives, all on a lack of evidence or doctored and cooked-up evidence, served up by police officers who wanted to make a name for themselves and prosecutors who aspired to higher office on a tough-on-crime stance.

Society cannot help those who were victimized by kangaroo justice but no longer live among us and are now but a fleeting memory. But we can still help Mumia Abu-Jamal, and in doing so we begin to repair this system of “justice” and save ourselves in the process.

David A. Love is an attorney based in Philadelphia and a contributor to the Progressive Media Project and McClatchy-Tribune News Service. He contributed to the book, “States of Confinement: Policing, Detention and Prisons” (St. Martin’s Press, 2000). Love is a former spokesperson for the Amnesty International UK National Speakers Tour and organized the first national police brutality conference as a staff member with the New York-based Center for Constitutional Rights. He served as a law clerk to two Black federal judges. Click here to contact Mr. Love. He can be reached through Black Commentator. The Bay View thanks journalist Hans Bennett for helping secure the never-before-published photos that accompany this story.