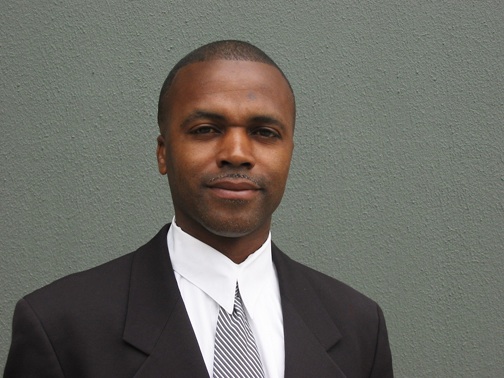 On Oct. 15, Daniel Landry, a long-time resident of the Fillmore’s Martin Luther King-Marcus Garvey Co-op, sent a letter to the co-op’s management agent, John Stewart Co., requesting information that, according to the co-op’s by-laws, all shareholders have a right to see. This information included minutes from board meetings and details of the contract that the King Garvey Co-op has with John Stewart Co. Little did he know the turmoil that would follow.

The next day, at around 10 p.m., Landry received a phone call from his son, who is on court probation. “The police were at the door requesting him to either open the door or they were going to kick [it] in,” said Landry.

When Landry arrived at the scene shortly thereafter, Sgt. Schiff of the SFPD told him it was a crime scene. Landry tried to diffuse the situation by telling the police that he was the father. When he tried to find out more, one of King Garvey’s private security guards (from the company Personal Protective Services, or PPS) told him that his son had a stay away order. “There was something fishy the moment he said that, because I knew it wasn’t true,” said Landry.

Without a warrant, the police then proceeded to search the apartment for about 45 minutes. “If I would’ve refused, they would have called the fire department to come knock down the door,” said Landry. He says he submitted to the search to prevent the situation from further escalating.

Only later did he find out the charge – his son was accused of suspicious activity/ trespassing, even though he has been living with his father at King Garvey since 1997.

Two days later, Landry met with Capt. Ehrlich of the SFPD’s Park Station to talk about what happened, to try engage in dialogue and build trust. Landry has also talked with King Garvey’s private security guards, asking them to contact him if they have an issue with his son. “I want them to call me because I know people and I can bring down the tension. There’s a trust factor within our community,” said Landry.

Later that day, Landry got another call from his son. A security guard had stopped him in his vehicle and said that he smelled marijuana. The situation got out of hand. A crowd gathered. Words were exchanged. The security guard tried to make a citizen’s arrest.

When Landry arrived on the scene, he again explained who he was, but was told that he was interfering with an investigation. Only after his son received a certificate of release from the police did the situation diffuse.

Apparently the King Garvey security guards are acting under orders from the police and the probation officer, which say to arrest or detain Landry’s son if he is seen out after his curfew. But that doesn’t sit quite right with Landry. “Our security guards are not supposed to take instructions from outside agencies. That was completely out of protocol,” he said.

It wasn’t until the next day, however, that Landry was able to start putting the pieces together. He had gone to the King Garvey office to meet with the site manager and, on his way out, he saw something that shocked him. “I saw Sgt. Schiff and Capt. Ehrlich sitting at one of our tables in the center,” said Landry. “And to my surprise, the first thing I noticed is this letter, a confidential letter that I sent to our management agent [on Oct. 15]. I was lost for words at that moment. The trust factor went out the window.”

This raises two questions: First, how did the letter get into the hands of the police and, more importantly, why? “It opens a bigger can of worms,” said Landry. “Why was it important to go into my unit? What were they looking for? What did they plant in the unit?”

Loren Sanborn, who is senior vice president of John Stewart Co. and the person to whom Landry wrote the letter, said, “We’re not aware of any document going from Landry to us to the San Francisco Police Department.”

“Why was it important to go into my unit? What were they looking for? What did they plant in the unit?”

All of this is taking place in a climate of upheaval, as the King Garvey shareholders are being pressured by the city, the management agent and even their own disputed board of directors to enter into a property rehabilitation deal designed to “save” the property from foreclosure. Opponents of the plan say it will saddle King Garvey with unnecessary debt and will lead shareholders further astray from achieving their goal of property ownership, set to happen on Nov. 1, 2019.

Landry is one of those opponents.

A new plan for accountability

Over the years, Landry has filed six complaints with the Office of Citizen Complaints (OCC), whose purpose is to investigate complaints against San Francisco police officers. None of them has been sustained. He is waiting for the police report so he can file yet another complaint about what happened recently with his son.

Frustrated by the red tape but motivated to see something better, Landry and other community members are spearheading a new organization for accountability from both the police and the private security sector, called the San Francisco Accountability Review Board (ARB).

“We need a whole new complaint system from the community perspective,” said Landry. “We’re going to still recommend that people go to the OCC and file a complaint so we can follow up with the commission. However, we need to intercept complaints from the OCC because something is dearly wrong with this agency that doesn’t sustain any complaints.”

The first meeting is set to take place at 6 p.m. on Tuesday, Nov. 20, at the Ella Hill Hutch Community Center, located in the Fillmore at 1050 McAllister St. “What we envision for that day is to bring Capt. Ehrlich [from Park Station] and Capt. Casciato [from Northern Station] as well as a few commissioners and put it on the table, [that] this is where the community is going,” said Landry.

The ARB plans to accept complaints against police officers as well as private security guards, who too often go unaccountable for their actions. For example, there have been some problems with Kings Security, the private security company that patrols the Safeway on Webster. But “people don’t really know how to go about filing a complaint,” said Landry. “We’re going to direct them to where you can file a complaint and how you can make sure [it] is being acted upon by the ones who are supposed to investigate it.”

For more details about the ARB meeting on Nov. 20, call Daniel Landry at (415) 573-7691. To file a complaint against a private security company, call the Bureau of Security and Investigative Services at the Department of Consumer Affairs at (800) 952-5210.

Marcus Garvey Way in the works

Prison bill AB 900: a view from inside

An uneasy trio: A community activist, the city attorney and the media