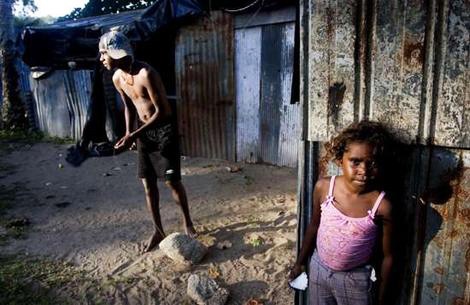 I was sitting in San Francisco, something like halfway between England and its former convict colony, Australia, when I stumbled on news that the Queen of England  had placed former Australian Prime Minister John Howard, one of President George Bush’s closest allies, very near the top of her list of 458 Australian birthday honors on June 9, just eight days after Australia’s new Prime Minister Kevin Rudd finally pulled the last of the Australian troops that John Howard had, in 2003, committed to our Iraq War.

Now why was I surprised by this, even though Howard finally went down to such a resounding electoral defeat that some called it curtains for his center-right Australian Liberal Party? She is the Queen of England, no? At least she didn’t knight him Sir John.

I realized that I just needed to somehow re-program my own damaged psvche, so as to stop being surprised by one member of the imperial executive class honoring another. The executive class pass one another awards, prizes and extravagant contracts every hour, every day, week and year, and this should no longer surprise me in the least, not by now.

The new Australian Prime Minister Kevin Rudd made this apology, with no reparations and absolutely no softening of his determination to turn aboriginal Black Australian reservations into a series of uranium mines and nuclear waste dumps, in accordance with our own Department of Energy’s Global Nuclear Energy Partnership (GNEP).

But this is just more of today’s political wallpaper, just everyday stuff, no?

I resolved to stop being surprised and turn my attention instead to near miracles like activist GetUp Australia’s musical hit, which made it to No. 4 on the Australian hit parade. Proceeds from the sale of their musical protest song hit go to reunite Black aboriginal Australia families separated by boarding schools and to help them make their own voices heard in GetUp Australia’s environmental, anti-nuclear and aboriginal Australian defense campaigns.
GetUp’s hit parodies new Australian Prime Minister Kevin Rudd’s empty apology to Black Australia:

Lyrics: “If we can imagine the injustice, then we can have justice.”

I think this is also called empathy or, more colloquially, walking a mile in my moccasins.

Ann Garrison can be reached at anniegarrison@thepriceofuranium.com.