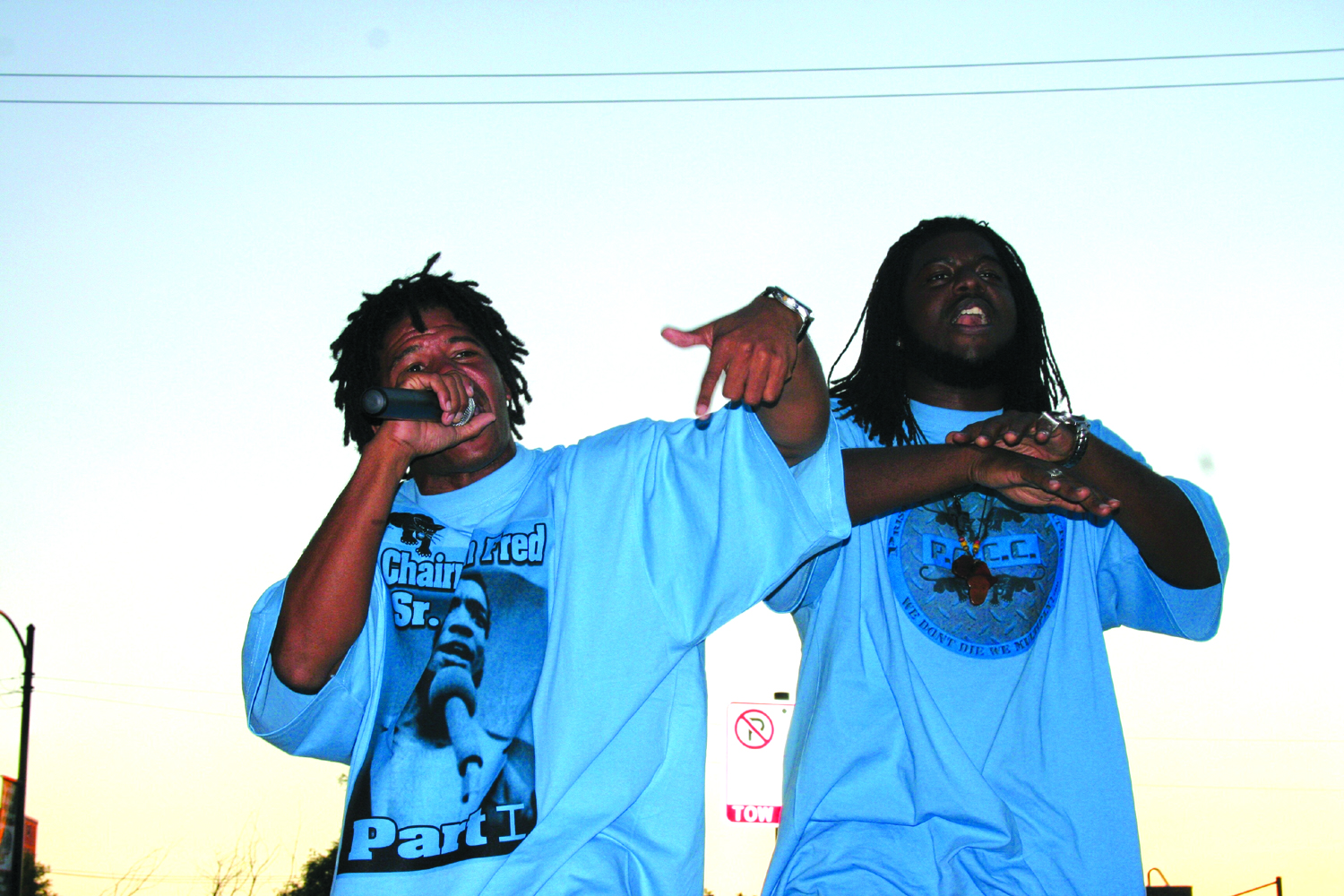 On Saturday, Aug. 30, on the South Side of Chicago, in the Negro League Club aka the POCC’s “Lamp Post,” the 60th anniversary celebration of the birth of Deputy Chairman Fred Hampton of the Black Panther Party kicked off with a film festival and ended with a Chairman Fred Hampton Streetz Party on Chairman Fred Hampton Way, formerly known as Monroe and Western on the West Side of Chicago, the same block where Deputy Chairman Fred and Defense Captain Mark Clark were assassinated by the U.S. government on Dec. 4, 1969. The Negro League featured a number of political films and a discussion hosted by Akua Njeri and filmmaker Ray Baker, amongst the club’s delicious menu of fish, chicken wings, french fries and other soul food. 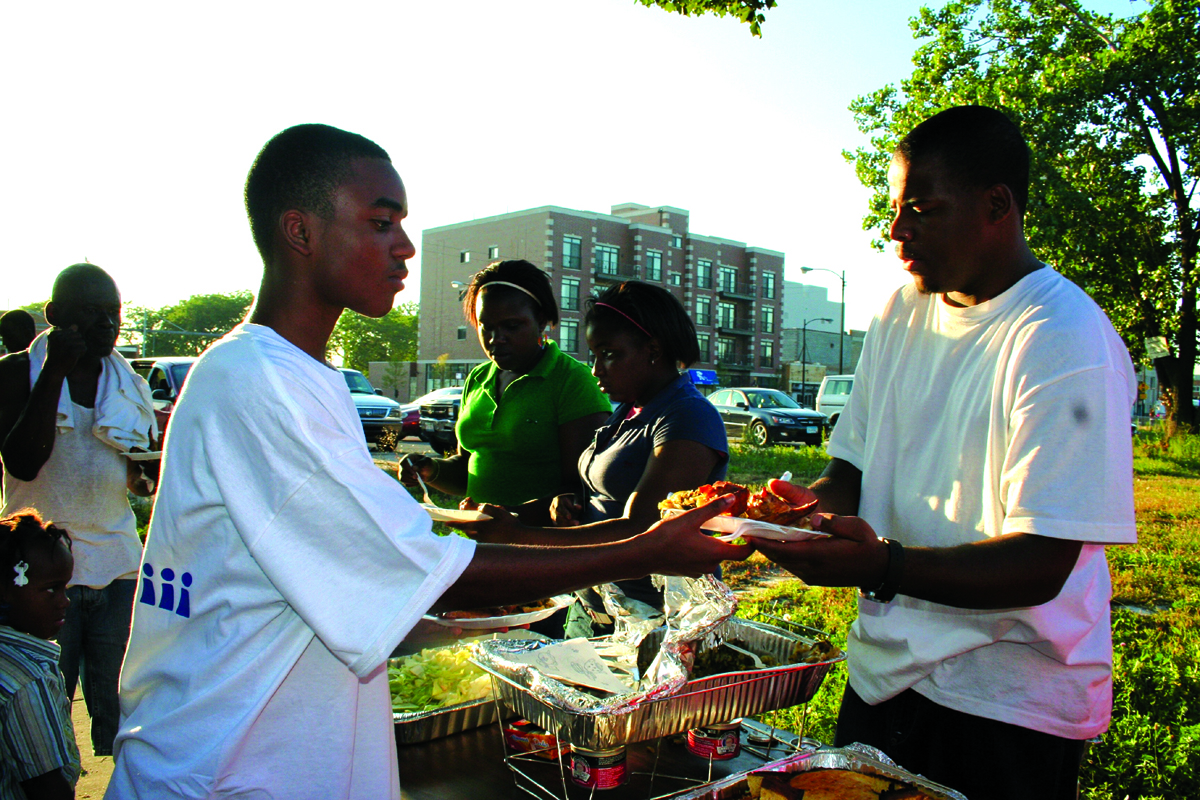 People of all ages from all around the nation filled the streets to hear music, poetry and, most importantly, the words of Chairman Fred Hampton Jr. of the Prisoners of Conscience Committee and Akua Njeri, the widow of Deputy Chairman Fred Hampton and the chairwoman of the December 4th Committee, as they spit the revolutionary politics of the Black Panther Party and the POCC as well as the details of what happened on Dec. 4, 1969, at what was then 2337 Monroe St.

Contingencies from California, Kansas City, New Orleans, Memphis, Gary and, of course, from all over Chicago converged on the dead-end block to celebrate the life of one of baddest, most principled and most articulate revolutionary Black leaders in our history within the United States. 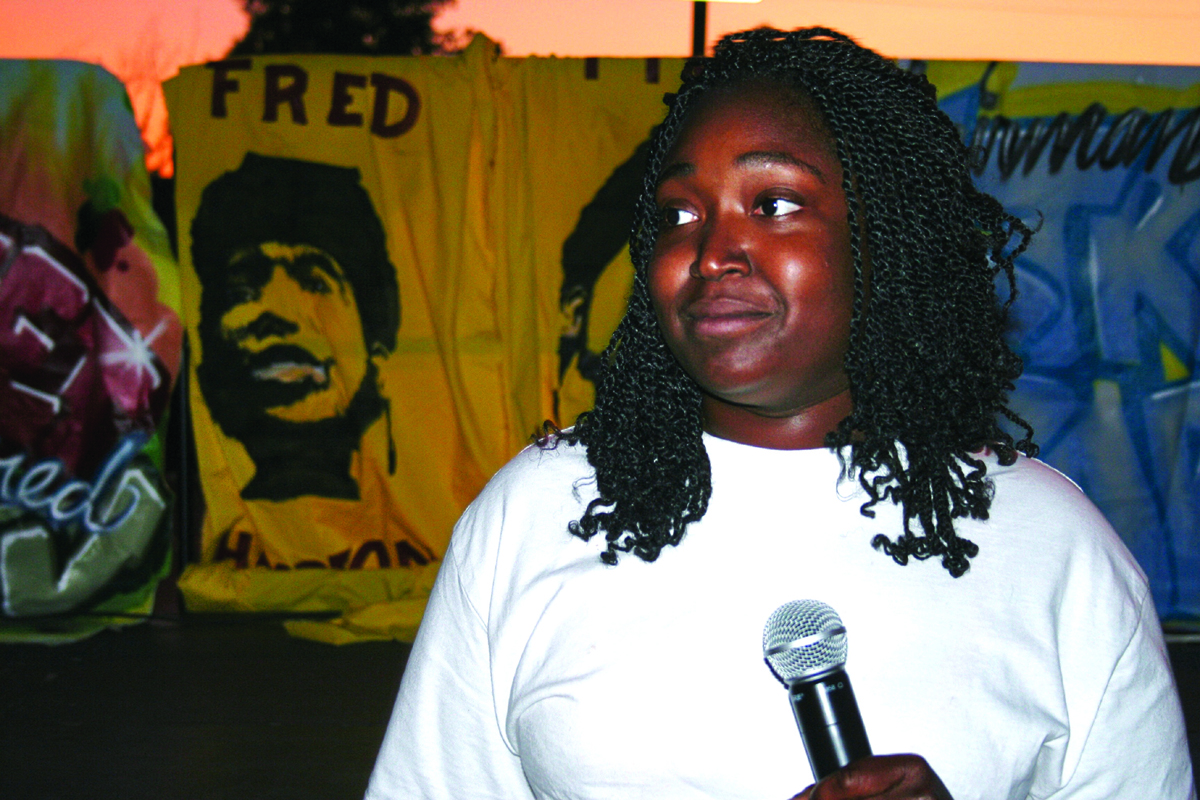 Khadijah Hampton, the granddaughter of Deputy Chairman Fred and Akua, performed a beautiful poem dedicated to her grandmother that brought the listening crowd to tears. Lady Aqua, a Chicago native, rapped her heart out to the people, looking beautiful in an all-white outfit. Naja from Memphis sang a beautiful song that she wrote, accompanied only by her guitar. It was on an Indie Arie-type of tip. Sess 4-5 and Sino from New Orleans, who came to the Streetz Party with POCC New Orleans Coordinator Chui Clark, stole the show with their underground hit “Izam.”

The Prisoners of Conscience Committee organized a free dinner that consisted of barbecue chicken, vegetables and more, as well as an organic vegetable giveaway at the end of the day. Although you would think that everybody would be happy that the POCC was holding a celebration for such a community-oriented young leader like Chairman Fred in a city that has close to 600 murders a year, the feds were visibly keeping an eye on the event from the roof of a nearby building – the same feds that helped to assassinate Black Panthers all across the country, as well as incarcerate them on trumped up charges.

Over all, both days were a success, although the Chicago Police Department threatened the life of POCC Chairman Fred Hampton Jr. on Aug. 26, less than 24 hours after Michelle Obama gave a speech where she mentioned the South Side of Chicago. Nevertheless, the Chairman and the POCC are as healthy and vibrantly organizing for revolutionary change as ever.