No matter who gets elected this week, the next U.S. president should consider an urgent reform to its immigration policy. 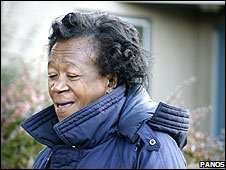 Ms. Zeituni Onyango is a 56-year-old woman from Kenya who is seeking political asylum in the U.S., fearing for her safety.

Kenya, located in East Africa, has seen an increase in violence in recent years, due to politically-motivated and ethnic killings by armed gangs in several parts of the country, including a bloodshed period in December 2007 that killed 1,500 people.

Ms. Onyango is also the aunt of Sen. Barack Obama. She is half-sister of Sen. Obama’s late father. “Auntie Zeituni,” as Obama has referred to her in one of his books, was ordered to leave the U.S. four years ago and she is living in the U.S. illegally, according to news reports.

But Ms. Onyango’s status can be resolved if she gets the right advice and legal support. U.S. government officials disclosed her case to a British newspaper, so it could be used as a political tool to attack Obama’s candidacy. They were wise not to implicate American news media.

The US should give “Auntie Zeituni” a chance to stay legally in America. She should be given an opportunity to prove her case and obtain immigration documents. Not because she is the aunt of Barack Obama, but because she is a human being in need of solidarity and compassion.

Let Ms. Zeituni Onyango get fair and respectful treatment and, in her name, let’s push for fair and realistic immigration reform in the United States, so that thousands of other human beings – immigrants who have been detained and incarcerated or rejected – can find a way to resolve their cases and rapidly become productive members of their communities.

In the worst case scenario, they deserve a safe and respectful return to their homeland under safe and humanitarian conditions.

“Give me your tired, your poor,
Your huddled masses yearning to breathe free,
The wretched refuse of your teeming shore.
Send these, the homeless, tempest-tost to me,
I lift my lamp beside the golden door!”
– Statue of Liberty, New York City

Carlos can be reached through his blog, Carlos in DC, where this story first appeared. “An immigrant from Peru, I write about my whereabouts and experiences living in the diverse but segregated, intense but boring, violent but peaceful, arty but bureaucratic capitol city of the world’s most powerful nation,” he writes.