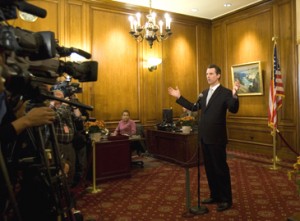 Depending on how you looked at Proposition 8, the proposition either protected traditional marriage and family or banned gay marriage. No on 8 activists argued that the proposition promoted hate and discrimination. However, before the election, I could hear the beginning of a Yes on 8 backlash on talk radio here in the San Francisco Bay Area. I listened to the No on 8 movement imploding and riling the backlash.

On Nov. 4, 42 of California’s 58 counties voted to support Proposition 8. The state’s five largest counties supported it. What happened?

Initially, many voters seemed not to have cared one way or another about gay marriage – and they certainly didn’t care enough to vote against it. However, the video clip of San Francisco Mayor Gavin Newsom’s angry rant that gay marriage was coming “whether you like it or not” surely agitated some people into action to support Proposition 8. The clip got a lot of attention. Push people and people push back.

One man called in to a talk radio show and said that when he saw all the, to use his word, “wackos,” fighting against Proposition 8, he assumed it was a proposition that he should support.

Some supporters of Proposition 8 were concerned that gay marriage would be promoted in schools. Opponents of the proposition argued that it wouldn’t. However, when school leaders joined in the fray to fight Proposition 8, the question arose: If they’re not going to teach gay marriage in the schools, why are these teacher leaders getting so involved? To prove their argument that gay marriage would be taught in the schools, Prop 8 supporters highlighted the true story about the elementary school teacher who brought her class to her lesbian wedding.

Some opponents of Proposition 8 pointed at a high divorce rate and the “failure” of heterosexual marriages. The reaction was not one of defeating Prop 8. Instead, protectors of marriage saw the rising divorce rate as a call to “rescue” the institution of traditional marriage.

In fact, some African Americans voted for Proposition 8. Some didn’t. After Proposition 8 passed, Black gay men holding “No on Proposition 8” signs were verbally assaulted by white gay anti-Prop 8 protesters at a rally in Westwood, California. Though the Black gay men had come to join the fight against Proposition 8, they were called “niggers,” and “their people” were blamed for its passage.

I understand those white protesters might have been angered because they had voted for Obama but then felt stabbed in the back by a “fellow oppressed group” voting for what they felt was their oppression.

However those Black gay men at the protest had also come to fight against Proposition 8. Obviously, those white protesters, who assumedly understood oppression, didn’t see African Americans as individuals. If they did, the white aggressors would have sympathized with the Black gay men who joined them at the rally.

Instead, in their rage, the white aggressors reverted to their assumptions of white supremacy and Black inferiority. Like the drafters of the Constitution – which had been used to defend gay marriage – they dehumanized African Americans.

By racially attacking any Black person, even one wearing a “No on 8” t-shirt, they implied that gay marriage was their “white” gay issue – not the issue of the Black gay men they accosted. The implication: Black people were to support “their” movement, but Black gay people weren’t equally included by it.

Similar stories of white gays blaming Blacks have been posted by Black bloggers on the Internet. Those white gay protesters’ “true colors” showed through their rainbow flags. The gay marriage movement imploded into “nigger, we told you how to vote and you did not do as expected.”

The assaults were inexcusable and presumptuous. If a Black woman votes to support Prop 8 based on her faith, that is her right. Nothing in the Constitution says a person cannot base her vote on her faith. However, it is not the right of white supremacists to tell her how to vote or to attack those who look like her.

So how will the (white) gay movement stop this backlash? One strategy is to PIMP Blackness. Their organizers will probably use African American props – from the same group who were assaulted and called “niggers” at that protest in Westwood. The organizers will want to strengthen their notion that white gay oppression is comparable to racial oppression. What better way of arguing that point than by having an African American making it?

Those gay marriage ads will probably feature Black men with white men or Black women with white women because that helps white gay leaders project the illusion of a “diverse” community to mainstream America. Besides, as white men – both straight and gay – have told me, a white lover makes the Black partner look “less bitter and angry.”

But will all these ads speak more for Black gay men and lesbians or insulate the angry gay white supremacist?

Kheven LaGrone is the editor of “Dialogue: The Color Purple,” a collection of writings by Asian and American scholars on the controversial novel. The book will be published by Rodopi Press in the spring of 2009. He can be reached at kheven@aol.com. 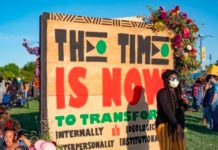 Juneteenth shooting at Lake Merritt: We don’t deserve this

To survive COVID, we need science, not politics 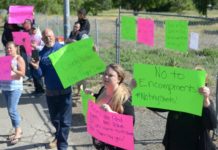 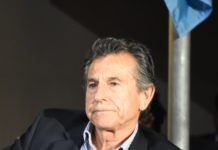 Has an Oakland city councilman become the voice of the anti-homeless backlash?