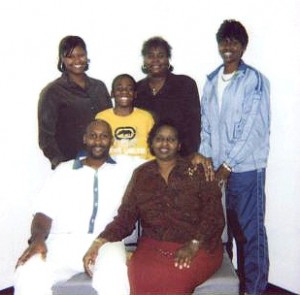 Statistical data is abundant that the criminal justice system, from arrest through sentencing, impacts Black/Afrikan and Latino defendants the harshest, and the death penalty is, of course, no exception.(1) Although some political activists will concede the racist, classist and political aspects of the death penalty in specific cases, we continue to remain uninvolved in the larger struggle to abolish it completely.

Black activists must dialogue and challenge that mindset within our ranks, or we continue to risk that far too many of our brothers and sisters – such as Bro. Gregory (Ajamu) Resnover, Bro. Ziyon Yisrayah, Bro. Shaka Sankofa and potentially Bro. Troy Davis, Bro. Mumia Abu-Jamal and many more – will be wiped off of the planet. If we stand against racist oppression, we must fully understand that we are all under potential threat of life – unwritten death – sentences or straight up legalized lynching. 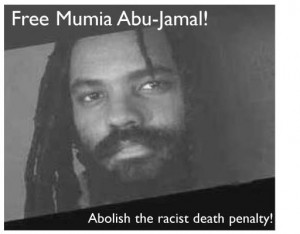 We must include the abolition of the death penalty as a major plank of all of our platforms. No more treating capital punishment as a back burner issue and dismissing it as a largely white movement!

Most people in the Black/Afrikan community very understandably worry more about our children being killed on the streets than by lethal injection. We are so devastated by government-sponsored drugs, increased violence, murders and heartache that discussions around the uneven application of the death penalty are a glaring non-issue when our people live on the frontlines of these war zones.

Each day we hear and read of horror stories that fill us with disbelief, anguish and rage; we all share in the deep sorrow of senseless acts of violence and murder and want to tightly embrace those most closely affected. Many of us want an eye for an eye and so readily identify with being victimized that we even support the executions of juveniles and the mentally disabled in particularly gruesome incidences. It also seems a preposterous topic to raise because most people just can’t foresee that any member of our immediate families could ever face a death sentence.

But when this system offers to murder on our behalf, we must understand that it carries a double-edged sword: Many may believe in the execution of one, but be horrified at the prospect of the execution of another. Unfortunately, we are not given the luxury to pick and choose once we support state-sanctioned murder.

“I must admit that at times I wonder and question the intentions and knowledge of the death penalty activists (abolishers) who are horrified and oppose the killing of human beings, but who are not horrified at the very system in its totality, which renders such biased and unjust sentences upon its citizens and which contributes to the dehumanizing of its citizens. I say in turn that it’s not just the death penalty which must be overturned, but the whole institution of criminal justice as we know it must be overturned.” – From “What Is a Death Sentence?” by Bro. Adullah Hameen, who was legally lynched by the State of Delaware on May 25, 2001

We can’t advocate against the death penalty and expect people to be able to feel where we’re coming from without talking about the prison industrial complex in its entirety, the cradle to prison pipeline. While the vast majority of us very definitely agree with addressing the much-needed healing within our collective family and reclaiming our community from violence from within, we must also deal with increased police aggression against our children in the form of violent police terror attacks and their snatching up of our children, some even at elementary school ages!

The oppression of the Black community via the criminal justice system and its agents intensifies by the day as prison cells are inhumanely overcrowded and the prison warehouses are bursting at their seams. The police attacks that lead to incarcerations can now be more openly viewed in all their sick glory via the internet with its videos and on-the-scene accounts, putting their hate speech, beatings, shootings and murders on full blast before the world.

We are also all too familiar with the massive oversentencing of Blacks vs. their white counterparts, manufactured evidence, tortured confessions, deliberate confusion and lies and even more. Our children are seen as sub-human, easily manipulated, undomesticated and unemployable, sent down a conveyor belt straight to these dungeons and thus insuring the financing of their own encagement.

State and private prisons are among the largest employers in many towns and the profiteers are plentiful, including the phone companies and the many, many corporations who provide and receive untold services and benefits from these hellholes. It is mindblowing.

Organizers are too often painted as “siding with criminals” when addressing the disparities within the system and at times are even accused of being in denial about inmates’ culpability in the commission of crimes. After all, they will argue, they did wrong, they knew they were doing wrong and they should pay!

Even though many folks will concede that some captives may be innocent, at least of lesser counts than those with which they’ve been charged, and that some belong in drug or psychiatric treatment and not prison, and that of course some are becoming more hardened and callous than when they went in, and that yes some will be raped, beaten, tortured, enslaved for corporate profit while in prison and even killed – the bottom line for many remains that our community cannot be seen as making excuses for crime, a la Bill Cosby. As a result, many of our brothers and sisters will advocate even harsher punishments than the system already has in place and mimic those who would call for the jailing of our children for “crimes” such as wearing sagging pants or violation of noise ordinances.

We still yet believe that this system’s laws are designed to protect us, when nothing could be further from the truth! When presented with evidence that the death penalty is race- and class-based and not evenly applied, many will respond that yes, it needs to made fair, but it doesn’t need to be gotten rid of, not in all cases. Unfortunately, however, this system’s very foundation of racism and corruption can never be reformed or “made fair,” so it definitely cannot be trusted to determine who lives and who dies!

“As I sit here on my bed, exhausted yet full of joy and uncertainty, feeling the affects of seven and a half years of constant chemotherapy, I am reflecting on the day of Sept. 23, 2008, as we entered the grounds of the Georgia Diagnostic and Classification Prison, where I wanted to cry but I could not; I wanted to yell but I could not; I wanted to leave but I could not. Then I watched the expression on my son’s face, that for the first time in his 14 years of visiting death row, he witnessed more than 100 SWAT, Tactical Squad officers, corrections officers with dozens of dogs, shotguns in hand, all because the state of Georgia wants to kill his Uncle Troy. I have only seen such force on television from the civil rights era.” – from “Silencing our Joy” by Sis. Martina Correia, sister of innocent death row prisoner, Troy Davis, Sept. 25, 2008

When addressing the needs of families of victims of crime, we must include the families of death row inmates. They are among the most underserved and unspoken of as they, too, cope with the tremendous depression suffered by all grief-stricken victims. These families, adults and children, are barely able to function while on the dizzying legal rollercoaster leading up to their family member’s date with death.

Some are treated as pariahs within their own community while struggling to carry on with work and school – simultaneously acting as their loved one’s source of emotional and financial support, traveling sometimes incredibly long distances to visit through glass or even by video, gouged by outrageously over-priced phone calls and advocating for these inmates with inadequate legal representatives(2), politricians and god-complexed prison officials. These families are not offered comfort or treated with even the most basic human dignity.

Capital punishment is itself premeditated murder! It’s about keeping alive this country’s bloodthirsty passion for legalized lynching, a passion which they will fight to feed even in the face of overwhelming innocence, recantations of perjured testimony, even to the point where an unhealthy inmate will be cured just so that they can be healthy enough to be murdered on death day!

The good news is that more and more community activists, and most significantly our creative and genius-filled young brothers and sisters, are not only adopting a community-wide view that eclipses the media and societal pressure to be consumed with self and self alone, but even understanding the broader significance of our people’s global struggle for liberation and self-determination!

There exists an incredible potential to seize the time and build a strong anti-death penalty contingent within our organizations and/or to make certain that a representative of our groups becomes involved with existing anti-DP organizing in our area, lest we continue to scramble and scurry when emergencies arise. There is an immediate need for education and discussion around the issue of capital punishment and there is an abundance of anti-DP information on and off-line to be disseminated within any gathering of our people.

Furthermore, these politricians have to be made to feel that their continued allegiance to capital punishment will negatively impact their careers, and so will anyone else who purports to act as a religious or other type of representative spokesperson for our communities.

Addressing police and prison issues is critical to rebuilding grassroots activism in any real and meaningful way, and the issue of state sponsored murder is a crucial part of that. This is the system that far too many of our families are touched by and, as Bro. Hameen wrote, not just the death penalty but “the whole institution of criminal justice as we know it must be overturned.” We must make it “un-hip” to be down with the death penalty, particularly amongst our own ranks!

Freedom fighter Sis. Marpessa Kupendua can be reached at nattyreb@comcast.net. Ask to be added to her email distribution list for news from and about political prisoners and on other urgent issues.