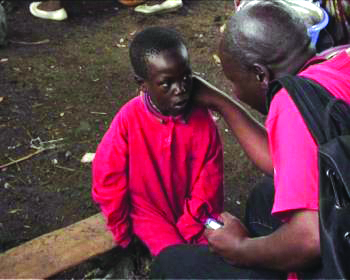 Last summer, the national news media announced the deaths of four gorillas killed in a national park in eastern Congo. A United Nations delegation was quickly dispatched to investigate.

As a Congolese living in the United States and hungry for news from back home, I was thankful for the coverage. But since my grandparents still live in east Congo, I would have also liked to have heard about some other recent breaking news items: women being raped, children being enslaved, men being killed and many more horrors. I would like to hear about the nearly 6 million lives lost, half of them children under age 5, that every month 45,000 people continue to die in the Democratic Republic of the Congo (DRC) and that the scale of devastation seen in Darfur happens in the Congo every five and a half months.

Oct. 19-25 was “Break the Silence” Congo Week, a global initiative led by students to raise awareness and provide support to the people of Congo. There were participants in more than 30 countries and on 125 college campuses, including key student leaders at North Carolina A&T, the University of North Carolina at Chapel Hill and Greensboro, the University of Maryland, Howard University, Bowie State University, Bryn Mawr College and Cornell University. Students showed films, held teach-ins, hosted fundraisers, organized forums, participated in a cell phone boycott on the Wednesday and undertook many more activities to raise awareness about the dire situation in Congo. Communities also organized interfaith prayer vigils to ask for peace in the DRC.

Part of the challenge is educating people about the history of Congo, which has struggled to overcome its Belgian colonial past, and the present scramble for its rich natural resources by multinational corporations.

Joseph Conrad’s 1902 novel, “Heart of Darkness,” covered the period in the country’s history when King Leopold II owned Congo as his own private property. The widespread misreading of Conrad’s novel cemented an incomplete picture of the continent as a dark, uncivilized place.

In reality, the source of the conflict in Congo for most of its history has been the scramble for its enormous wealth, not the internecine, ethnic bloodletting more commonly blamed. In the late 1990s, Congo was invaded twice by Rwanda and Uganda with the backing and support of the United States, as documented in the 2001 congressional hearings held by Reps. Cynthia McKinney and Tom Tancredo. It was these invasions that unleashed the tremendous suffering that exists in Congo today.

But it is not just history that needs to be re-examined. From copper, tin and cobalt to coltan – a mineral found in cell phones, video games and other gadgets we have come to rely on – American corporations stand to make millions at the expense of the people of Congo. Dan Rather’s recent report on Phoenix-based FreePort McMoRan’s odious contract in acquiring what many say is the world’s richest copper deposit is but a window into the systemic exploitation of Congo’s wealth.

The source of the conflict in Congo for most of its history has been the scramble for its enormous wealth, not the internecine, ethnic bloodletting more commonly blamed.

There are strong advocacy relationships that can be built on. Even before 1974, when Congo – then known as Zaire – gained international attention hosting the “Rumble in the Jungle,” the historic boxing match between Muhammad Ali and George Foreman, African-Americans in particular have a long history of championing the country’s cause. In 1909, William H. Sheppard, the first African-American to serve as a Presbyterian missionary to Congo, gave a frank account of atrocities he witnessed during King Leopold’s barbaric reign. During the same period, the African-American historian George Washington Williams did the same.

Today there is a new imperative for the global community – and African-Americans in particular – to bring light to the story of Congo. “Break the Silence” week is an apt place to start.

In 1961, Congo’s first freely elected prime minister, Patrice Lumumba, said: “We are not alone. Africa, Asia and free and liberated people from every corner of the world will always be found at the side of the Congolese.”

We must not be left to stand alone now.

Kambale Musavuli is a Congolese activist and member of Friends of the Congo. He is pursuing a civil engineering degree at North Carolina A&T State University and can be reached at kambale@friendsofthecongo.org. “Student activist focuses on Congo” tells more about this extraordinary young man, and watch, hear and read “Kambale Musavuli on the ‘Forgotten War’ in the Congo” broadcast by Democracy Now! on Oct. 27. This story first appeared at www.pambazuka.org/en/category/comment/51385. Comments to editor@pambazuka.org or online at www.pambazuka.org/ are welcome, as are comments here at www.sfbayview.com. 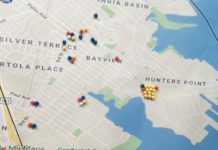 The bomb in our bodies