If you are HIV positive but do not yet have AIDS, you are probably eligible for Medi-Cal 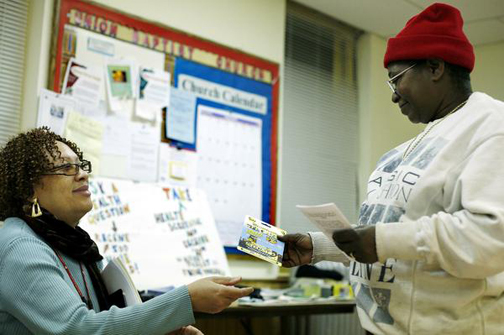 Los Angeles – The Los Angeles Superior Court has entered a judgment and will issue a writ ordering California’s Department of Health Care Services (DHCS) to implement a landmark 2002 law intended to extend Medi-Cal (California’s version of Medicaid) coverage to HIV-positive Californians. In addition to detailing specific steps that must be taken in order to be considered in compliance, the court has issued a writ commanding the department to “make and file a return to this writ within 120 days of issuance, setting forth what you have done to comply.”

Earlier this month, the court ruled that the health department “arbitrarily failed to meet its statutory duties” in implementing the 2002 legislation. The ruling came in a case filed by AIDS Healthcare Foundation (AHF) which sought to compel DHCS to comply with legislation intended to extend Medi-Cal coverage to HIV-positive, non-disabled people who would otherwise qualify for Medi-Cal. Prior to the passage and signing of the legislation, Assembly Bill 2197, only those who had advanced to a diagnosis of AIDS were considered eligible for Medi-Cal enrollment and coverage.

“Despite an excellent record on AIDS issues, Gov. Schwarzenegger has been ill-served by his administration, which for six years has failed to enact this crucial – and ultimately cost-saving – health care legislation,” said Michael Weinstein, president of AIDS Healthcare Foundation, the U.S.’ largest HIV/AIDS organization, which operates AIDS treatment clinics in the U.S., Africa, Latin America and the Caribbean and Asia, including 12 clinics in California. “We thank the court for this judgment which compels the state to do its job by implementing this important legislation passed by the state’s representative government and signed into law by the governor.”

In the judgment, the court orders the state to:

“1. Conduct all outreach and awareness activities necessary to encourage the voluntary enrollment into Medi-Cal managed care of persons who are disabled as a result of AIDS pursuant to Welfare and Institutions Code 14149.3, subdivision (g);

“2. Determine the savings generated by the increased voluntary enrollment into Medi-Cal managed care of persons who are disabled as a result of AIDS pursuant to Welfare and Institutions Code 14149.3, subdivision (f) (1);

“4. Seek the appropriate federal waiver under Section 1115 of the Social Security Act (42 U.S.C. Sec. 1315) to implement the expansion of eligibility provided for pursuant to Welfare and Institutions Code 14149.3, subdivision (j); and

“5. Take any further action specially enjoined on them by the law. Nothing in this judgment or in that writ shall limit of control in any way the discretion legally vested in respondents.”

AB 2197 came about in part in response to a call by the federal Centers for Medicare and Medicaid Services for states to seek waivers to extend healthcare services to low-income individuals in the early stages of HIV. As written and signed into law back in 2002, AB 2197 directs California’s Department of Health Services to, among other things:

In 2002, California Gov. Gray Davis signed Assembly Bill 2197. The bill, which had been introduced twice before in the California legislature in various versions as far back as 1997, honored a campaign pledge Davis made during his first California gubernatorial campaign.

At the time of its passage, AB 2197’s author, Assembly Member Paul Koretz, D – West Hollywood – now retired, said: “This bill is a win-win for the state and for persons living with HIV. It will provide access to more reliable, stable health care for these individuals at no additional cost to the state. The strong bi-partisan support this bill has received is testament to the fact that it is a very sensible, cost-effective approach to improving access to health care.”

AB 2197 had been the highest priority that legislative year for California’s leading AIDS organizations – including the Southern California HIV Advocacy Coalition (SCHAC), the sponsor of the bill, representing 10,000 individuals throughout the Southland, and AIDS Healthcare Foundation, the nation’s largest specialty provider of HIV/AIDS medical care with clinics in Southern and Northern California.

As a result, many HIV-positive Californians had to progress to an AIDS diagnosis – in essence get sicker – in order to then access care, via Medi-Cal. Sadly, because of the state’s failure to comply with AB 2197 almost five years after its passage, this still largely remains the case today.

Open letter to Assemblywoman Melendez: Prison is no country club