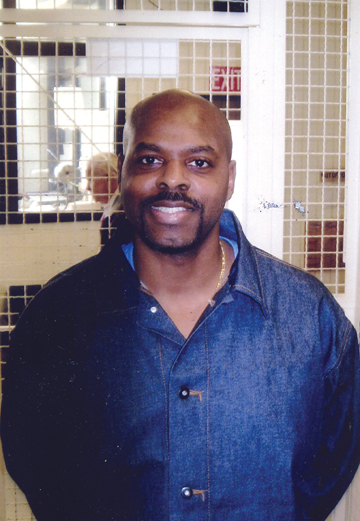 Far too often it appears that the death penalty debate hinges on the method of execution. Sodium thiopental followed by pancuronium bromide or potassium chloride – is this a simpatico cocktail? Has anyone reconsidered the gas chamber, electric chair, lynching, firing squad or guillotine?

Pick your poison … it all equates to government sponsored premeditated murder. As death penalty opponents, we cannot afford to slip into this quagmire of legitimizing any method of execution. The concept of a humane execution is an oxymoron. Any way that you enunciate it, “The Method of Execution” is synonymous with cruel and unusual punishment inflicted.

We cannot fall for this circular straw man argument over method: If only we could find the correct draconian, barbaric “method” for the government to premeditatively murder death row prisoners … Death penalty proponents have the temerity to employ the “method” debate as a distraction from the germane issues.

We are fighting to abolish the death penalty because it is morally, ethically, socially, culturally and even economically reprehensible. No one has the right to murder – not even the government. Our government is fatally flawed as a whole: riddled with corruption, mistakes and racism.

The death penalty is final – no place for corruption, mistakes or racism. There will never be a humane way for the government to premeditatively murder prisoners on death row. The government absolutely must be genuinely flawless in all aspects of litigation and law prior to state sponsored premeditated murder, yet nothing concerning humankind has ever been flawless.

Each death penalty sentence is a notch on the prosecutor’s bedpost. The prosecutrix I faced was immediately elevated to the judiciary subsequent to my death sentence. Contemporaneously I was being erroneously caged inside the venomous belly of the diseased beast squatting by the Bay – San Quentin; ergo ultra ambitious prosecutors with everything to gain metastasize in this cesspool. Over 1 million additional dollars rendered per death sentence, when juxtaposed to a sentence of life without the possibility of parole. Could these billions of taxpayers’ dollars be spent on poverty eradication, health care, education and infrastructure?

Upon graduation, medical students take the Hippocratic Oath, which states in relevant part, “Most especially must I tread with care in matters of life and death. If it is given me to save a life, all thanks. Above all, I must not play God.” This begs the question: Why are medical personnel violating their oath by participating in government sponsored premeditated murder? Are they in fact playing God?

We are battling to put an end to the mindset that would execute an innocent person. Immoral, unprincipled, biased prosecutors and judges turn death penalty trials into a farce and a shame by allowing fabricated evidence logs and police reports, false and/or perjured testimony, unreliable evidence, discovery violations, destroyed exculpatory evidence as well as prosecutorial misconduct for the state and/or government. In the same vein, they reject exonerating evidence proffered by the defense.

Prosecutors and judges who are death penalty proponents should be excised from the just-us system. The United States Constitution – more distinctly the amendments codified in the Bill of Rights; for example, Amendment V, “No person shall be deprived of life, liberty, or property, without due process of Law” – is an empty formality in the trial courts. Similarly, equal protection of the law, right to a fair trial, jury of your peers, death penalty qualified attorneys pursuant to the American Bar Association, proper defense funding, required expert witnesses, adequate appellate review … exist only in theory.

Approximately 130 death row prisoners have been exonerated since the 1976 reinstatement of the death penalty. Copious innocent death row prisoners are being wrongfully premeditatively murdered by the United States government. The influence of passion and prejudice manipulated by the corporate media insures an innocent defendant’s death sentence.

How would I know? Well, I am one of the innocent on death row awaiting exoneration. I have been held captive on California’s death row for two and a half years – no time to procrastinate in the struggle!

We are struggling for the people who cannot labor for themselves. Death row can be overwhelming, causing suicide – mentally ill death row prisoners volunteering for execution via abandoning their appeals to expedite death. Over 10 percent of death row prisoners executed since the 1976 reinstatement of capital punishment in the United States have been volunteers.

We all need to have a reason to get up in the morning. If we lose the desire to rise, we die – psychologically, emotionally, socially and inevitably physically. Motivation to face another day, attempting to make each day more productive than the day before, is essential to life.

Every person convicted and sentenced to death who dies before the appeal process is exhausted dies an innocent person pursuant to the legal principle in United States law: “abatement ab initio.” This legal principle nullifies and extinguishes indictment, jury verdict, conviction and sentence as if they had never existed. Who enforces this law? Surely we cannot expect immoral, sanguinary judges, prosecutors and investigators – who make a living of death sentences – to obey the law, consequently deducting from their murder count … former Enron chairman Kenneth Lay. Convicted of conspiracy and fraud, he died July 3, 2006, an innocent person pursuant to “abatement ab initio” equal protection of the laws … right?

There are 700 or so people on California’s death row and I am number 600 plus. Am I supposed to quietly stand by while California executes over 600 people – until my number comes up? I will speak out for all of the people on the government’s hit list – I mean short list. Shut down the death machine … no humane way to murder.

Unity in our common cause is essential! I will continue the ardent struggle from the “inside out.” As you fight to abolish the death penalty from the “outside in,” may we intersect in success! Immorality depicts the death penalty – accordingly the “method” is obsolete.