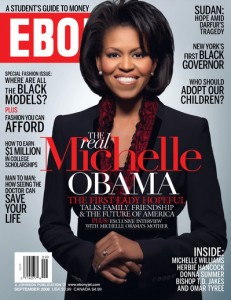 The 2008 presidential race has the potential of bringing into focus the long ignored issues of misogyny in American society as it relates to Black women. It also provides an opportunity to redefine traditional views of beauty. Historically, European concepts of everything from parenting, family matters, fashion and the social pecking order have been the standard by which the world judges right and wrong or good and bad.

I can recall watching my own sister play with her Barbie doll when we were children and hearing her share lamentations with my mother regarding a belief that she was not pretty because she did not posses the genetic features and characteristics of the doll. I would sit at the kitchen table confused as I listened to my mother’s attempts to build up her self-esteem by praising her on her beauty, while simultaneously burning her scalp with a hot comb to make her hair straight like a European’s.

My mother’s generation, “the civil rights generation,” seemed hell bent on having anything that the dominant European culture had, regardless of whether what they were seeking was good for them or not.

As a result, the African American Gen X population seems for the most part to be suffering from self-hatred and lack of esteem, which have ultimately proven to be detrimental to the Black community in particular and the entire country in general. What I mean is this: When the female in any society is held down – ideologically, educationally or racially – the entire society suffers because the female is the primary teacher of the children and thus the nation.

When any member of our society is taught that their value is less than anyone else’s based solely on physical characteristics, our society is guilty of undermining the potential of human development in the world. Black women have proved their value time and time again throughout the span of recorded history. Their sacrifices, spiritual resilience, mother’s wit and nurturing have benefited every race and ethnic group on the planet. The majority of the founding fathers of the United States of America were taught and trained not by their biological mothers, but by female African slaves – traditionally referred to as “Big Mamas” or “Mammies.”

Michelle Obama as the first lady of the United States of America allows people of color to look to an image of beauty that resembles their own physical make-up, and the possibilities begin to become broader, dreams brighter and expectations higher.

When the child in the projects of New Orleans can look at the first lady and see herself, that iconography alone works as a powerful antidote towards curing what ails America.

When the child in Botswana is considered as beautiful as the child in Malibu, we will have made major strides in developing greater human connectivity. When we look at one another and see that we each are individually unique, individually beautiful and individually blessed, our world will change for the better because only through tolerance and inclusion can we ever have peace.

When the Michelle Obamas and the Cindy McCains of the world are considered equally beautiful, without need of copying the physical features of one another, we will have CHANGE WE CAN BELIEVE IN. 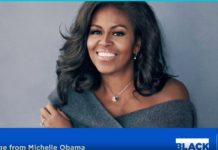 We can do this! A PSA from Michelle Obama 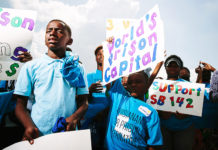 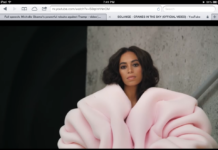 How Solange and Michelle saved me from the beast of Trump