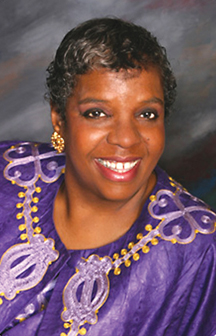 News of the sudden death on Christmas Eve of Dr. C. Diane Howell, publisher of the Black Business Listings (BBL), producer of the Black Expo and executive director of the non-profit, SEEDS (Self-Empowerment though Education, Entrepreneurship and DreamS), has prompted an outpouring of grief.

“She was hospitalized a few days ago, and her condition worsened,” an email sent to members of the Oakland African American Chamber of Commerce on behalf of the BBL/Black Expo reported on Christmas Day. “Last night she was called home.”

“Dr. Howell was a beacon of optimism and hope, particularly for the owners of minority businesses in Oakland and throughout the Bay Area. She sought to provide guidance and counsel through her publication The Black Business Listings, which served as a tremendous resource of information for owners of minority businesses throughout Oakland,” said Congresswoman Barbara Lee in a statement.

“I had the privilege to address the readers of her publication by writing monthly columns for The Black Business Listings, and it was my honor to do what I could to support Dr. Howell in any endeavor she pursued.

“However, Dr. Howell was more that an advocate and supporter of owners of minority businesses; she was active in the political arena as well. Dr. Howell worked tirelessly in the days leading up to the election for President-elect Barack Obama, traveling throughout the West in an effort to urge our neighbors of the importance of being engaged during this important moment.

“As such, Dr. Howell played a critical role in American history and she, like many of us, was overcome with joy and pride in Obama’s successful bid for the presidency.

“Dr. Howell was a great friend and human being. I was proud to call her my sister, and I will miss her kindness, wise counsel and her love,” Rep. Lee concluded.

“In the early days of the ‘80s and ‘90s, I remember her drive to make the Black Business Listings something that would benefit the community that had been so long disenfranchised and we, as young women, vowed to make a difference. She carried on and made a huge contribution that I hope will be continued and supported by others now in her absence. Her legacy will not be diminished, cannot be diminished, and her sacrifices, which I am sure were many, will not go unrewarded. May God take you to your place of rest with honor, Sister,” wrote another friend.

Publicist Jackie Wright praised Dr. Howell’s “positive activities in the Black community. When people only see the violent crimes and the negative news over the airwaves without the balance of the people promoted in Black Business Listings and the Black Expo, they have a short-sighted and distorted perspective of Black and minority communities. Dr. Howell’s work was a light piercing through the darkness of ignorance that benefited the Bay Area economically, socially and spiritually. …

Dr. Howell was a clinical psychologist by training. After graduating from Hyde Park High School in Chicago, she went on to attend Barnard College, Co- lumbia University, in New York City, where she received her B.A. in psychology.

Determined to go to school and see the world, she then headed for California, where she attended the University of California at Berkeley. She soon became, to her knowledge, the first Black woman to receive a Ph.D. from the Psychology Department at the university, according to BlackEntrepreneur.com.

Upon graduation she became licensed as a psychologist and opened a part-time private practice. As a graduate student, she had become involved with the Bay Area Association of Black Psychologists. In 1983, she became the organization’s president.

In order to increase the association’s visibility, she started a newsletter in 1984. That newsletter, “Black Perspectives,” evolved and changed not only her life, but many others.

Through her work in her profession and in various social and political circles, Dr. Howell recognized the need to better promote African American businesses in the Oakland San Francisco Bay Area. Doing her part to fill this void, Howell launched Black Business Listings (BBL) newspaper from her personal computer on her dining room table. With no staff and no capital reserves, Dr. Howell published first edition of BBL in newsprint in 1989.

She continued her practice as a full-time psychologist until the demand for BBL allowed her to do so no more, and she became a full-time publisher. Initially publishing bi-monthly, she expanded to 10 times a year in 1990. She was editor and publisher of BBL for almost 20 years.

The next year she began coordinating Black Expo in Oakland and in 1996 she took over full responsibility for producing the event, after the national Black Expo USA removed Oakland from its schedule. Howell focused on “raising the bar” and creating a well-produced, multifaceted, much anticipated event.

Since then, Howell made sure that the Expo, which drew tens of thousands every July, offers something for everyone. It includes a College Day for young people and their parents, a Home Buyers Fair, a Health Fair that aims to reduce the health disparities in the Black community, and an Internet Café, where young and old can learn more about computer technology and the internet. A variety of vendors – some local and others from throughout the country – were able to build their businesses by offering their wares to the throng.

Dr. Howell gave out hundreds of awards to outstanding Black leaders. And she has received numerous awards as well for her tireless efforts to encourage African American economic development. Most recently, she was given the Community Award by the 100 Black Men of the Bay Area at their Annual Gala in San Francisco.

Just over a year ago, Dr. Howell wrote the obituary for another beloved member of the Oakland community, Chauncey Bailey. Though shocked at his tragic death, she honored her fellow journalist within hours of his passing with a story that appeared in the Oakland Post and across the nation.

“Our appreciation goes out to all of you who have touched her life, and as always please keep her family in your prayers,” said the email announcing her passing. She died from complications of pneumonia. She was 58.

Reginald James is managing editor of Harambee News, where this story first appeared. He can be reached at reggiegeneral@yahoo.com. Bay View staff contributed to this story.

Track coach teaches kids, one step at a time