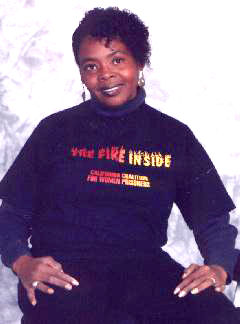 In the months leading up to the Nov. 4 election, the California Coalition for Women Prisoners was part of a statewide effort by advocacy groups to educate voters about the terrible impact Proposition 9 would have on prisoners and parolees if it passed. Unfortunately, it passed by a 53-47 percent vote. Now life-term prisoners – lifers – are beginning to experience its effects. On Jan. 14, when political prisoner Hugo Pinnell appeared before the Parole Board, he was told to come back in 15 years!

Legal challenges, public education and grassroots mobilization are the only ways Proposition 9 will be overturned. The UC Davis School of Law’s Civil Rights Clinic and Federal Public Defender have filed a lawsuit in federal court to challenge the 15-year parole denial element of Prop 9 on a constitutional basis.

They have asked for an injunction, and they have a hearing date of Jan. 30 before federal Judge Karlton. TiPS (Taxpayers for Improving Public Safety) filed a suit on Dec. 31, 2008, in Sacramento Superior Court asking the court to issue an order to block the entire proposition because it is an unfunded mandate and therefore can’t be implemented. The article that follows by political prisoner Sara Olson graphically explains how people inside the prisons are experiencing the aftermath of Prop 9.

Proposition 9: What the voters passed

In the 2008 election, while the public’s attention was focused on electing the nation’s first African-American president, not many besides prisoners, their families and advocacy groups noticed the passage of Proposition 9, a.k.a. Marsy’s Law. Marsy’s Law is a disaster for life-term prisoners – lifers – who must face the reactionary state Parole Board (Board of Parole Hearings or BPH) in order to secure a parole date. While few lifers were given parole dates before Marsy’s Law, now parole for lifers could well become a relic of the past.

A lifer must appear many times before the BPH before a date is granted. If a date is granted, a prisoner must wait for 150 days to find out whether or not the current governor will block their date, an inherently politicized decision. In between parole denials, inmates get rollovers. A rollover is the time between one parole hearing and the next.

Before, rollovers were for one to two years. They could be given for five years if a prisoner was convicted of first or second degree murder but that was not usual. Marsy’s Law sets 15 years as the standard rollover. Thus, a lifer sent to prison in her early 20s has her first parole hearing at 40 years old and she is rolled over for 15 years. At 55, she gets rolled over for 15 years once again.

While Marsy’s law allows for rollovers from three to 15 years, it sets strict standards for the board to shorten the denial period. Only if there is “clear and convincing evidence” can the board decide to give a rollover of three (highly unlikely), five, seven or 10 years.

Proposition 9 has many other harmful provisions. It states that the Department of Corrections cannot reduce sentences or call for early release of prisoners to reduce overcrowding despite the fact that overcrowding is at an explosive level in California. It requires that a notice of parole hearings be sent to any victim of any felony for which the prisoner has been convicted, including any crime leading to the life term as well as any other felonies. It increases the number of victims’ affiliates permitted to attend parole consideration hearings, eliminating the previous requirement that representatives have a specified relationship to the victim of the crime.

Prop 9 limits parolees’ rights, too. A federal judge granted an injunction to stop the implementation of these portions of Marsy’s Law in response to a motion that argued that Prop 9 “eliminates parolees’ guarantee of counsel except in narrow circumstances, eliminates the ability to confront certain witnesses at parole hearings and restricts consideration of alternatives to prison … [It] purports to eliminate nearly all due process rights of parolees and directly conflicts with the protections put in place by … established constitutional law.”

A friend of mine went to her first documentation hearing before the BPH. The documentation hearing is a lifer’s first appearance before a commissioner who explains the function of the board and tells her what will be expected of her for actual parole consideration. The commissioner looked through her Central File. In it, he found a 115, which is a disciplinary write-up. He asked her, “What’s this?” He was very concerned. So was she. She had never gotten a 115. Suddenly, she noticed that the name on the 115 wasn’t hers. She pointed this out to the commissioner. He then asked, “Wha-? How’d this get in your file?” Exactly.

Lifers say that attorneys’ attitudes are changing. They are giving up because of Marsy’s Law. Why try when nobody the state appoints them to represent will get a date? Prisoners with board hearing dates come into the prison law library and ask, “How do I replace my state-appointed lawyer? He won’t help me. I can feel it.”

One lifer said that she heard an attorney say, “There’s no hope and the board wants ‘good girl’ chronos to show the prisoner joined prison organizations and participated in projects or showed up to work day after day, year after year. They want certificates of completion for vocation and educational classes, a GED and on and on – all ‘pretend’ accomplishments, ‘pretend’ in the sense that the commissioners pretend they ever made a difference in granting a parole date. Soon there’ll be no AA or NA classes for lifers because they’re never getting out anyway but they’ll still be asked to do book reports from self-help books to prove that they’re sincere about rehabilitation.”

After realizing how catastrophic Marsy’s Law will be for her chance to parole, one lifer I know at CCWF wrote: “The Board wants you to prove you’re rehabilitated, to prove that you’re remorseful and to make amends. They want you to change. How can you now? The victim’s family will never change. They don’t care if you do because they get to be your judge, jury and executioner thanks to Prop 9.”

by Kiilu Nyasha and Claude Marks 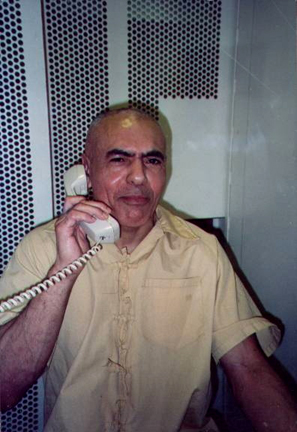 The California Parole Board held a parole hearing for Hugo Pinell, known as Yogi, on Jan. 14 at which they denied him parole and scheduled him to return to the board in 15 years! Previous denials had been no more than two years, an earlier one five years. So what has changed?

In November, the last state election, voters passed Proposition 9. Under Proposition 9, people serving indeterminate life sentences who come up before the Parole Board and are denied parole could be denied a subsequent hearing for up to 15 years. Prop 9 increases the time between parole hearings for life-term convicts from one to five years to three to 15 years, for no good reason.

Proposition 9 argued that people convicted of serious crimes are being released from prison easily and frequently. This simply is not the case. At present, about 30,000 people are serving life sentences. Approximately 4,000 of those apply for parole each year, going before a two-member panel for a parole recommendation. Only about 2 percent are given a favorable decision and, of those, the governor rejects two-thirds. Thus, fewer than 1 percent receive release dates in a given year. As an example, in 2006, only 23 prisoners with indeterminate sentences were granted parole, fewer than 0.5 percent of those eligible for release.

Hugo Pinell has been in Pelican Bay SHU – no phone calls, no contact visits, isolation 24/7, no windows or natural light, very restricted possessions, visits limited to less than an hour and only on weekends and holidays with him in a “phone booth” – for19 years. He was in other California lockups – San Quentin, Folsom, Corcoran – for 38 years and in prison a total of 45. He’s had clean time – no write-ups – for 25 years.

Pelican Bay is isolated in the Northwest corner of California, a very long trip by car – the only means of getting there. His mother, now 87, has health problems but has continued to make that long trip to visit her son, now 64 years old. Can you even imagine how she’ll react to this horrible news?

Georgia of California Prison Focus called from Pelican Bay to say that Yogi’s handling it well, although he’s very sad, understandably, and very worried about his mom.

We have to stop this in its tracks. This is absolutely outrageous!