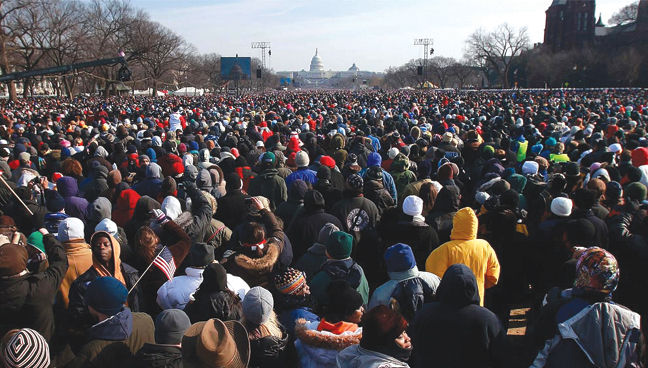 With poise and considerable grace, Barack Hussein Obama took the stage of history and tried to turn a mammoth page in the book of America’s national life.

With an air of seriousness and exuding confidence, he glided across the stage, shaking hands, giving hugs and kissing ladies. He seemed to particularly revel in shaking hands – and hugging! – the next to the last number of the exclusive club of 44, former president George W. Bush.

But if Barack Obama was the shining star to Bush’s fading star of this political moment, the other star that shone brightest was the People, who filled the streets in ways that seemed unprecedented – by the millions. 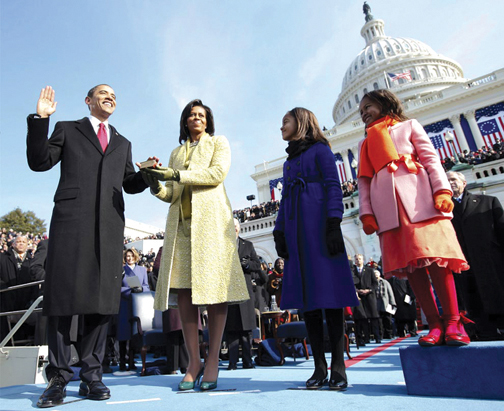 There was, as there ever is in political gatherings, pomp and circumstance, but popular good nature seemed to radiate from the people, who stood in the cold for hours to witness a history that few thought they would live to see: the installation of a man of discernible African heritage taking the helm of the ship of state.

If the nation beamed with excitement, the world drew an almost collective breath of relief at the sight not only of Obama’s inauguration, but the leaving of a man seen as the quintessential “ugly American.” While things will probably not change as drastically as some hope, and others fear, the transition from an administration seen as blusterers, saber-rattlers and fear-mongers to one at least capable of projecting competence and intelligence seems like a sea-change.

To paraphrase Shakespeare’s play “Macbeth,” of Bush’s departure from office, “Nothing so became him as leaving it.”

Has this change been more symbolic that substantive? This we shall surely see.