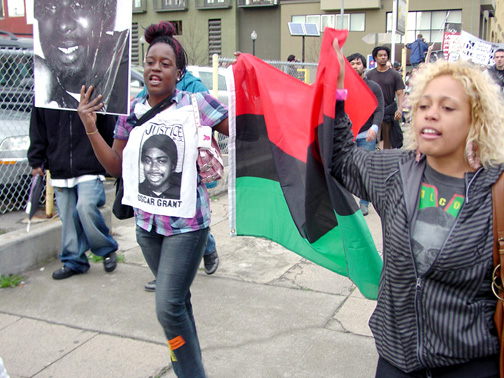 Like you, I’ve seen the searing phone-camera tape of the killing of 22-year-old Oscar Grant in Oakland, California.

And although it’s truly a terrible thing to see, it’s almost exceeded by something just as shocking. That’s been how the media has responded to this police killing, by creating a defense of error.

This defense, that the killer cop who murdered Grant somehow mistook his pistol for his Taser, has been offered by both local and national news reporters – even though they haven’t heard word one from Johannes Mehserle, the BART (Bay Area Rapid Transit) cop who wasn’t even interviewed for weeks after shooting an unarmed man!

If you’ve ever wondered about the role of the media, let this be a lesson to you. You can see here that the claim that the corporate media is objective is but a cruel illusion.

Imagine this: If the roles were reversed, that is, if bystanders had footage of Grant shooting Mehserle, would the media be suggesting a defense for him? 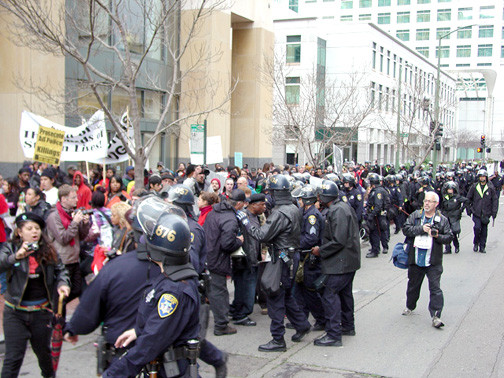 Would Grant have been free to roam, to leave the state a week later?

Would he have made bail?

The shooting of Oscar Grant III is but the latest, West Coast version of Amadou Diallo, of Sean Bell, and of hundreds of other Black men – and like them, don’t be surprised if there is an acquittal … again.

Oscar Grant is you – and you are him, because you know in the pit of your stomach that it could’ve been you, and the same thing could’ve happened.

You pay for your killers to kill you, in the name of a bogus, twisted law, and then pay for the state that defends him.

Something is terribly wrong here – and it’s the system itself.

Until that is changed, nothing is changed, for we’ll be out here again, in the streets, chanting a different name.