In March 2008, the Jewish Community Federation arranged San Francisco Mayor Gavin Newsom’s all-expense paid junket to Israel, to celebrate the 60th anniversary of the founding of the state of Israel. Israel21century.com recorded the mayor’s promise to “continue the narrative … for another 600 years”:

The San Francisco Chronicle reported on the Mayor’s trip, which Chronicle guest columnist, Palestinian refugee Ramiz Rafeedie, criticized because, he said, 2008 was also the 60th anniversary of an-Nakba, when two out of three Palestinians, nearly 700,000 people, were forced to flee their homes.

Gavin Newsom has declared his ambition to succeed California Gov. Arnold Schwarzenegger in 2012. Given Newsom’s March 2008 promises in Tel Aviv, he will no doubt, if elected governor, encourage stronger ties between corporations based in California and corporations based in Israel, like those encouraged by the California Israel Chamber of Commerce. Or, like the collaboration of San Francisco Bay Area-based Lockheed Martin, the U.S. military’s largest defense contractor, with state-owned Israeli Aircraft Industries, Ltd. on weapons development, reported in the Jewish News Weekly’s “Israeli military suppliers charge into U.S. military markets“:

“T.J. Klugseth, a Lockheed Martin representative, said the process of developing ELMSAR together with an overseas partner ‘made it easier for us.’ For example, Lockheed, as a top defense contractor in the United States, has marketing advantages and expertise that Israel Aircraft Industries would not have on its own.”

The Lockheed-Martin F-16 fighter bomber jet is wired to deliver both conventional missiles and the B-61 Strategic Tactical Nuclear Weapon.  Thanks to collaborators Lockheed Martin and Israeli Aircraft Industries’ ELMSAR “reconnaissance pod,” it is also equipped to monitor the ground, despite clouds and other bad weather conditions, with such high resolution that it can pinpoint a particular house. 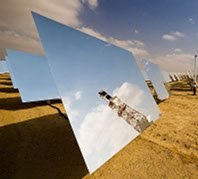 During the 2008 campaign year, Newsom manifested his support for the PG&E Energy by opposing Proposition H, an initiative that would have municipalized San Francisco’s electricity infrastructure, now owned by the PG&E Utility Corp., a subsidiary of PG&E Energy. PG&E defeated the $60,000 Proposition H campaign with its own $10 million No on H campaign.

BrightSource has declared its ambition to close further solar power plant deals in California and other sunny markets on the Southwest Power Grid.

California is, according to the CIA World Factbook, the 10th largest economy in the world, so Northern California’s most prominent mayor’s commitment to “continuing the narrative with Israel” is without doubt to Israeli corporations’ advantage, and a California governor’s commitment would be even more so. 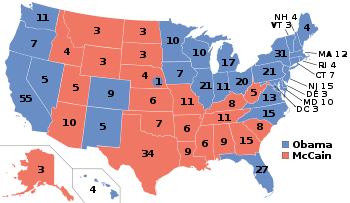 California also commands 55 votes in the U.S.A.’s electoral college system, more than any state in the union, so, should he indeed become governor in 2012, Mayor Newsom would be standing on the same platform from which Ronald Reagan ascended to the White House in 1980.

Ronald Reagan was, of course, a Republican and Gavin Newsom is a Democrat, not that it makes too much difference, and anyway California voted overwhelmingly for Democrat Barack Obama in 2008. That gave Obama all 55 of California’ electoral college votes, enough to make any popular California governor a possible contender for the presidency.

Ronald Reagan served two terms as California’s governor before winning the 1980 presidential election and then serving as president until the inauguration of President George Herbert Walker Bush in January 1989.

Needless to say, the emerging movement to boycott Israeli products and divest from Israeli corporations does not have an ally in San Francisco Mayor Gavin Newsom, nor would it find one in a California Gov. Gavin Newsom in 2012, unless Gavin Newsom should experience a radical change of heart towards the Palestinian people.

And, were we thereafter to see a Gov. Gavin Newsom win the presidency and leap all the way across the heartland to the White House, Israel would have no reason to fear for its status as the world’s No. 1 recipient of U.S. military aid. Assuming, that is, that as President Gavin Newsom, he would keep his promise, made on the 60th anniversary of the founding of the Nation of Israel, “to continue the narrative.”