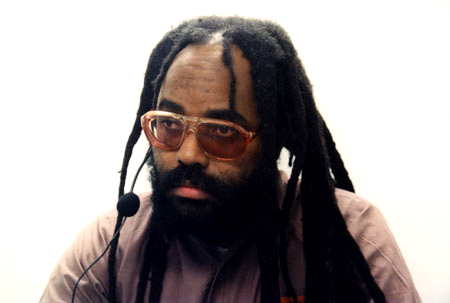 For those who read court opinions, few can ignore the U.S. Supreme Court’s 1986 Batson v. Kentucky decision. Essentially, it prohibited the state from removing Black jurors for racial reasons. It re-wrote the rules from the Swain v. Alabama (1965) case, where the court required systematic discrimination over a number of cases, over a period of years.

Needless to say, such a challenge was clearly beyond the resources of most people, and relatively few were made and even fewer successful. It is hard to resist the suspicion that this was merely judicial lip service to a principle that was easily ignored in the breach.

For it took over a generation, over 20 years, for Swain to be overruled by Batson, and now Batson is beginning to bear an eerie resemblance to its unworkable parentage, because courts have been loathe to grant relief and have either created new rules or simply ignored its dictates.

We see this at work recently in a number of cases, among them Commonwealth v. (Robert) Cook, WL 284060 (July 24, 2008). In this case, the DA used 74 percent of his strikes to remove 14 Black jurors. Incredibly, the Philadelphia Court of Common Pleas initially found that even this didn’t constitute a prima facie case of discrimination. Later, it found a prima facie case but ruled that the DA put forth sufficient race-neutral reasons for exclusion, and therefore not a violation of Batson.

Recently, the Pennsylvania Supreme Court agreed, even though the DA couldn’t recall why he removed two Black jurors – or, in other words, couldn’t articulate a justification.

Now remember: Batson states that the improper removal of one juror violates the constitution. One – not 14.

But here’s the kicker. The DA in Mr. Cook’s case made a video training tape, where he taught his fellow prosecutors how to violate Batson – and how to lie about it to judges.

But perhaps the then prosecutor, Jack McMahon, didn’t need to work that hard, for courts would take up the slack. For where the DA can’t remember a reason, the court will invent one.

This is especially egregious in this case, for the man who wrote the opinion was the DA when McMahon made the tapes, but now sits as chief justice of the court. Can you spell “conflict of interest?” Did he recuse himself? (What do you think?)

For over a decade, Pennsylvania courts have painted McMahon as the bad guy, a kind of rogue prosecutor, and most of his convictions have been reversed (except Cook’s). But McMahon wasn’t, and never should’ve been, the issue. For he was simply describing the pattern and practice of the office and training his colleagues in techniques used over years of trials.

Mr. McMahon was putting into words what DAs did to get convictions. Does that mean his office sought a fair and impartial jury? In McMahon’s words, “Well, that’s ridiculous. You’re not trying to get that.” In fact, McMahon explained, their jobs were to get the most “unfair” jury possible. And, in many cases, that meant getting as few Blacks to serve on the jury as possible.

Batson is as empty as Swain was, for if they don’t want to give it up, any reason will do. They proclaim ideals of fairness that bear no relationship to the real process happening daily in courtrooms all across America.

That would be, to quote McMahon, “ridiculous.”

Mumia wrote this commentary Sept. 6, 2008. It is important to reread it now, because yesterday, April 6, the U.S. Supreme Court refused even to consider his strong Batson claim, which should have won him a new trial. This video shows DA Jack McMahon teaching his prosecutors to violate Batson – to avoid seating Blacks or “smart people” on juries. They, he says, are much less likely to convict.