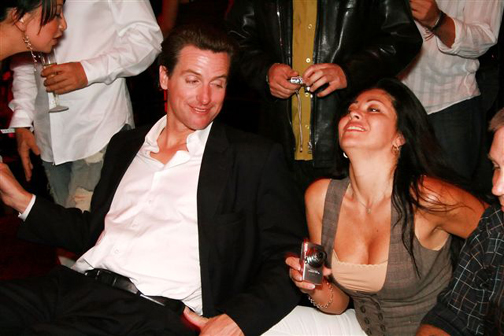 Notwithstanding a blistering defeat at the polls and strong opposition from the San Francisco Board of Supervisors, Mayor Gavin Newsom has opened his Community Justice Center (CJC), diverting several million dollars from essential City services to incarcerate poor people for the sole act of being poor.

The CJC or, more accurately, the poverty court, with a price tag of $2.7 million to serve the Tenderloin, South of Market, Civic Center, and Union Square neighborhoods, was soundly defeated by voters when it was on the ballot as Proposition L. Strong opposition came from the Board of Supervisors as well. Mayor Newsom vetoed the board’s rejection, and the center opened for business on March 4.

“The poverty court model formally merges the prison industrial complex with the non-profit industrial complex to become ‘the complex’ – a new form of criminalized service provision brought to a neighborhood near you,” said Lisa Gray-Garcia, executive director of POOR Magazine and author of “Criminal of Poverty: Growing Up Homeless in America.”

The CJC, borrowed from a model delivered originally by former New York Mayor Rudy Giuliani and his push to rid Manhattan of its “peddlers, panhandlers and prostitutes,” creates a courtroom – equipped with holding cells and a space allocated for administrative, health, social and community services for the defendant – designated specifically for misdemeanors or, as Mayor Newsom puts it – as did Giuliani – “quality of life” crimes.

Many if not most of these infractions – loitering, shoplifting, panhandling, urban camping etc. – are crimes of poverty, crimes committed out of circumstance. Rather than addressing the circumstance, the community court addresses the action, sentencing the defendant to community service hours and providing vague links to social services, such as drug or alcohol counseling.

After a lengthy and heated debate by the Board of Supervisors, Newsom managed to garner full funding for the court in July, allocating approximately $1,980,000 for start-up costs, lease and personnel. Newsom requested an additional $771,885 to keep operations going for a full year.

All this comes in the face of a $350 million city deficit with a proposed budget that devastatingly slashes funds from life-saving social and health services citywide. It’s a good thing the Board of Supervisors and voters saw right through the gimmick. Too bad their opinions did not matter.

Newsom, with the support of District Attorney Kamala Harris, went ahead with the court, siphoning a grand total of $2.7 million for the project, some in federal grants and some from the city budget. It’s now open to the public on 575 Polk St. None of the first five offenders summoned showed on opening day.

Contrary to the misleading messages used to fund the CJC, San Francisco’s poverty crisis is not being perpetuated by the houseless people who will be sentenced in the poverty court. It is perpetuated by a lack of affordable housing, budget cuts in life-saving services and the social stigma surrounding the poor.

San Francisco’s poverty crisis is perpetuated by a lack of affordable housing, budget cuts in life-saving services and the social stigma surrounding the poor.

Spending vital funds on the CJC, a system that does nothing to address the systemic roots of poverty and homelessness, that does not offer any new solution other than to temporarily busy worn-out hands with free labor and anger management classes – precious time spent away from earning enough money for food – is a criminal act in and of itself, ESPECIALLY since it is against the will of the voters.