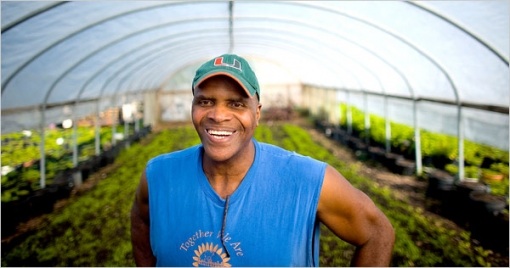 I am a farmer. While I find that this has come to mean many other things to other people – that I have become also a trainer and teacher, and to some a sort of food philosopher – I do like nothing better than to get my hands into good rich soil and sow the seeds of hope.

So, spring always enlivens me and gives me the energy to make haste, to feel confidence, to take full advantage of another all-too-short Wisconsin summer.

This spring, however, much more so than in past springs, I feel my hope and confidence mixed with a sense of greater urgency. This spring, I know that my work will be all the more important, for the simple but profound reason that more people are hungry.

For years I have argued that our food system is broken, and I have tried to teach what I believe must be done to fix it. This year, and last, we have begun seeing the unfortunate results of systemic breakdown. We have seen it in higher prices for those who can less afford to pay, in lines at local food pantries, churches and missions, and in the anxious eyes of people who have suddenly become unemployed. We have seen it, too, in nationwide outbreaks of food-borne illness in products as unlikely as spinach and peanuts.

Severe economic recession certainly has not helped matters, but the current economy is not alone to blame. This situation has been spinning toward this day for decades. And while many of my acquaintances tend to point the finger at the big agro-chemical conglomerates as villains, the fault really is with all of us who casually, willingly, even happily surrendered our rights to safe, wholesome, affordable and plentiful food in exchange for over-processed and pre-packaged convenience. 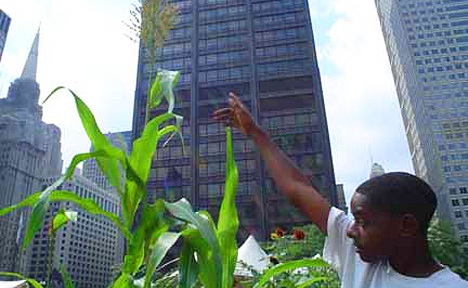 Over the past century, we allowed our agriculture to become more and more industrialized, more and more reliant on unsustainable practices, and much more distant from the source to the consumer. We have allowed corn and soybeans, grown on the finest farmland in the world, to become industrial commodities rather than foodstuffs. We have encouraged a system by which most of the green vegetables we eat come from a few hundred square miles of irrigated semi-desert in California.

When fuel prices skyrocket, as they did last year, things go awry. When a bubble like ethanol builds and then bursts, things go haywire. When drought strikes that valley in California, as is happening right now, things start to topple. And when the whole economy shatters, the security of a nation’s food supply teeters on the brink of failure.

To many people, this might sound a bit hysterical. There is still food in the suburban supermarket aisles, yes. The shelves are not empty; there are no bread lines. We haven’t read of any number of Americans actually starving to death.

No, and were any of those things to happen, you can rest assured that there would be swift and vigorous action. What is happening is that many vulnerable people, especially in the large cities where most of us live, in vast urban tracts where there are in fact no supermarkets, are being forced to buy cheaper and lower-quality foods, to forgo fresh fruits and vegetables, or are relying on food programs – including our children’s school food programs – that by necessity are obliged to distribute any kind of food they can afford, good for you or not.

And this is coming to haunt us in health care and social costs. No, we are not suddenly starving to death; we are slowly but surely malnourishing ourselves to death. And this fate is falling ever more heavily on those who were already stressed: the poor. Yet there is little action.

Many astute and well-informed people beside myself, most notably Michael Pollan, in a highly persuasive treatise last fall in the New York Times, have issued these same warnings and laid out the case for reform of our national food policy. I need not go on repeating what Pollan and others have already said so well, and I do not wish merely to add my voice to a chorus.

I am writing to demand action. 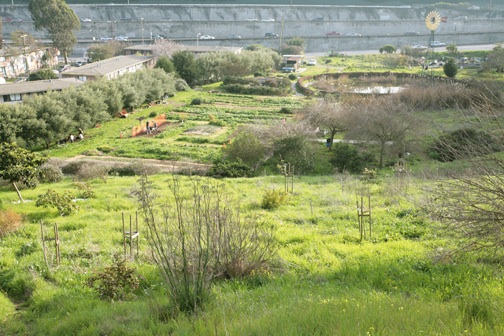 It is time and past time for this nation, this government, to react to the dangers inherent in its flawed farm and food policies and to reverse course from subsidizing wealth to subsidizing health.

We have to start subsidizing health and well-being by rewarding sustainable practices in agriculture and assuring a safe, adequate and wholesome food supply to all our citizens. And we need to start this reform process now, as part of the national stimulus toward economic recovery.

In my organization, Growing Power Inc. of Milwaukee, we have always before tried to be as self-sustaining as possible and to rely on the market for our success. Typically, I would not want to lean on government support, because part of the lesson we teach is to be self-reliant.

But these are not typical times, as we are now all too well aware.

As soon as it became clear that Congress would pass the National Recovery Act, I and members of my staff brainstormed ideas for a meaningful stimulus package aimed at creating green jobs, shoring up the security of our urban food systems, and promoting sound food policies of national scope. The outcome needed to be both “shovel-ready” for immediate impact and sustainable for future growth.

We produced a proposal for the creation of a public-private enabling institution called the Centers for Urban Agriculture. It would incorporate a national training and outreach center, a large working urban farmstead, a research and development center, a policy institute, and a state-of-the-future urban agriculture demonstration center into which all of these elements would be combined in a functioning community food system scaled to the needs of a large city.

We proposed that this working institution – not a “think tank” but a “do tank” – be based in Milwaukee, where Growing Power has already created an operating model on just two acres. But ultimately, satellite centers would become established in urban areas across the nation. Each would be the hub of a local or regional farm-to-market community food system that would provide sustainable jobs, job training, food production and food distribution to those most in need of nutritional support and security.

This proposal was forwarded in February to our highest officials at the city, state and federal level, and it was greeted with considerable approval. Unfortunately, however, it soon became clear that the way Congress had structured the stimulus package, with funds earmarked for only particular sectors of the economy, chiefly infrastructure, afforded neither our congressional representatives nor our local leaders with the discretion to direct any significant funds to this innovative plan. It simply had not occurred to anyone that immediate and lasting job creation was plausible in a field such as community-based agriculture.

I am asking Congress today to rectify that oversight, whether by modifying the current guidelines of the Recovery Act or by designating new and dedicated funds to the development of community food systems through the creation of this national Center for Urban Agriculture.

Our proposal budgeted the initial creation of this CUA at a minimum of $63 million over two years – a droplet compared to the billions being invested in other programs both in the stimulus plan and from year to year in the federal budget.

Consider that the government will fund the Centers for Disease Control at about $8.8 billion this year, and that is above the hundreds of millions more in research grants to other bio-medical institutions, public and private. This is money well spent for important work to ensure Americans the best knowledge in protecting health by fighting disease; but surely by now we ought to recognize that the best offense against many diseases is the defense provided by a healthy and adequate diet. Yet barely a pittance of CDC money goes for any kind of preventive care research.

In 2008, the Department of Homeland Security approved spending $450 million for a new National Bio and Agro-Defense Facility at Kansas State University, in addition to the existing Biosecurity Research Institute already there. Again, money well spent to protect our food supply from the potential of a terrorist attack. But note that these hundreds of millions are being spent to protect us from a threat that may never materialize, while we seem to trivialize the very real and material threat that is upon us right now: the threat of malnourishment and undernourishment of a very significant number of our citizens.

Government programs under the overwhelmed and overburdened Departments of Agriculture and of Health and Human Services do their best to serve their many masters but, in the end, government farm and food policies are most often at odds between the needs of the young, the old, the sick and the poor versus the wants of the super-industry that agriculture has become.

By and large, the government’s funding of nutritional health comes down to spending millions on studies to tell us what we ought to eat without in any way guaranteeing that many people will be able to find or afford the foods they recommend. For instance, food stamps ensure only that poor people can buy food; they cannot ensure that, in the food deserts that America’s inner cities have become, there will be any good food to buy.

We need a national nutrition plan that is not just another entitlement, that is not a matter of shipping surplus calories to schools, senior centers and veterans’ homes. We need a plan that encourages a return to the best practices of both farming and marketing, that rewards the grower who protects the environment and his customers by nourishing his soil with compost instead of chemicals and who ships his goods the shortest distance, not the longest.

If the main purpose of government is to provide for the common security of its citizens, surely ensuring the security of their food system must be among its paramount duties. And if among our rights are life, liberty and the pursuit of happiness, we are denied all those rights if our cities become prisons of poverty and malnutrition.

As an African-American farmer, I am calling on the first African-American president of the United States to lead us quickly away from this deepening crisis. Demand, President Obama, that Congress and your own administration begin without delay the process of reforming our farm and food policies. Start now by correcting the omission in your economic stimulus and recovery act that prevented significant spending on creating new and sustainable jobs for the poor in our urban centers as well as rural farm communities.

It will be an irony, certainly, but a sweet one if millions of African-Americans whose grandparents left the farms of the South for the factories of the North, only to see those factories close, should now find fulfillment in learning once again to live close to the soil and to the food it gives to all of us.

I would hope that we can move along a continuum to make sure that all citizens have access to the same fresh, safe, affordable good food regardless of their cultural, social or economic situation.

Will Allen is the founder and chief executive officer of Growing Power, 5500 W. Silver Spring Dr., Milwaukee WI 53218, www.growingpower.org. He can be reached at will@growingpower.org.