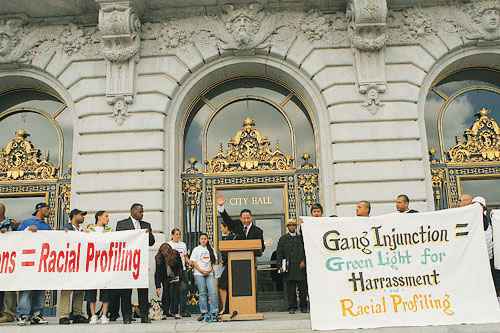 The U.S. Constitution requires that an accused person who lacks the means to hire a lawyer is provided one. The job of public defenders and court appointed attorneys is to ensure that our constitutional rights are protected, that all Americans are treated fairly under the law, and that injustice and governmental misconduct are exposed.

Due to the economic downturn, an ever-increasing number of people cannot afford a lawyer and must rely on public defenders and court appointed counsel for help. Yet in San Francisco and across the nation, public defense offices are facing budget cuts that will make it impossible to provide adequate representation to their clients.

San Francisco’s elected Public Defender Jeff Adachi will open the summit and introduce keynote speaker federal Judge Thelton Henderson, senior judge for the Northern District of California. The legendary Judge Henderson has made headlines in recent years by appointing a receiver to run California’s prison health system, saying evidence in an inmate lawsuit showed that inadequate medical care kills at least one inmate a week, constituting cruel and unusual punishment. The three-judge panel he heads “has ruled that overcrowding at the prisons – now filled at twice their designed capacity of 80,000 – was the primary cause of inadequate health care, and has tentatively ordered the release of between 37,000 and 58,000 inmates to local custody, treatment programs or parole,” according to the San Francisco Chronicle. 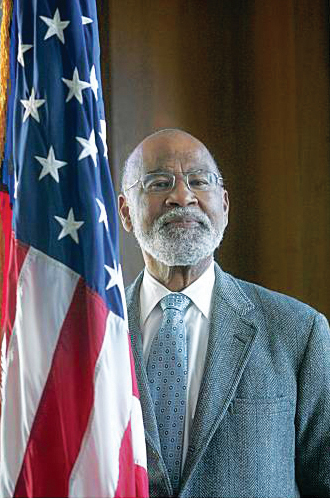 Indigent criminal defense was established as a constitutionally guaranteed right under the landmark 1963 Supreme Court ruling Gideon v. Wainwright, a lawsuit filed by a jailhouse lawyer. Yet public defenders are being forced to turn away defendants who have no other legal recourse.

No money, no lawyer, no justice

Excessive caseloads, inadequate funding, ethical breaches, politicization of the public defender system, lack of timely appointment of counsel or no appointment at all are depriving the poor of their constitutional right to representation in criminal and juvenile cases. This is the conclusion of a report released April 14 by the Constitution Project’s bipartisan National Right to Counsel Committee. The report, “Justice Denied: America’s Continuing Neglect of Our Constitutional Right to Counsel,” outlines the crisis in the country’s public defense system and offers 22 recommendations to state and federal officials to fix it.

The U.S. Supreme Court has consistently emphasized the importance of the constitutional right to counsel for those charged with a crime who cannot afford lawyers. Yet the report cites numerous cases of individuals wrongfully convicted or incarcerated for months awaiting trial due to a lack of legal representation. Many, lacking legal counsel, are forced to make decisions on their own that adversely and irreversibly affect their cases. Wrongful convictions waste public funds and erode American trust in the judicial system. The report can be read at www.tcpjusticedenied.com.

American Civil Liberties Union attorney Robin L. Dahlberg testified on March 26 before a House subcommittee about the need for congressional and state oversight of inadequately funded and administered indigent defense programs. The hearing held by the Subcommittee on Crime, Terrorism and Homeland Security of the House Judiciary Committee was entitled, “Representation of Indigent Defendants in Criminal Cases: A Constitutional Crisis in Michigan and Other States?”

“The state of public defense services in this country is in crisis,” said Caroline Fredrickson, director of the ACLU Washington Legislative Office. “Public defense services have become a popular budget cut for many states in these tough economic times. The impact of these budget cuts is that attorneys for poor criminal defendants often have overwhelming caseloads and grossly inadequate resources. If we are going to have meaningful constitutional protections, Congress must help fix our broken criminal justice system.”

When public defenders do not have the necessary resources, their clients are wrongfully convicted, plead guilty when they should not and spend too much time in jail or prison. For example, Michigan resident Allen Fox received a 12-month sentence for trying to steal two cans of corned beef from a convenience store. Fox sat in jail for six months before ever meeting an attorney.

In another case in 2002, Eddie Joe Lloyd was released from a Michigan prison after DNA testing confirmed that he was innocent. He spent 17 years behind bars because his trial lawyer did not present a defense. Lloyd’s wrongful conviction cost Michigan taxpayers over $4.5 million.

In fact, between 2003 and 2007, attorneys in the Michigan Appellate Defender Office found sentencing errors in one third of the guilty plea appeals assigned to their office. When they corrected these mistakes, Michigan taxpayers saved $3,675,000.

The need for a well-resourced and comprehensive public defense system was made evident in a study released in March by the National Council on Crime and Delinquency (NCCD) indicating that African Americans and Hispanics are over-represented in the criminal justice system and more likely to require a public defender than their white counterparts.

“This report demonstrates that one of the only protections we have against the disparate treatment of people of color in the criminal justice system is a competent and effective public defender’s office,” San Francisco Public Defender Jeff Adachi said.

The study also found that people of color are more often sentenced to prison, are given longer sentence lengths and are less likely to be given probation than whites.

“People of color are more likely to have to rely on public defenders, and if we want a system that is fair, we need to have a strong and well-resourced public defender’s office. We can’t have one system for the poor and another for the rich,” Adachi said.

The full NCCD study can be found at http://www.nccd-crc.org/.

For more information or to register, visit www.sfpublicdefender.org or contact Lea Villegas at lea.villegas@sfgov.org or (415) 575-4390.

This story was compiled by Bay View staff from San Francisco Public Defender’s Office releases and other sources.