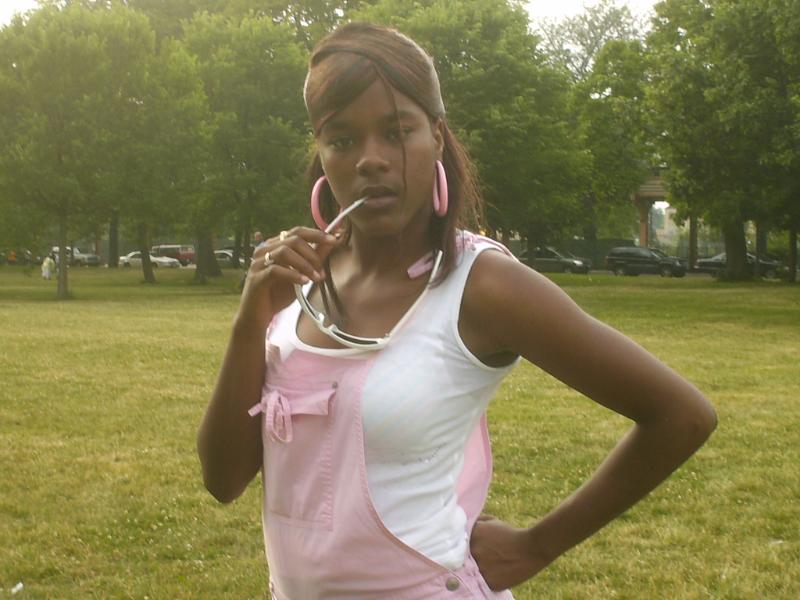 Freak Mode is one of the hardest female rappers on Chicago’s underground circuit. I first caught a whiff of her sound from my POCC comrade Big Bruce, who shot her name out first when I asked him who was hot in the Chi that Cali had not heard of. That was about a year ago.

Since then, POCC Chairman Fred Hampton Jr. had told me about her name ringing from winning MC battles and participating in the indie film, “Laundromat,” which is basically a story about a washhouse in the ‘hood. Many liken her to a young rapper cut from the streets like a Queen Latifah, with the verbal aggressiveness of an MC Lyte. Check out one of Englewood’s finest in her own words.

M.O.I. JR: First things first: How did you start rappin? And how did you get your name?

Freak Mode: It’s kinda funny, first I thought music was something you just heard on the radio until my sophomore year in high school I ventured off to my neighborhood park and saw some guys rappin in a cipher. One was rapping; one was making beats. I asked them what they were doing; they responded freestyling, which I had never heard before. That night I went home and started writing.

The next day I went back to the park and shared what I wrote. After they heard me, they asked me to join their group. Every since then I’ve been passionate about making music. My name was never intended to be my rap name. It came about from being verbally teased about my real name, Franika, in high school. But ever since I heard people calling me freak mode, I always felt that it fit me to the T.

M.O.I. JR: How would you describe the sound and content of your music if people had never heard of you?

Freak Mode: I would have to say it’s something new, different and something everybody can relate to. My content is sometimes detailed off of imagination, but a majority is based on experience of my peers or myself. I’m from Englewood (Chicago) so I can’t help but express myself and I seem to do it well. I mean I haven’t had any negative responses.

M.O.I. JR: Who are some of your inspirations in rap music, and music period?

Freak Mode: There has been many artists who have inspired me – from Methodman, Redman, Mary J, MC Lyte, Queen Latifah, Timberland,Twista to Dr. Dre. I can really go on fa days about that. Anyone who has the gift to entertain, spread knowledge and keep people loving their music at the same time is a inspirtation to me, but it’s really the ladies that keep me motivated.

M.O.I. JR: Where do you see your music in five years?

Freak Mode: Hopefully by then I would’ve at least had the oppurtunity to present my music and been granted a chance to share my talent. Right about now, I feel that the mic ain’t being blessed like it should, ‘cause it ain’t enough women in it.

M.O.I. JR: What are you currently working on? Do you have anything in the stores?

Freak Mode: Right now I’m just working on getting my name known, so I do a lot of shows trying to build my fan base. Other than that, I’m always writing, so just trying to get in where I fit, on studio time. As of this moment no but hopefully real soon.

M.O.I. JR: How could people get in touch with you online?

Freak Mode: Well if you trying to get in touch with yo girl, you can hit me up on myspace at www.myspace.com/freakmode2009 or you can send me a message at marshallfranika@yahoo.com.