by Communities for a Better Environment 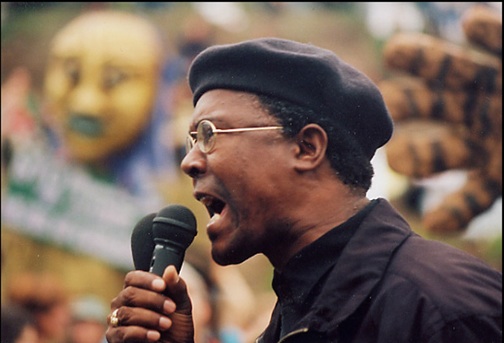 On Thursday, June 4, Communities for a Better Environment and their allies celebrated a major victory in their lawsuit against Chevron. Contra Costa County Superior Court Judge Barbara Zuniga tossed out the flawed Environmental Impact Report (EIR) for expansion of Chevron’s refinery in Richmond, across the Bay from San Francisco.

At issue was an environmental review which failed to disclose that the proposed expansion would allow Chevron to process heavier crude oil. In her final decision, Judge Zuniga said, “The [Final Environmental Impact Report] project description is unclear and inconsistent as to whether the project will or will not enable Chevron to process a heavier crude slate than it is currently processing.”

This is a huge victory in protecting the mostly Black and Brown and low-income community adjacent to the refinery from additional toxic emissions and global warming pollution. It is also an opportunity for Chevron to halt its plan to refine dirtier crude oil and invest in local clean green energy as a solution to protect our health.

The judge’s decision puts the future of the project in doubt, because it forces the city to substantively redo parts of the EIR and re-approve it. But that could be a big problem for Chevron, because the composition of the Richmond City Council has changed since it initially approved the controversial project.

Since last November’s election, progressives now represent a 4-3 majority on the council with the addition of Jeff Ritterman, a physician who ran specifically against the Chevron refinery expansion plan. 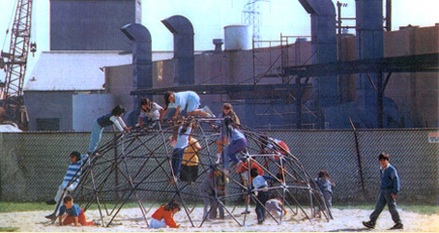 The court also held that the city improperly allowed Chevron to wait a year after the EIR process was completed before submitting a proposal to mitigate its greenhouse gases. The California Environmental Quality Act requires that the public see and comment on how the significant impacts of a project will be reduced or avoided before the project is approved. The case represents the first time a major oil company has had to cope with greenhouse gas mitigation requirements.

Chevron’s 107-year-old Richmond refinery is the largest industrial polluter in the region, and communities in Richmond, particularly low-income and communities of color, already suffer from industrial pollution-related health problems. Putting a halt on this expansion project will prevent increased pollution in Richmond and throughout the Bay Area.

In addition, this victory against Chevron’s refinery expansion would force it to analyze the project’s full impacts, including the impacts from a hydrogen pipeline that Chevron envisions to connect its proposed new Hydrogen Plant to the refinery to the Conoco Phillips Refinery in Rodeo and Shell Oil Refinery in Martinez. More hydrogen is needed to process this heavier crude oil and this pipeline will facilitate more toxic emission and global warming pollution in communities throughout Contra Costa County.

A year ago, on June 5, 2008, CBE testified alongside over 500 other attendees at the Richmond Planning Commission meeting. The commission voted to require Chevron to limit the level of contaminants in the crude that would be processed – or “cap the crude” – to avoid increased releases of, for example, mercury and selenium, toxins found in higher concentrations in heavier crude oil that can cause serious health problems. The commission subsequently made a sudden about-face, reversing its decision, and the City Council affirmed this decision with a 5-4 vote in favor of the refinery project.

Communities for a Better Environment, Asian Pacific Environmental Network and the West County Toxics Coalition filed suit against the City of Richmond in Contra Costa County Superior Court on Sept. 4, 2008, represented by attorneys from Earthjustice and CBE.

This victory represents years of grassroots organizing and building a movement to halt the refining of low-quality and more toxic crude oil that will impact community health. The decision is being hailed as a significant step toward stopping U.S. oil refinery expansions across the country to accommodate heavier, dirtier crude oil.

For more information, contact Nile Malloy, program director for Communities for a Better Environment, at nmalloy@cbecal.org or (510) 302-0430, ext. 11, and visit CBE at http://www.cbecal.org/.