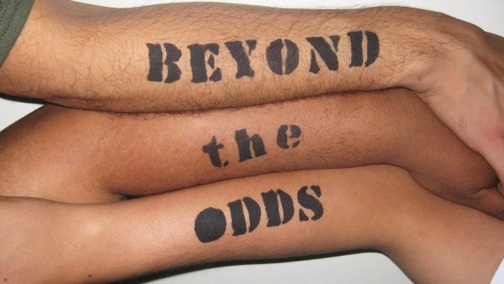 Beyond the Odds– About four years ago, a close friend of mine told me that he’d contracted HIV. I still remember sitting on the couch, staring into his face as tears poured from both our eyes. Immediately, I was forcibly shocked into dealing with the “HIV reality,” a subject matter I felt absolved from ever having to deal with directly.

Sure, I had occasional HIV & AIDS screening/tests, but there wasn’t a reason to be really concerned about my status. Well, there was this one time when I knew my “monogamously challenged” boyfriend was dipping out on me. We hadn’t always practiced safe sex. So that probably was the only time I was truly concerned about the possibility of contracting HIV.

Sadly, it wasn’t till my close friend notified me of his status that I found myself becoming more knowledgeable about HIV/AIDS and its impact on the African American community. I was alarmed to discover that AIDS has quietly become one the leading causes of death for Blacks and Latinos in the United States.

And although it is an epidemic in our communities, we have yet to fully commit ourselves to aggressively addressing the epidemic … maybe due to HIV/AIDS fatigue or lack of leadership? I’m not sure but what I do know is that we can’t wait any longer because AIDS is killing us. According to the U.S. Centers for Disease Control and Prevention (www.cdc.gov), African Americans make up approximately 13 percent of the U.S. population, but in 2005 they accounted for 49 percent of the estimated number of HIV/AIDS cases diagnosed.

I was completely shocked and outraged. Are you?

Among youth, while only 15 percent of teens (ages 13-19) are African American, they accounted for 73 percent of the new AIDS cases reported in 2004. Comparably shocking, HIV and AIDS is the leading cause of death for African American women between the ages of 25 and 34.

Where’s Black leadership on this issue? Where’s the Black church?

The failure of African American leadership to address the AIDS epidemic, which disproportionately impacts African people more than any other ethnic group in the United States, is a moral travesty and socially irresponsible. Is it enough to be outraged only by the United States government’s delayed response to a national health epidemic but not our own so-called leadership?

Do you mean to tell me that African American leadership is more willing to challenge our society’s use of the “N” word and not the HIV and AIDS epidemic? I’m sorry there are no passes being handed out today, tonight and whenever! The “N” word “AIN’T” killing people nor is it creating a biological underclass of individuals dependent upon anti-viral medication for the duration of their life on earth. Come on now.

Frankly, “our” leadership’s inability to address homophobia, sexual safety and patriarchy is a primary reason AIDS continues to impact Black folks disproportionately. Long standing homophobic attitudes in the Black community and church prohibit Black folks from getting “real”-sponsible about AIDS.

It’s time to be honest with ourselves and our partners about our sexual choices and preferences. Promiscuous and/or bisexual Black men are not addressing how they have contributed to the way this disease is impacting Black women and devastating our community.

Where’s the love, brothas? Black women deal with enough. Don’t get me wrong: I’m mature enough to handle if a man I was dating informed me that he was bisexual or curious. Actually, I’d welcome the conversation without becoming judgmental or abruptly ending our relationship out of fear of having to compete with another man. I’d prefer for us to be honest with one another and discuss the importance of practicing sexual safety at all times for the sake of both of us.

As the epidemic continues to grow while religious forces of all colors ignore AIDS and the federal government continues to champion abstinence to no avail, people are slowly dying. Black women being the most at risk group, the fact that AIDS is impacting Black women more than any other group might be one more reason Black leadership is invisible when it comes to addressing the AIDS epidemic. There’s no doubt that African American religious and political leadership is concerned about the problem of AIDS; it’s the action of not doing something about it that I have the most problem with.

According to the the Kaiser Family Foundation Survey of African Americans on HIV/AIDS, about half of African Americans say local schools (49 percent) and churches or religious leaders (54 percent) care “a lot” about the problem of AIDS. By comparison, only a quarter say either actually do “a lot” (28 percent and 23 percent, respectively).

The government gets lower marks: Fewer African Americans say the government at any level – local (17 percent), state (20 percent) or federal (22 percent) – cares “a lot” about AIDS, almost the same percentages as say government does “a lot” in the fight against the disease (local: 14 percent; state: 17 percent; federal: 18 percent).

Professor Henry Louis Gates Jr., director of the W.E.B. Du Bois Institute and chairman of the Department of Afro-American Studies at Harvard University, suggested in an interview “a need for more leadership within the African American community – especially from ministers and other church leaders, medical professionals and educators – to talk about an epidemic which is 16 times more likely to strike its women and six times more likely to strike its men.”

Professor Gates also asked, “Why is it that we are motivated to fight racism in the workplace and the civic square, but are not equally motivated to save the lives of our brothers and sisters from this horrible disease?”

Driven by gender power inequities rooted in a complex design of cultural, socio-economics and politics, the feminization of HIV and AIDS has hit African American women in the United States extremely hard. Our bodies and stories are being violated and forgotten simultaneously in the face of AIDS. There has been a call for us as Black women, Black people, to demand an aggressive culturally sensitive approach from the U.S. government in addressing the epidemic now – an equally aggressive approach that would rival our government’s attempts in the early ‘80s, when it was viewed as predominately impacting white males.

Hillary Clinton once stated while on the presidential election campaign of 2007, “If HIV-AIDS were the leading cause of death of white women between the ages of 25 and 34, there would be an outraged outcry in this country.” Black women must begin to consistently initiate dialogue about our sexuality in a manner that challenges patriarchy and racism in America.

We must first educate ourselves, then our men, our daughters and our sons. If we do the math, the numbers don’t lie, and our silence has allowed this disease to take a toll on our health and spirits. My mother always says, “A closed mouth is never fed.” Now is the time for action.

Okay, so I know it’s a lot. Remember, I said it all started from a friend telling me they were HIV positive. It really turned my world upside down. So here I am, wanting to not only to inform myself but our entire community. It is what it is and if we don’t address AIDS now, our tomorrow might not be the change we hoped for. What do you think?

BeyondtheOdds.blogspot.com is a brand new website where young adults, 18-24, can talk about HIV/AIDS, how to survive it and how to stop it.

Because 100,000 Black Americans are living with HIV but are unaware of their infection, the Black AIDS Institute has kicked off a campaign to test 1 million people in one year by the next National HIV Testing Day, on June 27, 2010. Visit www.test1Million.org to pledge to be one in a million.

Here are some places you can go to get tested if you are in the San Francisco/Bay Area: 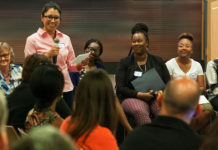 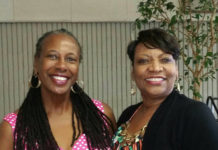 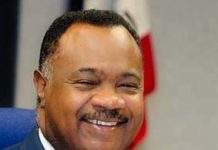 Not all state agencies are created equal