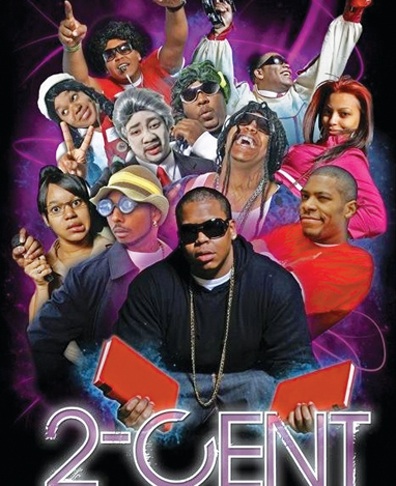 The video grabs your attention immediately. Young people in the Lower 9th Ward hold up signs that read: “Looter,” “We’re still here” and “America did this.” Amid empty lots and damaged houses, poet Nik Richard delivers this message: “Hurricane Katrina was the biggest national disaster to hit American soil and, nearly two years later, this area is still devastated. But you know what? We made sure we preserved it strictly for your tourism. For about $75, you can take one of these many tour buses.”

Tourists drive by and people with cameras gawk. Richard looks directly at the camera and says, “It looks like there’s more money to be paid in devastation than regeneration. If y’all keep paying your money to see it, should we rebuild it?”

The short film “New Orleans for Sale,” which has garnered several awards, was made by 2-Cent Entertainment, a group of young Black media makers in New Orleans. The group, which currently has 10 members, made “New Orleans for Sale” to convey the frustration felt by many New Orleanians as the city has become a national spectacle and a backdrop for countless national politicians, while the aid the city needs to rebuild still hasn’t arrived.

In 2008, the film won several awards, including an NAACP Image Award in a competition, called Film Your Issue, which featured a high-powered jury with the likes of news anchor Tom Brokaw and media executives from MTV Networks, Lionsgate Entertainment and USA Today.

Working at the intersection of art and justice, as well as entertainment and enlightenment, 2-Cent has attracted a wide and growing audience. In New Orleans, they’ve also collaborated with the People’s Hurricane Relief Fund, produced shows on local television and radio stations, and created mix CDs and scores of short videos. Beyond creating inspiring programming, 2-Cent members also seek to pass their skills onto the next generation, and have taught and presented their work in New Orleans high schools and colleges.

“Huey Newton said the young people always inherit the revolution,” says Brandan “B-Mike” Odums, 2-Cent’s founder. “And that’s what 2-Cent is; it’s how our generation responded to that call.”

The collective formed in 2004, when Odums gathered a group of friends – most of them fellow students at the University of New Orleans – to produce a TV show with a message.

“A lot of TV promotes a monolithic way of thinking, saying there’s only one way to be, or promoting ignorance as cool,” says Odums. “We say it’s hot to stand up for yourself and speak for yourself.”

The group was still newly formed when Hurricane Katrina devastated New Orleans and, in the aftermath of the storm, with 2-Cent members spread across the United States, they nearly disbanded. “Katrina made us realize that this is what we want to do,” says Odums. “We’d done two episodes before the storm. Everybody was scattered. We had to decide if this is something we really want to do. Katrina forced us to make the decision.”

The collective briefly relocated together to Atlanta, then made the decision together to return to New Orleans.

Kevin Griffin, another of the founding members of 2-Cent, joined because he shares Odum’s desire to change the images and messages delivered to today’s youth. “We were seeing the images that BET and others were putting out,” Griffin says. “And we wanted to do something different, more positive.”

Griffin is not just a media activist; he is also one of the leaders of a citywide movement spearheaded by the Juvenile Justice Project of Louisiana, an organization whose mission is to close the Youth Studies Center, the city’s youth prison. The group has led campaigns to shut down other youth prisons around the state, including the notorious youth prison in Tallulah, Louisiana, and they are also working to create more options for young people beyond jail. 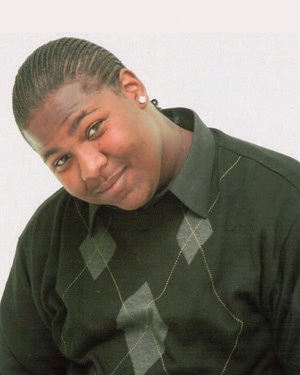 For Griffin, these struggles have personal meaning. “At the age of 10, I was sent to the Youth Studies Center,” Griffin explains. “A year later I was moved to Tallulah, which was known as the worst youth prison in the country. I was 11.

The next youngest person was 17, so I was a child among adults. And I was there for five years.”

When he was released, Griffin was determined to turn his experience into something positive. “I could have stayed on that path that was laid out for me,” says Griffin. “But I didn’t want to become that.” He credits his family for helping support him when he got out.

Griffin now works full-time at WBOK, a Black-owned talk radio station; their slogan is “Talk back, talk Black.” Art also runs in his family. His cousin Mannie Fresh, the music impresario of New Orleans’ Cash Money record label, produced much of the music that made New Orleans hip hop famous.

2-Cent videos are notable for both humor and great production values. “We liked a lot of the messages you would see on Public Access TV,” explains Griffin. “But we wanted to make something with better production.” This combination of form and content, and a mix of serious and comic, defines the 2-Cent style.

“We take education and comedy and we mix it all together,” says collective member Manda B, who writes and acts in many of the group’s videos. “We can trick people into learning. We built it off a foundation of edutainment. Even with our most crazy and bizarre scripts, we have a meaning.”

The group seems to have limitless energy and ideas, and they bring new angles to their subjects, finding humor in unexpected places and bringing ideas to young people by using that humor. Their piece on Jena, Louisiana, is filmed at the Sept. 20, 2007, protests in Jena, when tens of thousands of young people converged in what was called the birth of the 21st century civil rights movement.

But the 2-Cent video intercuts with one of their members – an effortlessly humorous young performer named Stiggidy Steve – wandering confused on Jena Street in New Orleans and wondering where everyone is.

“Older folks may try to put out similar ideas,” says Manda B. “But it’s like they’re preaching. I think we know how to connect with our generation.”

These young media activists praise Gil Scott Heron, who said the revolution will not be televised. But for 2-Cent, media is a tool to be taken and used for the mission of social change.

“Other generations marched, and we march too,” says Odums.

“But in this age we have a whole new range of weapons, and we’re trying to use those weapons. I think Martin Luther King Jr. would want to be on YouTube, to have his speeches distributed that way.

“Malcolm X would love to make mixtapes, have those out on the streets. The same reasons they boycotted and had protests in that era are our reasons too. We’re coming from that same mindset, but we’re using new tools, trying to get our inheritance.”

After nearly five years together, the group has survived Katrina and all the connected stresses of living in New Orleans during this time, and their bonds have become stronger and closer. When asked what aspect of their work they were most proud of, various 2-Cent members expressed the same sentiment as Manda B, who explained, “For me, the best element of all this is that we’re family.”

For a large collective, 2-Cent seems to have no problem working together, creating new content every week, and continually expanding the range of work they do and the audiences they reach. “We’re all together like family,” says Griffin. “And we can’t imagine not staying together.”

Jordan Flaherty is a journalist based in New Orleans and an editor of Left Turn Magazine. He was the first writer to bring the story of the Jena 6 to a national audience and his reporting on post-Katrina New Orleans shared a journalism award from New America Media. His work has been published and broadcast in outlets including Die Zeit (in Germany), Clarin (in Argentina), Al-Jazeera, TeleSur and Democracy Now. He is also co-director of PATOIS: The New Orleans International Human Rights Film Festival. He can be reached at neworleans@leftturn.org. Learn more about 2-Cent at http://2-cent.com.