Show the Board of Supervisors your support for the Public Defender’s Office on Tuesday, July 21, 2 p.m., City Hall Room 250; call them now 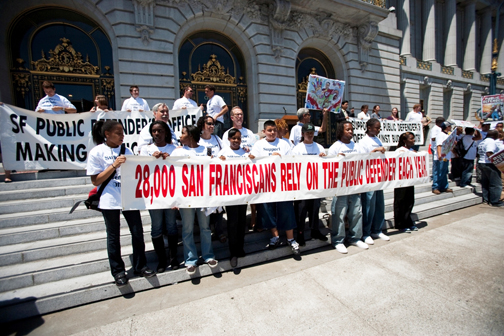 San Francisco – The Public Defender’s Office will be forced to lay off seven attorneys and five staff members, and eliminate the BMAGIC and Mo’ MAGIC programs, if $1.6 million is cut from the office’s budget, as proposed by Mayor Gavin Newsom.

In response to a letter of inquiry from the San Francisco Board of Supervisors, Public Defender Jeff Adachi said that firing attorneys from his staff would actually cost the city $700,000 more a year than what it would save by reducing his staff, since these cases would have to be referred to more expensive private attorneys.

Adachi noted that he has already reduced his staff by 10 and that he cannot provide proper representation to the 29,000 people the office is assigned to represent each year. Adachi said that he would have to withdraw from as many as 1,500 cases, which would cause court delays that could drive up the cost of jailing inmates by up to $5 million. Earlier this year, Adachi’s staff voluntary agreed to give back 10 percent of their salaries in order to help save jobs. 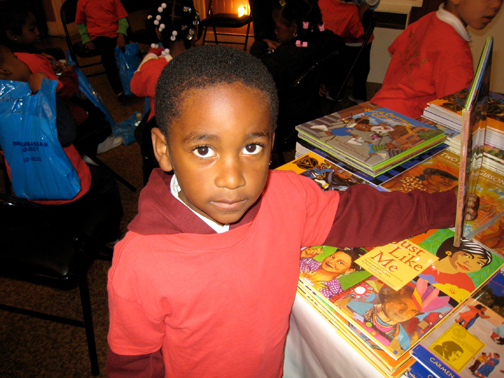 A $1.6 million budget cut would also leave the office without the means to staff the BMAGIC and Mo’ MAGIC programs. In 2004, Adachi initiated BMAGIC in order to better coordinate the work of neighborhood-based service providers in Bayview and Hunters Point and to encourage collaborative programming to benefit children, including the 2,100 children represented by the Public Defender’s Office each year. In 2006, Mo’ MAGIC was formed to serve the communities of Western Addition and Fillmore.

Together, BMAGIC and Mo’ MAGIC have united over 100 community-based organizations that serve families and youth. BMAGIC sponsors literacy programs and an annual back-to-school celebration, where it has distributed over 15,000 free backpacks and school supplies to children and youth in Bayview and Hunters Point. BMAGIC also serves as a clearinghouse for information and distributes a comprehensive youth and family resource guide for individuals seeking difficult to find services in employment, education, mentoring, recreation and health.

“BMAGIC stands for the tenet that strong services, culturally relevant education and access to resources that support healthy living will assist in the betterment of quality of life as it relates to violence prevention, intervention and re-entry,” BMAGIC Director Yvette Mari Robles said.

The devastating proposed budget cut would also result in the layoff of social workers who ensure that children in the juvenile justice system receive care, treatment and guidance consistent with their best interests, as mandated by the California Rules of Court. For every child that the Public Defender’s Office represents, social workers create individualized treatment plans that integrate mental health, special education and counseling services. For the second year in a row, not a single child represented by the Public Defender’s Office was committed to the Department of Juvenile Justice.

Adachi hopes that the Board of Supervisors votes to restore his budget. “It’s the right thing to do because it will ultimately save the city millions. It will also ensure that our justice system is working and that innocent people are not convicted of crimes they did not commit,” Adachi said.

For the second year in a row, not a single child represented by the Public Defender’s Office was committed to the Department of Juvenile Justice.

The Board of Supervisors is scheduled to vote on the budget on Tuesday, July 21, at City Hall, Room 250, at 2 p.m. You can show your support for the Public Defender’s Office and BMAGIC by attending the hearing or contacting your supervisor. Supervisor Sophie Maxwell, District 10, can be contacted at (415) 554-7670 or sophie.maxwell@sfgov.org. Contact information for all of the Supervisors is listed at www.sfgov.org/site/bdsupvrs_index.asp.