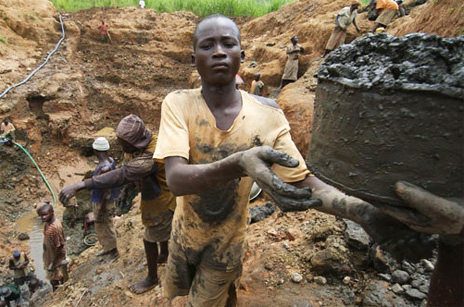 While discussing Africa ahead of his trip to Ghana, President Obama stated he is not a big believer in excuses. I understand the president’s frustration.

It pains me to see the same stories of poverty, violence and corruption play out time and time again. As a native son, the president has a unique and daunting opportunity to leave the African continent in a better position than when he took office. However, unlike the messages being sent to the people of the Middle East, Latin America or even Russia, President Obama is taking what some in the administration have called the “tough love” approach toward Africa.

But if we are going to demonstrate “tough love,” we also need to talk about the facts.

The fact is that the U.S. behaves badly in Africa. Not 20 years ago. Not five years ago. I am talking about today. The fact is that the U.S. has historically and repeatedly undercut Africa’s ability to develop real democracies and sustainable economies. During the Cold War, the U.S. hand-picked and supported several dictators. In the aftermath, we left Africa to deal with the mess and the debts of those dictators. We demanded repayment of the debts in full despite widespread poverty and a growing AIDS pandemic.

The fact is that the U.S. dumps underpriced food into many African nations, undercutting indigenous farming and perpetuating a culture of dependence. Under our current trade policies, we demand African markets stay wide open to our imports, while refusing to allow one African banana through customs.

At the G-8 summit in L’Aquila last week, President Obama spoke of the global hunger crisis and stated that wealthier nations have a moral obligation to address the issue. He talked about the villages in Kenya where his family lives and suggested that people on the ground believe that the institutions and governance aren’t working for ordinary people and must be addressed.

How are we to address those issues if we are behind the governance problem which suppresses so many African people?

We don’t have to look all the way back to slavery, colonialism or the overthrow of democrats like Lumumba. Even today, U.S. corporations act with impunity in many countries of the continent because the governments are too impotent to stop them. Bono, in writing about Obama’s message to Africa, said: “Corruption stalks Africa’s reformers. ‘If you fight corruption, it fights you back,’ a former Nigerian anti-corruption official said.” Well, this is very true, but we cannot ignore the fact that behind the corruption, it is too often an American policy or corporation pulling the strings.

Admittedly, these facts do not play well in a sound bite. It is easy to blame Africans for “their problems,” but the U.S. seems unwilling at times to admit our own responsibility in the creation of those problems.

A new day seems to be dawning as we explore a new way forward with the Middle East, Latin America and Russia, yet our relationship with Africa seems to lag behind. While I genuinely believe that there is a will to produce a sound partnership based on trust and common values, many in Africa must wonder how these promises will differ from those they have heard before.

Taking responsibility begins at home, and there is no excuse for the U.S. not to own up to our own past. We must acknowledge the negative effects of so many of our current policies. Then, and only then, can we strive to lead from a place of virtue and not of sympathetic condescension.

Nicole C. Lee is executive director of TransAfrica Forum, having been appointed in 2006 by the board of directors chaired by Danny Glover. After earning her law degree, she worked in Haiti investigating and prosecuting the human rights violations committed by the military during the 1994 coup. NNPA, the National Newspaper Publishers Association, serves over 200 Black newspapers. Read more stories from the Black press at www.BlackPressUSA.com.