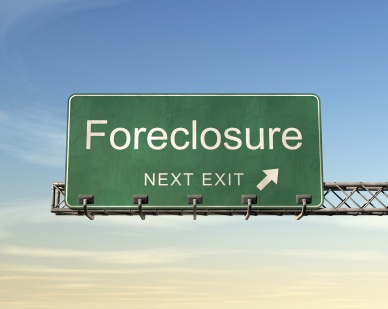 The California Legislature is now actively collaborating in the bankers’ coup d’état led by Government Sachs. Here are the details:

On Feb. 27, 2009, Gov. Arnold Schwarzenegger signed the California Foreclosure Prevention Act, authored and introduced by California Assembly Member Ted Lieu, a Democrat representing California’s 53rd Assembly District. The California Democratic Party Caucus website still proudly proclaims that Lieu’s legislation is “one of the most comprehensive and important pieces of legislation in the country to stem the tide of foreclosures and get our economy back on track,” but it’s likely to save as many homeowners as the state lottery, if that.

Why? The law that Lieu’s Assembly Bill 27 creates is supposed to give homeowners an additional 90 days to somehow cope and/or negotiate home loan modifications. However, at the very same time, the law requires the California Departments of Corporations, Financial Institutions and Real Estate to automatically grant “temporary exemptions” to any mortgage lender that submits a “substantially complete application” claiming it has a “comprehensive loan modification program” in place.

And all the major banks, which are foreclosing on 90 percent of the distressed loans in California, lined up for exemptions on June 15, the day the act went into effect, and got exemptions within 24 hours.

Here are a few of the Department of Corporation’s FAQs (frequently asked questions) for banks:

“The licensee or other entity must submit the Application for Exemption from the Provisions of Section 2923.52(a) in accordance with Section 2031.7 of Subchapter 14, Chapter 3, Title 10 of the California Code of Regulations to the Department of Corporations.

“10. How long does it take after an application is filed to obtain an exemption? 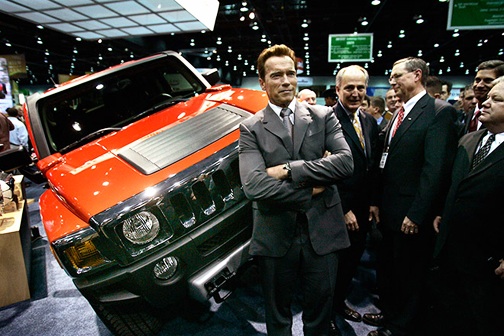 And what happens if one of California’s regulatory bureaucracies issues a temporary exemption, then rules, 30 days later, that the bank did not actually have a “comprehensive loan modification plan” in place?

Offending banks will then have to stop foreclosing for 90 days, unless and until they get another exemption.

Oh my God! Banks hate foreclosure moratoriums! They’ll do anything to retain the power to keep foreclosing, even adopt a totally toothless, but “comprehensive” loan modification program!

And the hammer? Bank execs might just as well be frightened of being hit by one of Arnold’s hybrid hummers.

Unlike homeowners, whom the bill grants absolutely no breathing room, they’ll get not only automatic exemptions, but also 30 more days to keep foreclosing on anyone already in their cross-hairs if the state later rules that they never deserved their exemptions in the first place.

And banks that don’t want to modify a single loan, or even go through the motions of considering it, have simply hired other banks that already have exemptions, like OneWest Bank, to “service” their loans.

This means that both Deutschebank and Goldman Sachs, which are now rumored to hold the majority of the securitized home loans from all over the country, have exemptions simply because they pay other banks that have exemptions to send out their monthly bills and collect the checks!

This is heartless, Orwellian, war-is-peace and freedom-is-slavery legislation, which makes life worse for distraught homeowners, many of whom have already been victimized by the predatory lending practices that triggered the mortgage meltdown, derivatives disaster and global recession.

Why worse? Because it holds out false hope, then confuses, confounds and torments homeowners with illogical, bureaucratic and ill-defined non-binding lender obligations.

Conceivably, a few determined homeowners may somehow prove that their lenders have acted in bad faith, perhaps even committed perjury to obtain exemptions. A very few may even have the whole foreclosure process thrown out due to banks’ bad faith and illegal procedure. But how many homeowners, on the verge of losing everything, have that kind of energy or bureaucratic and legal agility left?

And weren’t homeowners supposed to be using the relief created by a 90-day foreclosure moratorium to work, find work or maybe sell their homes before losing them – to somehow cope as best they can – not to struggle with the deceptions of a byzantine bank enabling law?

Foreclosure sale notices typically advise homeowners to seek legal counsel or face the sale of their homes at auction within weeks, but how many homeowners can afford a lawyer by that time, especially a lawyer capable of going up against the big banks?

Southern California real estate and bankruptcy attorney David Gibbs predicted all this when Schwarzenegger signed the bill in February, writing on Knol, a Unit of Knowledge, and, in June, posted this update:

“UPDATE – As anticipated, this piece of legislation turned out to be nothing more than a piece of Swiss cheese. On June 15, 2009, the date on which the legislation actually became effective, magically almost 47 mortgage lenders, servicers and others involved in foreclosure received a temporary exemption from the law. Amazing, considering the fact that the state had posted on its website that the applications would not even be accepted until June 15, 2009.

“In some instances, not only did the firms receive a temporary exemption, many, such as Bank of America, Citimortgage, EMC Mortgage, Kondur Capital and Select Portfolio Servicing, all received their exemptions WITHIN 24 HOURS OF ENACTMENT OF THE LAW. I am appalled at our legislators who, under the guise of protecting homeowners from foreclosure, wasted our time and taxpayer money to enact a law that is absolutely meaningless.

“Of the largest loan servicing companies in California (the ones who are foreclosing on 90 percent of homes in California), all are now 100 percent exempt from this new law. Here is a link to the current list of exempt lenders as of July 2, 2009 – be sure to check the Department of Corporations, Department of Real Estate and Department of Financial Institutions – all of which can be linked from the above website.

“Someone in the state Legislature PLEASE tell me how it makes sense to add 90 days to the foreclosure process to allow people to negotiate a modification or some other relief from foreclosure, AND THEN EXEMPT FROM HAVING TO WAIT THAT ADDITIONAL 90 DAYS THE VERY BANKS THESE HOMEOWNERS ARE TO NEGOTIATE WITH? Way to go California – financially, and now MORALLY bankrupt.”

Hear, hear, Counselor Gibbs. (And have you ever considered running for political office?)

On July 21, I reported the real nature of the California Foreclosure Prevention Act to Democratic Assembly Majority Leader Alberto Torrico  and sent him the Department of Corporations’ quick stop guide to same-day exemption for banks. And the long list of banks exempted.

Torrico notified his staff, assigned a legislative aide to investigate further and promised to hold a hearing in August. But he said that ultimately only Californians, outraged and organized at the grassroots, can turn the tide of corporate triumph led, in California, by Gov. Arnold Schwarzenegger.