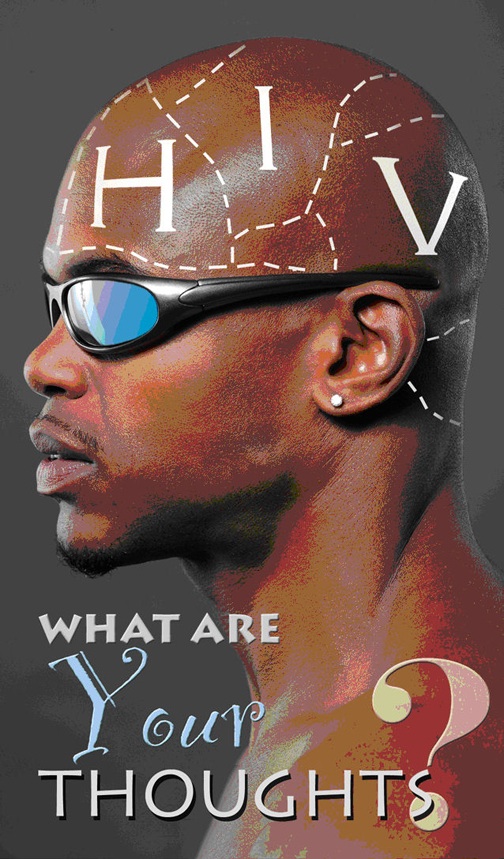 Now an article about a study by the San Francisco Department of Public Health (SFDPH) exposes the negative attitude of San Francisco’s gay community towards African American same-gender-loving (SGL) men.

The San Francisco Department of Public Health studied the social and sexual mixing between racial and ethnic groups of gay men in San Francisco. Their report, titled “Racial Mixing and HIV Risk Among Men Who Have Sex,” appeared in the journal “AIDS and Behavior” (published online May 29, 2009). It was written about in a July 6, 2009, Reuters article titled “Sexual Barriers May Up HIV Risk in Black Men.” The article opened with:

“New research hints that the social and sexual networks of black gay men, constrained by the preferences and attitudes of non-black gay men, may explain the risk of more rapid spread of HIV, the virus that causes AIDS, and higher sustained prevalence of HIV infection in black gay men.

“While black Americans are disproportionately affected by HIV/AIDS, most studies have found that black gay men don’t engage in higher risk sexual activity any more frequently than other gay men …”

Was the study for the benefit of African American SGL men?

This is ironic considering that San Francisco’s sexually “promiscuous” venues, such as its gay cruise parks, glory holes, bathhouses and sex clubs, are predominantly white. The African American presence in those places is negligible.

According to the SFDPH researchers, racism “push[es] black gay men closer together in smaller social and sexual networks – networks that are already at higher risk for HIV infection merely because the background prevalence of HIV is higher than in other groups.” Who are these Black gay men? This statement angered every Black SGL man I had spoken to about this study. They do not agree with this statement.

That statement portrayed Black-on-Black love as the gay “rainbow” community’s dregs settling in an HIV cesspool. What about Black men who PREFER Black men?

(However, I do agree that many Black men are turned off by gay men of “other races” objectifying/eroticizing them as “big black bucks,” “big black dicks,” dangerous sexual animals, Mandingoes, primitives, infantile, beastly, rough thugs, etc.)

In addition, that statement by the SFDPH researchers puts some blame on “other races” – and hence, some responsibility or obligation to solve the problem of HIV/AIDS in the African American SGL “ghetto.” However, “other races” may not agree or accept such responsibility; they might not care. They might ask, why can’t Black SGL men be more careful? Besides, the statement may not apply to Black men who love Black men.

Nor does the study reflect Black on Black love. According to the study, most of its Black men found sex with other Black men both sexually undesirable and risky.

The article concluded with one of the SFDPH researchers saying, “The racial disparity in HIV observed for more than a decade will not disappear until the challenges posed by a legacy of racism towards blacks in the U.S. are addressed.”

According to the article, the study reported that “black gay men were also counted less often among friends and were perceived as less welcome at the common venues that cater to gay men in San Francisco by other gay men.” That finding should not surprise anybody. Many Black men perceive this at least as well as “other gay men” in San Francisco.

This could have been concluded from studying the advertisements in the City’s gay media. Advertisements in the media use few African American models – especially loving Black male couples – though recently I’ve seen that the San Francisco Human Services Agency/Family Builders have used beautiful Black SGL couples in their advertisements to adopt children.

For example, Gloss Magazine is filled with advertisements for events and venues for the gay male community. The July 31–Aug. 13, 2009, issue had many images of white men embracing or holding each other. Latino men also embraced and even kissed each other in some of the advertisements.

Both sexy Latino and white models are used to represent events and venues. Ethnicity is often ambiguous since some men seem to be either swarthy white men or light-skinned Latinos. There were no images of an African American man embracing another African American man.

However, in this issue of the magazine, there were three identifiably Black images. One was a Michael Jackson impersonator. One Black man was in a large group shot with white men. In a “Healthy Penis” ad (funded by the San Francisco Department of Public Health STD Prevention and Control Services to help control syphilis), one of the penises was brown-skinned enough to be arguably Black.

According to the SFDPH study, “black gay men were three times more likely to have sexual partners that were also black, than would be expected by chance alone.” I don’t think this is a bad thing. Perhaps it is a problem to advertisers in San Francisco’s gay media. If a Black man is shown affectionately with another man in San Francisco’s gay media, the other man is usually white.

“Any colored man gains unquestioned admission into innumerable places the moment he appears as the menial attendant of some white person, where he could not cross the threshold in his own right as a well-dressed and well-behaved master of himself.”

In addition, I question AIDS organizations, as well as the SFDPH, placing African Americans in their public health announcements in San Francisco gay media – especially if they intend to reach out to African American SGL men. Gay San Francisco is not the “rainbow”; its community is not “colorblind.”

So when it comes to African American AIDS research, San Francisco may be the place to study what NOT to do.

In February 2009, the Black Men’s HIV Summit released the San Francisco African American MSM HIV Plan. One of the statements that hit me was:

“Most Black MSM [men who have sex with men] lack a sense of community; social networks are disconnected. Some Black MSM engage in ‘survival sex’ or are desperate for intimacy (and so ‘don’t think about partners’ HIV status’).”

This, to me, was much more meaningful than whether or not men of “other races” wanted to sleep with Black men. Loneliness can be very painful. Men of any race will often do anything to lessen the pain – even if the pain is only lessened for the moment. Sex is often used as quick, easy pain relief.

So, based on the summit’s statement, I did my own small, informal study. My objective was to make a study that benefited African American SGL men. I treated HIV as the symptom of a problem and not just the problem. I started with some assumptions.

Second, public health announcements could be counterproductive to finding intimacy. People become “issues.” It often requires a group to not just be “helpless victims” but to prove and focus on their “victimhood.” As the SFDPH report demonstrates, Black men risk being perceived as vectors of disease.

Third, online connections can be the antithesis of intimacy. Yet, more and more men are looking online for love. As a friend tells me, this makes the search for love harder, because fewer men are going out to meet each other directly.

I propose that one possible solution to finding intimacy in San Francisco’s Black MSM community is actually quite simple – speed dating. Some African American friends of mine tried speed dating and it worked for them.

For example, The Vibe Lounge in Oakland had a speed dating event for Valentine Day. A lot of curious African American SGL men showed up, but were hesitant. One African American friend of mine participated. He met someone and has been dating. I haven’t seen my friend since that night.

Another African American friend of mine described his experiences with speed dating as “satisfying.” He had fun. He actually talked to men. He met men without investing too much time and energy; there was no personal risk or emotional investment.

He felt it was a great alternative to the bars because the emphasis was not alcohol – so the men he met were more clear-headed and not drunk or high. My friend said the people were nice, even if he didn’t get a date. Speed dating lessened his loneliness. He would definitely recommend speed dating to others.

My friend’s only complaint was that not enough Black men participated. So how about a study on how to make speed dating work within the African American SGL community?

I understand that many Black men will be hesitant to try speed dating; I know some might see it as too public and appearing too desperate. Other men will want to be sure that attractive, desirable men will be participating. However, if more and more African American men participated, speed dating could become quite popular. In addition, the more people in the community who participate, the better everybody’s chance of meeting someone for an intimate – not just sexual – opportunity.

Finally, I conclude that speed dating is less humiliating than a national report on “other races” avoiding having sex with San Francisco SGL Black men because they are perceived to be vectors of disease.

Kheven LaGrone is the editor of “Alice Walker’s ‘The Color Purple,’” a collection of literary criticism by American and Asian scholars of the controversial novel. He can be reached at kheven@aol.com.