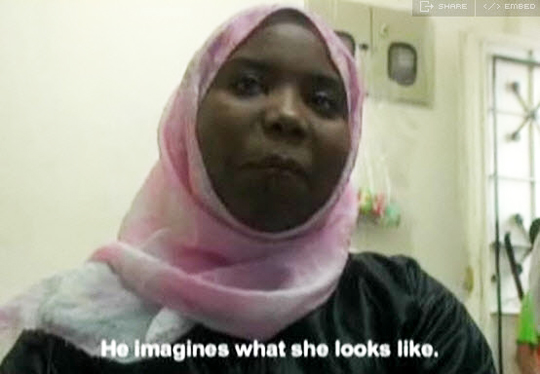 Bay View readers know Jordan Flaherty, who partnered with filmmaker Lily Keber to make these videos, for his extraordinary coverage of post-Katrina New Orleans and other hot spots in Louisiana, including Jena, infamous for the Jena 6, and Angola Prison.

In June, he traveled to Gaza, where he wrote Resistance in Gaza: Young Palestinians find their voice through hip-hop about a crew of rappers, including at least one who could easily pass for a brother in the hood. In these videos, too, you’ll see many Black faces, illustrating the kinship between the struggles in Palestine and the U.S.

Speaking of “Gaza Under Siege,” Flaherty says, “The video features a range of people in Gaza, from government leaders to the director of the U.N. Relief and Works Agency to farmers and people living in devastated neighborhoods. It paints a powerful picture of the reality of life there right now.”

After three years under siege and a recent Israeli-led offensive, Gaza continues to suffer. No materials for rebuilding are allowed in, and education and industry continue to be stifled. Shot in June 2009, this short film  gives a glimpse into the harsh realities of everyday Gaza under siege.

Gaza Under Siege from Lily Keber on Vimeo.

“In the midst of a devastating military bombardment and continuing economic blockade, the people of Gaza are still demanding freedom. While international attention has focused on Gilad Shalit, an Israeli soldier captured by Hamas in 2006, U.S. media and politicians rarely speak out about the more than 11,000 Palestinians held in Israeli prisons, almost half of them without charges,” Flaherty writes about “Prisoners of Gaza.”

“Prisoners come from all walks of life, from children and the elderly to members of the Palestinian Legislative Council, the democratically elected government.

“Prisoners of Gaza features family members of prisoners, government representatives and street protests, all of it shot during a recent trip to Gaza, sponsored by the New Orleans Human Rights Delegation.”

“Gaza’s Prisoners” is a short film, shot in June 2009, chronicling the impact of incarceration on families in Gaza. With over 11,000 Gazans held in Israeli prisons, it is difficult to find a family who has not been affected. For over three years, no family visits have been allowed, and communication is difficult, often impossible.

Jordan Flaherty is a writer and community organizer based in New Orleans. He was the first journalist with a national audience to write about the Jena 6 case and played an important role in bringing the story to worldwide attention. His post-Katrina writing in ColorLines Magazine shared a journalism award from New America Media for best Katrina-related coverage in the ethnic press, and audiences around the world have seen the news segments he’s produced for Al-Jazeera, TeleSur and Democracy Now.

Lily Keber is a filmmaker based in New Orleans and the director of the film “T. Don Hutto: America’s Family Prison.” Lily is a graduate of the Appalshop Community Media Production Program and the Cannes Student Filmmaker Program.