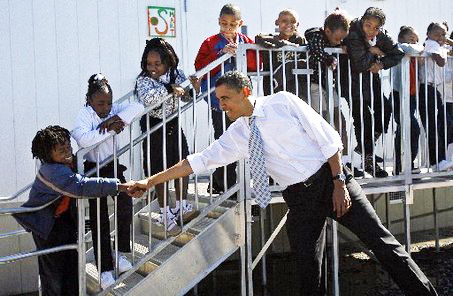 This month marks four years since Katrina hit the Gulf Coast. The world saw who was left behind when Katrina hit. The same people have been left behind in the “rebuilding.”

In the rebuilding, those with money have done OK. Those without have not. It is the American way. Here is a statistical snapshot illustrating some of the legacy of Katrina and the U.S. response.

2. Number of Katrina cottages completed in Louisiana as of beginning of 2009 hurricane season under $74 million federal program. (See http://www.nola.com/news/index.ssf/2009/06/caught_somewhere_between_joy_a.html.)

33. Percent of 134,000 FEMA trailers in which Katrina and Rita storm survivors were housed after the storms which are estimated by federal government to have had formaldehyde problems. (See http://www.southernstudies.org/2009/07/post-54.html.)

52. Percent of federal rebuilding money allocated to New Orleans that has actually been received. (See See “The New Orleans Index: Tracking the Recovery of New Orleans and the Metro Area” for 2009, at https://gnocdc.s3.amazonaws.com/NOLAIndex/ESNOLAIndex.pdf, published by the Brookings Institution Metropolitan Policy Program and the Greater New Orleans Community Data Center, page 15/23.)

88. Percent of the 600 New Orleans residents who will be displaced by proposed new hospital complex who are people of color. (See Programmatic Environmental Assessment, at 3-86.)

27,279. Number of Louisiana homeowners who have applied for federal assistance in repair and rebuilding after Katrina who have been determined eligible for assistance but who still have not received any money. (See Road Home Program, “Weekly Detailed Statistics as of August 12, 2009”: 151,783 eligible applicants and 124,504 have closed.)

30,396. Number of children who have not returned to public school in New Orleans since Katrina. This reduction leaves the New Orleans public school population just over half of what it was pre-Katrina. (See Greater New Orleans Community Data Center, “Public School Enrollment 2008-2009,” at http://www.gnocdc.org/school_enrollment.html.)

65,888. Unoccupied addresses in New Orleans. This is 31 percent of the addresses in the city and nearly as many as Detroit, a city twice the size of New Orleans. (See “The New Orleans Index: Tracking the Recovery of New Orleans and the Metro Area” for 2009, at https://gnocdc.s3.amazonaws.com/NOLAIndex/ESNOLAIndex.pdf, published by the Brookings Institution Metropolitan Policy Program and the Greater New Orleans Community Data Center, page 12/23. See also http://www.gnocdc.org/BenchmarksforBlight/index.html.)

9.5 million. Dollar amount of federal Medicaid stimulus rejected outright by Louisiana Gov. Bobby Jindal which would have expanded temporary Medicaid coverage for families who leave welfare and get a job. (See WDSU, “Jindal Says ‘No’ to Health Care Stimulus Funds,” at http://www.wdsu.com/money/19057646/detail.html.)

?. Current vulnerability to storm-related flooding. The Army Corps of Engineers continues work to provide protection from a storm surge that has a 1 percent chance of occurring any given year. However, Katrina was a stronger storm than the system under construction is designed to protect against. Because no updated indicators exist on land loss, coastal restoration and mitigation of flood risk due to human engineering, tracking recovery is, at best, challenging. (See “The New Orleans Index: Tracking the Recovery of New Orleans and the Metro Area” for 2009, at https://gnocdc.s3.amazonaws.com/NOLAIndex/ESNOLAIndex.pdf, published by the Brookings Institution Metropolitan Policy Program and the Greater New Orleans Community Data Center, page 14/23.)

Davida Finger is a justice lawyer and clinical professor at Loyola University New Orleans. Bill Quigley is a human rights lawyer on leave from Loyola now serving as legal director at the Center for Constitutional Rights. He can be reached at quigley77@gmail.com. 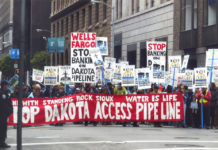