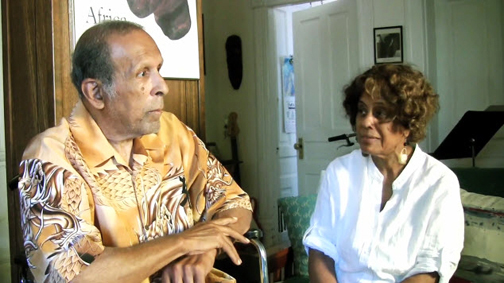 Renowned bassist Ortiz Walton was once the youngest person and first African American to play in the Boston Symphony.

But at 75, not only can’t Walton play his bass, but he cannot bathe, dress, eat or move in his wheelchair without the help of his wife, Carol, and assistance from state-subsidized services designed to keep him in their Berkeley, Calif., home and out of a nursing institution.

Those services were line-vetoed entirely last week by Gov. Arnold Schwarzenegger. The governor terminated $489 million in additional spending over and above reductions already agreed on by California legislators.

Gov. Schwarzenegger stated that he wished to balance the state budget without raising taxes and wanted to increase the state’s rainy-day reserve fund for future “economic uncertainties and reduce the state’s structural deficit.” Among his actions to achieve those goals, Schwarzenegger “blue penciled” programs helping tens of thousands of frail seniors and people with disabilities.

California’s explosive budget battles are famously unique to the Golden State’s convoluted financial structure. What California has in common with the rest of the nation, though, is the growing burden of health care costs, especially long-term care for people such as Ortiz Walton, who have chronic conditions.

Surveys by AARP have shown that only about half of older Americans and their families realize that Medicare, the federal health program for people 65 and older and many with disabilities, does not cover most long-term care. In the United States, unlike every other advanced economy, families provide 80 percent of such care with little or no help.

“Being able to turn to home and community-based care programs is especially important to families from Hispanic, Asian and African-American cultures that have a deep sense of obligation to their elders,” said Lydia Missaelides, director of the California Association for Adult Day Services in Sacramento.

No group, especially the 78 million aging boomers, likes nursing homes, she said, but ethnic families particularly resist having to put a loved one in a nursing home.

For example, older women from ethnic cultures not living with a spouse are twice as likely to live with family members as white women, according to a 2008 report from the Federal Interagency Forum on Aging-Related Statistics.

Nationally, states spend more than $70 billion on long-term care through the federal-state Medicaid program – called MediCal in California – for low-income elders and people with disabilities. Because the Medicaid law mandates that nursing homes be paid, cuts fall hardest on home and community care programs. A host of states, including Illinois, Florida, Rhode Island and New York, have recently cut Medicaid programs for elders.

AARP’s Public Policy Institute shows in a June 2009 report that states use only one dollar in four to pay for home and community based services, such as home care and adult day health care. The bulk goes to nursing homes, the most expensive help for frail people, at a national average of $70,000 per patient per year.

Ironically, California recently became one of only five states to devote more than 50 percent of its MediCal spending for long-term care on home and community options. Missaelides and other experts worry that the new cutbacks might permanently reverse California’s leadership in helping elders to remain relatively independent at home for as long as possible.

Kathleen Kelly, who directs FCA (Family Caregiver Alliance), one of the organizations assisting the Waltons, stated, “The infrastructure we’ve built over the last 20-30 years to keep people at home is crumbling fast.” Kelly expects a spike in costly emergency room visits and nursing home admissions in about six months, after the budget reductions take effect.

Waiting lists for remaining programs, for example, California’s In-Home, are also apt to swell, she said.

Supportive Service program for low-income seniors and people with disabilities already had 5,000 people on its waiting list before the latest cuts totaling $263 million, including Gov. Schwarzenegger’s extra trim of $37.5 million.

Even modestly middle-class families, like the Waltons, who do not qualify for Medicaid program, must turn to a patchwork of state and local services that are more or less accessible depending on a state’s financial fluctuations and political winds.

At their Berkeley home, the job of caregiving has fallen to Carol, 74, since Ortiz was diagnosed three years ago with the neurological disorder, progressive supernuclear palsy (PSP).

Because the Waltons pay thousands of dollars a year out-of-pocket for equipment, medications and health care needs, they’ve been grateful for community services that have enabled Carol to care for Ortiz at home.

The couple found help from the nonprofit Over 60 Health Center at LifeLong Medical Care and the Family Caregiver Alliance (FCA). These services have provided the Waltons access to respite care, allowing Carol to get time to recharge her energy away from the relentless demands of caregiving.

She also received counseling, classes and support groups that have taught her ways to care for Ortiz safely, while taking better physical and mental care of herself.

Key to this assistance was FCA’s San Francisco Bay Area Caregiver Resource Center – one of 11 such centers in California, which Gov. Schwarzenegger deleted from the budget.

Furthermore, the governor reduced help for families needing Adult Day Health Centers to three days a week instead of five days. California’s 325 adult day health programs enable 38,000 low-income caregivers to drop off loved ones for safe, supervised care during the day, so family members can continue working while maintaining care at home. The cost is about one-third of nursing home care per patient for the California’s Medicaid program.

About a quarter of adult day care patients – “those most at risk of destabilizing” – could lose care by this fall, said Missaelides. She added, “We know from talking to our members that some will be placed fairly quickly in a nursing facility, if there is no caregiver or the family is unable to provide care for those two additional days.”

To fill in the extra two days, Missaelides said, some probably will leave their jobs and others may take desperate measures. One adult day care provider she spoke to said a caregiver, whose father has Alzheimer’s disease, told her she will have to “lock him in his room during the day and hope he stays safe.”

“Despite much progress, home and community services remains badly underfunded in many states,” said Howard Gleckman, a senior researcher at the Urban Institute in Washington, D.C., and author of “Caring for Our Parents.” “Many states have long waiting lists; others offer such limited care that it doesn’t work for many people,” he said.

“A national long-term care program should prevent much of this,” Gleckman said. “If it could be financially self-sufficient and independent, it would be relatively immune from politics. Regrettably, Congress is unlikely to include fundamental long-term care reform in the health care bill it is now trying to cobble together.”

This New America Media News Report, comprising the video, story and sidebar, was posted Aug. 10, 2009, at http://news.newamericamedia.org/news/view_article.html?article_id=b88471def91d2e8e23483276e5abca29 and is reprinted with permission.

“First, he walked slower, then with a cane and now he’s in a wheelchair,” said Carol Walton about her husband of 52 years, professional bass player, music educator and author Ortiz Walton.

The Waltons are among the 22.9 million households in the United States that struggle daily to maintain an elderly relative or sick child at home – and out of a nursing home – for as long as possible, according to the National Alliance for Caregiving.

The U.S. is the only economically advanced country that does not cover long-term care for middle-income people like Ortiz, who have chronic conditions. Only those in poverty, who qualify for Medicaid – called MediCal in California – and a small percentage of Americans with limited long-term care insurance may obtain help. Long-term care is currently not included in federal health-care reform bills.

Since 2006, Ortiz, 75, has lost his ability to play the bass due to progressive supernuclear palsy, which saps his muscle control. “He used to go outside with a walker, but he has less and less energy to do that now,” said Carol, 74.

A half-century ago Ortiz not only became the Boston Symphony’s youngest musician, but also its first African-American member. Eventually, he also earned a doctorate in sociology from the University of California, Berkeley, and published his book, “Black, White & Blue: A Sociological Survey of the Use and Misuse of Afro-American Music.”

Besides performing internationally, Ortiz devoted much of his time to social justice issues, holding benefit concerts to promote voting rights and working with Carol, a retired HeadStart program evaluator, to promote multiethnic education and help young people in their struggle against substance abuse.

Because the Waltons’ moderate income does not qualify Ortiz for MediCal, the couple pays hundreds of dollars a month for costs associated with chronic illness, such as medications, his wheelchair and hospital bed. They cannot afford caregiving services, so Carol must help Ortiz move, bathe, dress and eat.

The couple had hoped to continue receiving some therapy and other services from nonprofit public health organizations, but California budget cuts have severely reduced or completely eliminated much of that assistance.

The Waltons’ isolation is risky in emergencies. In July, Carol passed out while trying to help Ortiz, who had fallen. Fortunately, Ortiz did not need emergency care, but Carol was shaken by the thought that no one else was available to help him while she was unconscious.

Ortiz still hopes to play his bass in the future. When their finances improve, the Waltons hope to find an electric bass that could strap around his neck so he wouldn’t have to hold the instrument upright.

With determination, Ortiz said, “I feel sad that I have to give up the bass – temporarily.”