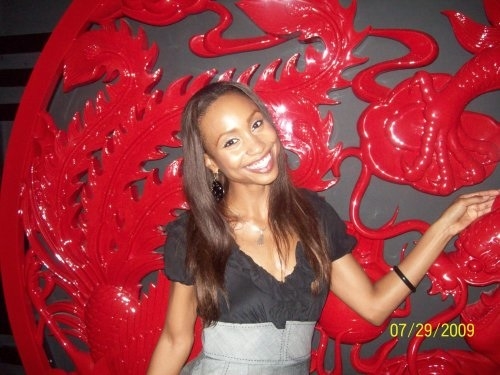 This month Muslims around the world are observing Ramadan, which is compared in the Black revolutionary tradition to how Black August is celebrated in the prisons, where people fast during the day, exercise more, study more and recommit themselves to their belief system. Under this section I am submitting two stories that look at the faith of young Black Orthodox Muslims in the Bay Area, one from a male perspective and one from a female perspective.

In order for us to be able to do more interdependently, we have to respect each other more, and that is rooted in us understanding and knowing more about each other. These two articles are to help educate non-Muslims about the beliefs of young Black people who are committed to Islam. Listen to Qadriyyah Abdullah in her own words describe her beliefs and the importance of Ramadan to her life.

M.O.I. JR: How long have been involved in Islam? How did you come into it?

Qadriyyah: I was born a Muslima. My family raised me Muslim, as they do and have followed Islam before my existence. I continue to follow Islam because it has been engrained in me so deeply and it is something I truly do believe in my heart.

M.O.I. JR: Most Muslims say that Islam is a way of life and not a religion. Do you believe that? What does that mean?

Qadriyyah: I agree, meaning that it is not just a religion to act upon, but it is a perfect way to live your life. It is designed with the human in mind: our nature, ways of interacting with one another and doing all that is good, avoiding all that is bad, for the human spirit.

M.O.I. JR: Right now Muslims across the world are celebrating Ramadan. When is it? What is its significance? And how is it practiced?

Qadriyyah: Ramadan varies from year to year based off of the calendar of America and most of the world follows. The Lunar calendar is what is used in terms of recognizing Ramadan, so the two calendars are very different on the timeline used. Ramadan is approximately 10 days earlier each year. For example, Ramadan landed around the 1st of September, 2008, and now this year Ramadan started around the 22nd of August, 2009. Based off of the calendar, we track the days within America.

The significance of Ramadan is to practice patience and discipline, but more importantly to bring us closer to the Most High and remind us of Him as well as the purpose of our existence: to worship none but Him, and to do good things on earth during our short time here, and refrain from any evil. It has been prescribed for us for purification of the body, mind and soul.

It is practiced by refraining from eating, drinking, sexual activities with our husbands and wives, listening to, being in the company of and practicing things which are forbidden during daylight hours. On the other hand, practicing all that is good and reading the Qur’an to help bring us closer to The Creator of Life is also prescribed during this time.

M.O.I. JR: In masjids that primarily consist of Black people born in the United States, is Islam practiced different than it is in say masjids in Saudi Arabia or Palestine?

Qadriyyah: Islam may be practiced differently because of cultural influences and different locations of certain communities, but the true essence of Islam is the same all over the world.

M.O.I. JR: The basis of Islam is the Five Pillars; what are they?