A study conducted by the Central Intelligence Agency (CIA) has cast doubt over Israel’s survival beyond the next 20 years. 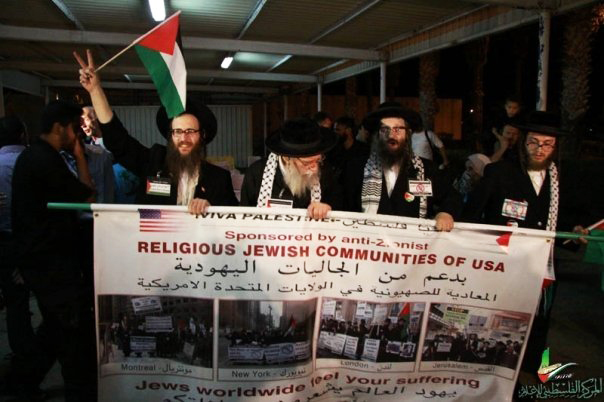 The CIA report predicts “an inexorable movement away from a two-state to a one-state solution as the most viable model based on democratic principles of full equality that sheds the looming specter of colonial apartheid while allowing for the return of the 1947-1948 and 1967 refugees. The latter being the precondition for sustainable peace in the region.”

The study, which has been made available only to a certain number of individuals, further forecasts the return of all Palestinian refugees to the occupied territories, and the exodus of 2 million Israelis – who would move to the U.S. in the next 15 years.

“There are over 500,000 Israelis with American passports and more than 300,000 living in the area of just California,” international lawyer Franklin Lamb said in an interview with Press TV on Friday, adding that those who do not have an American or Western passport have already applied for them.

“So I think the handwriting at least among the public in Israel is on the wall … [which] suggests history will reject the colonial enterprise sooner or later,” Lamb stressed.

He said the CIA, in its report, alludes to the unexpectedly quick fall of the apartheid government in South Africa and recalls the disintegration of the Soviet Union in the early 1990s, suggesting the end to the dream of an “Israeli land” would happen “way sooner” than later.

The study further predicts the return of over 1.5 million Israelis to Russia and other parts of Europe, and denotes a decline in Israeli births compared to a rise in the Palestinian population.

Lamb said, given the Israeli conduct toward the Palestinians and the Gaza Strip in particular, the American public – which has been voicing its protest against Tel Aviv’s measures in the last 25 years – may not “take it any more.”

Some members of the U.S. Senate Intelligence Committee have been informed of the report.

Editor’s note: Although Press TV first published this story on March 13, 2009, it was re-circulated Sept. 20 by the World View News Service. On Sept. 21, Jeff Gates wrote “Will Israel fall in five years?” (see below) and submitted it for publication to Intifada-Palestine.com. Franklin Lamb, Ph.D., the source for the Press TV story above, told the Bay View on Sept. 21 that he continues to stand by the story. He said he was referring to the CIA report when he wrote in “AIPAC Sends in the Clowns” (Counterpunch, Aug. 19, 2009): “(House Majority Leader Steny) Hoyer refused comment on Kadema leader Tzipi Livni’s ‘leak’ of part of last year’s CIA study that Hoyer helped AIPAC bury on Capitol Hill. Appearing to quote from the now withdrawn ‘study,’ Livni declared in a former Palestinian village, now renamed Tirat Hacarmel: “‘I see the despair of many Israelis. Hundreds of thousands see what is happening and arrange for a foreign passport, send their children to study abroad and even buy a house overseas.’” (Livni’s quote appears in Israel’s YNet News Aug. 12, 2009.) Lamb, who writes from Beirut, Lebanon, where he is director of Americans Concerned for Middle East Peace and acting chair of the Sabra-Shatila Memorial Scholarship Program Laptop Initiative, Shatila Palestinian Refugee Camp, says AIPAC, Hoyer and the U.S. Senate Intelligence Committee all have copies of the CIA report. Lamb can be reached at fplamb@sabrashatila.org.

Will Israel fall in five years?

“The undersigned therefore take this means of publicly presenting a few salient facts concerning Begin and his party; and of urging all concerned not to support this latest manifestation of fascism.” – Albert Einstein, signatory, Letters to the Editor, New York Times, Dec. 4, 1948

Online reports of a study by the U.S. Central Intelligence Agency cast doubt over the survival of Israel beyond the next two decades. Regardless of the validity of the report, with what is now known about the costs in blood and treasure that the U.S.-Israeli relationship has imposed on the U.S., its key ally, Israel could fall within five years.

For more than six decades, American support for Israel has relied on the ability of pro-Israelis to dominate U.S. media, enabling Tel Aviv to put a positive spin on even its most extreme behavior, including its recent massacre in Gaza. With access to online news coverage, that Zionist bias is becoming apparent and the real facts transparent.

Though Americans seldom show a strong interest in foreign affairs, that too is changing. While few of them grasp the subtleties of one-state versus two-state proposals, many have seen online the impact of a murderous Israeli assault on Palestinian civilians that was timed between Christmas and the inauguration of Barack Obama.

The leaders of the 9-11 Commission acknowledged that its members would not allow testimony on the impetus for that attack. Yet the report confirmed that the key motivation was the U.S.-Israeli relationship. With access to online news, more Americans are asking why they are forced to support a colonial Apartheid government.

With the election of yet another extremist Israeli government led by yet another right-wing Likud Party stalwart, it’s clear that Tel Aviv intends to preclude peace by continuing to build more settlements. With that stance, Israel not only pushed Barack Obama into a corner, it also forced U.S. national security to make a key strategic decision: Is Israel a credible partner for peace? By any criteria, the answer must be a resounding “No.”

That inescapable conclusion leaves Americans with few options. After all, the U.S. is largely responsible for the legitimacy granted this extremist enclave in May 1948 when Harry Truman, a Christian-Zionist president, extended nation-state recognition. He did so over the strenuous objections of Secretary of State George Marshall, the Joint Chiefs of Staff, the fledgling CIA and the bulk of the U.S. diplomatic corps.

By December 1948, a distinguished contingent of Jewish scientists and intellectuals warned in The New York Times that those leading the effort to establish a Jewish state bear “the unmistakable stamp of a Fascist party.” Albert Einstein joined concerned Jews who cautioned Americans “not to support this latest manifestation of fascism.”

Only in the past few weeks has the momentum emerged to subject Israel to the same external pressures that were brought to bear against Apartheid South Africa. After more than six decades of consistent behavior – and clear evidence of no intent to change – activists coalesced around the need to boycott Israeli exports, divest from Israeli firms and impose sanctions against Israel akin to those it seeks against others.

The focal point for peace in the Middle East should not be those nations that do not have nuclear weapons but the one nation that does. Absent external pressure, Israeli behavior will not change. Absent pressure – and likely force – applied by the U.S. as the nation that has long enabled this behavior, Colonial Zionism will continue to pose a threat to peace. Occupying powers are not known to voluntarily relinquish lands they occupy. Likewise for their readiness to surrender nuclear arms.

An end to Jewish fascism?

The key issue need no longer be a subject of endless debate. There must be a one-state solution consistent with democratic principles of full equality. Informed Americans are no longer willing to support a theocratic state in which full citizenship is limited to those deemed “Jewish” (whatever that means). If local birth rates suggest an eventual end to the “Jewish state,” then so be it. Why wait two decades when this nightmare can be drawn to a close in less than five years?

Forget about a return to pre-1967 borders; instead return to pre-1948 borders. Designate Jerusalem an international city under U.N. protection and dispatch multi-national forces to maintain peace. Palestinians should have a right of return, including the ability to recover properties from which they fled under an assault by Jewish terrorists. If Colonial Zionists (aka settlers) want compensation for “their” property, let them seek restitution from the Diaspora that encouraged their unlawful occupation.

Those who consider themselves “Jewish” can remain as part of an inclusive democracy. Or they can depart. Americans must consider how many of these extremists it wants to welcome to a nation already straining under an immigration burden. A reported 500,000 Israelis hold U.S. passports. With more than 300,000 dual citizens residing in California alone, that state may require a referendum on just how many Zionists it wishes to receive. Likewise for Russia from which many “Jews” fled, including some 300,000 Russian émigrés who support the Likud Party but have yet to be certified as Jewish.

Zionists originally saw Argentina and Uganda as desirable venues to establish their enterprise. They may wish to apply there for resettlement. The question of why Palestinians (or Californians) should bear the cost of a problem created by Europeans six decades ago is one that Tel Aviv has yet to answer except by citing ancient claims that it insists should take precedence over two millennia of Palestinian residence.

By withdrawing Israel’s status as a legitimate “state,” those Jews long appalled by the behavior of this extremist enclave can no longer be portrayed as guilty by association. That long overdue shift in status is certain to benefit the broader Jewish community. By shutting down Israel’s nuclear arms program and destroying its nuclear arsenal, the world can be spared the key impetus now driving a nuclear arms race in the region.

Unless pro-Israelis can create another crisis by inducing an invasion of Iran (or a race war), Americans will soon realize that only one “state” had the means, motivation, opportunity and stable nation-state intelligence required to fix the intelligence that led the U.S. to invade Iraq consistent with the expansionist goals of Colonial Zionism.

Intelligence now working its way to transparency will soon confirm that, but for Zionists within the U.S. government, 9-11 could have been prevented and war in Iraq avoided. To date, this extremism has been enabled by a series of weak U.S. presidents. For the U.S. to restore its credibility requires that it not only lead the effort to shut down the Zionist enterprise but that it also share responsibility for its behavior to date.

Jeff Gates is author of “Guilt by Association,” “Democracy at Risk” and “The Ownership Solution.” Former counsel to the U.S. Senate Committee on Finance, he has served as a policy consultant to 35 governments worldwide. See www.criminalstate.com.