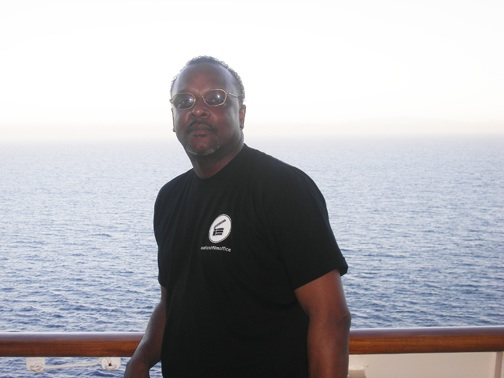 Renay Jackson is the literary son of the timeless writers who were the first popular street-lit legends, Donald Goines and Iceberg Slim. Renay Jackson’s stories of ghetto street life are based right here in the Bay Area’s Black experience. This extremely talented author is also a publisher of six titles who teaches people in Oakland about self-publishing in workshops at libraries in Oakland throughout the year. The home of independent rap music is also quickly becoming the home of self-published lit.

Check out Renay Jackson in his own words as he describes his humble beginnings and thoughts on self publishing. And also go out and support your Black independent publishers.

M.O.I. JR: How did you get into writing? Who were some of your inspirations? How long have you been doing it professionally?

Renay Jackson: My first three years in high school were spent writing for the school newspaper. As a junior I was sports editor then Page 2 editor as a senior. The point being I have always enjoyed writing but what I really love to do is spin tales. Telling interesting stories that capture someone’s attention and hold it is truly satisfying.

I get my inspiration from within. It’s a form of self motivation that works well, allowing me to thrive in my pursuits. You see, I find it easy to amuse myself and am very comfortable in doing so. Whether I’m practicing on my bass, cooking, writing song lyrics, painting or fixing things around the house, I’m satisfied doing what many would call nothing.

Writing is a solitary job with only you, the computer and your imagination. You have to have an extreme amount of patience because you cannot write a book in a day. It takes time, so if you are the impatient, I-need-to-see-results-right-now type of person, then you probably will not be able to write a book.

This is my 10th year of professional writing and I currently have six books available nationwide. When I finished my first manuscript, it was promptly rejected by publishing houses, so I decided to self publish. Taking the knowledge gained from my rap career in the early ‘80s, I applied it to the book game, then added a few unconventional sales strategies to the mix and cooked up a winning formula.

M.O.I. JR: How do you get the subject matter for your books? What are the different titles you have?

Renay Jackson: My titles are “Oaktown Devil,” “Shakey’s Loose,” “Turf War,” “Peanut’s Revenge,” “Crack City” and “Sweetpea’s Secret.” I get subject matter from all aspects of life, society and personal experience. All writers have a little bit of themselves in their novels but the majority of it is make-believe. It’s a figment of my imagination, but the reader knows it could be true.

My style of writing puts the reader directly in the middle of the story. It’s like you are in a corner watching the action unfold. If they are smoking a pipe, you can smell the cinnamon spice incense aroma, which is the closest fragrance to a crack pipe that I have ever smelled. Characters are drawn from my imagination too. For one person alone, I will use traits and mannerisms from at least six people, combine it all together and finish with a fool that many people can relate to because they see a little bit of themselves in that character.

M.O.I. JR: How hard was it to get your first book on the street? Who edited it? How did you get it printed?

Renay Jackson: “Oaktown Devil” was my first book and one mistake I made was not having it edited because of finances. No matter how many times you go over a book that hasn’t been edited, once it is released you are guaranteed to see mistakes. Fortunately, each time I went for re-prints, I would re-write the manuscript eliminating more mistakes, so every new edition was cleaner.

I found a printing company in Nebraska called Morris Publishing and had them send me what is basically a self publishing starter kit which gave instructions from beginning to end on how to publish your book. Once I had the actual books in hand, I set up bookstands in beauty parlors, barber shops, corner stores, greasy spoons and anywhere someone would let me.

I had three daughters and a niece in high school and they had friends who attended every high school in the district (Oakland Unified), so I put them all on commission paying $5 for each $13 dollar book sold. It was almost the same 40 percent bookstores get for selling your work and it helped me explode on the scene because all of the teenagers knew who I was and they spend the most money – their parents’ money – on stuff.

By the time I walked in bookstores, they had heard of me and were eager to sell my books. I was sort of like Too $hort in the rap world whereas he was an underground phenomenon with no radio play, and I became the most requested author in prisons and high schools with no bookstore exposure. It’s called proving to the industry that the public wants what you are selling. There is a market for it.

M.O.I. JR: How do you distribute your books?

Renay Jackson: I think I just answered that but I was initially turned down by distributors. By the time my second book, “Shakey’s Loose,” was released, the distributors came to me. After I released “Peanut’s Revenge,” my fourth novel, I signed a lucrative deal with North Atlantic Books, who then had all four books edited, re-packaged with new cover designs and distributed nationwide by Random House.

M.O.I. JR: Who are some of the Black writers that have inspired you?

Renay Jackson: The first book I ever read in my life was “El Dorado Red” by Donald Goines. I was 16 at the time, which is rather late to start reading but in my neighborhood reading books was not considered cool. Within two months I had read all 16 of his books along with seven written by Iceberg Slim.

Those two dudes inspired me to read because after devouring their books I began reading anything I could get my hands on which opened my eyes to another world besides the ignorance, stupidity and clowning of the ghetto, in which I was raised. See, I grew up in North Richmond, St. Johns Apartments in the Iron Triangle, West and East Oakland. My mother had eight of us, was on welfare and food stamps, did not own a car nor have a man. We were ghetto poor and you can only imagine the embarrassment of being a teenager without a ride in the family. We caught a cab home from the grocery store on the first.

M.O.I. JR: What is your advice to someone who wants to get into self-publishing?

Renay Jackson: To this question there are so many answers. One thing for certain is to learn all you can about the book industry because if you don’t, you will get played. Also understand that you can have all the marketing, strategy and promotion in the world but if the book is no good, it will not sell.

Everyone gets an initial rush because friends and family will buy your book regardless. What makes or breaks you are word of mouth sales or random purchases by someone in a store who just happens to pick up your book and scan through a few pages then buys it.

You must realize that in order to make money you will have to be a shameless promoter and also have an angle. You know, I conduct a free self publishing workshop annually at public libraries in Oakland and am really proud to say that each and every year at least one person in attendance produces a book from the knowledge gained. This year the author is named Mary E. Gilder and her book is titled “A Misrepresentation of Myself.” It is doing very well and Mary has already completed her second manuscript.

The topics I cover in the workshop include securing a copyright, business license, fictitious business name, seller’s permit, peddler permit, bar code, ISBN, book cover design, front and back, consignment selling, hand to hand sales, online sales, promotion and marketing, to name a few. I also go into detail about the different kind of self publishing avenues such as print-on-demand (POD) or vantage presses vs. traditional self publishing.

It’s so much stuff covered in a short time plus I give away all the forms needed. The reason why is simple: When I wanted to publish, no one would lend a hand or give advice, and the workshops I attended were all about an author trying to sell you their book and giving limited advice on what to do.

I receive my blessings from the Lord so I expect nothing for helping the next person achieve their dream. One of the greatest feelings in the world is to see the look on a person’s face once their book arrives and know that you’ve played a part in that happening. I think my free workshops are the greatest contribution I can make to the community. It’s my way of giving something back.

M.O.I. JR: How do people get in touch with you? Where can people find your books?

Renay Jackson: I can be reached by email at renayjackson2009@yahoo.com and my books can be purchased online, at the major chain bookstores or your neighborhood bookstore.