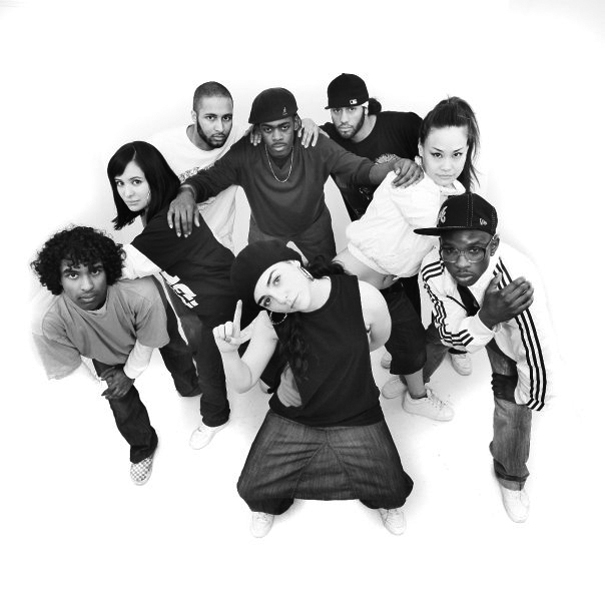 The DanceFest has consistently earned critical accolades and the audiences have responded year after year with tremendous enthusiasm. The most notable aspect of this year’s program is its commitment to the global perspective. All of the international guests are making their Bay Area – and in some cases, U.S. – debut on the San Francisco Hip Hop DanceFest stage.

Two of the dance companies from “across the pond” sat down to tell us a little bit about themselves: Bad Taste Cru from Ireland and Plague from the U.K.

Originally from Omagh in Northern Ireland, Bad Taste Cru have been dancing together for 10 years. To achieve their collective and individual dreams, they had to move away from the small town they grew up in and relocate to Newcastle, North East U.K., a large city with a healthy arts and cultural scene. They immediately felt at home there and were welcomed with open arms by the other “hip hop heads” and thus began their journey.

Lisa: How did you become involved in hop hop dance?

Paul Martin from Bad Taste Cru: BTC have been involved in bboying for the past 10 years but have been involved in hip hop culture in one way or another for 15-plus years. We started with the simple aim to be good at bboying, then of course the journey took us further, into battles, jams, cyphers, competitions, theatre, shows, performing etc. Our dream as kids was to win battles, become known bboys, travel and meet other bboys and hip hop heads around the world and of course to represent Ireland, our home country, and put it on the map for bboying. We are doing that.

Muktar from Plague: Plague have been together since the year 2000, but have really been affected by the culture of hip hop since 2005, where we started studying and training in the art of the styles we perform in. Hip hop has kept us off the streets and given us the confidence to live life to the full.

What got me involved in hip hop was the culture. It makes you a better person, more confident to communicate with people – and I love the music.

Lisa: Tell us about your history.

Paul from BTC: BTC are a group of best friends, brothers – some literally – who grew up together in a small town called Omagh in Northern Ireland, a place more famous for bombs and terrorism than anything else. We have always been friends before we were bboys and will always be. This bond is very important to us and our crew is so very close that we only make new members in the crew due to friendship, not skill. Rokas joined us and he is from Lithuania, and we met him thru bboying and he now lives and represents to the fullest in Newcastle, U.K. Since our move to the U.K., our crew has grown a bit and we have now 12 members.

Muktar from Plague: Plague are three times U.K. street dance champions and world champions. I started dancing in 1999, and I created my crew, Plague, in 2000 to train together to become better dancers. I have since then led Plague to three U.K. championship winners’ medals and a world championship medal.

In 2005, I was scouted by leading entertainment company Cirque du Soleil and have been performing and choreographing for them since 2005. I also performed and assisted in choreography in the Beijing Olympics and Paralympics in 2008.

Lisa: How do you think the hip hop coming out of Ireland is different than the hip hop from other countries such as the U.S.?

Paul from BTC: Hip hop is always going to be different. The elements are always the same but the content, delivery, the cultural and social contexts differ from city to city, country to country. But the beauty of hip hop is that it is open to all and an eclectic mish mash of loads of things. 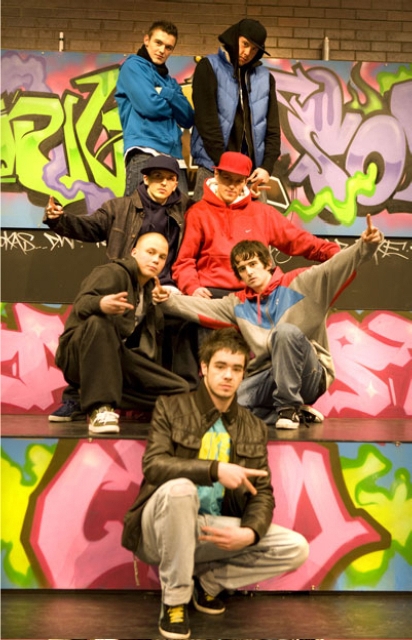 Being from Ireland – and Rokas is from Lithuania originally – was difficult at the start, purely because it takes a lot longer for fashions, things, items, music etc. etc. to reach than the places they originated. So we used to have to really, really search for hip hop culture. But if you look hard enough, you can find it. I once found Run DMC tags from 1985 on a tree near my house – ha ha, no joke!

Ireland is a hard place to grow up, due to the political and social climate, so that also caused problems. In terms of bboying, Ireland is behind on the world scene, but people know BTC and we represent, so that is all that matters. But the hip hop, street dance and funkstyles scene is really alive and kicking and those elements are being really represented.

We had to move away to the U.K. to take our bboying to the next level and that move was hard but a definite good idea. The music scene is really coming up with MCs like Rob Kelly, DJ crews like Vince Mack Mahon, OG DJ Mek and producers like Mike Donnelly. These are a few of my favs and there is a lot of talent.

Graffiti writing culture has been really strong in Ireland for a long time and TDA Klann are the OG crew, but then you see some amazing writers in every city who are pushing that element.

Muktar from Plague: I think a lot of the hip hop coming out of the U.K. is not as good as it can be. We need to train with the pioneers of the particular styles – which are mostly from the U.S. – and know our foundations to compete with other nations. Plague are one of the companies that have trained and studied different styles of dances from credible teachers – pioneers – and are representing the U.K. at the highest levels.

Lisa: How is your work seen in your community, your city, your country?

Paul from BTC: Locally we do a lot of work for the community. We really try to focus energy on running jams, events and workshops that engage the local kids and their families. We run about 12 community events a year and for the local hip hop scene we run a monthly hip hop night.

We have recently just acquired offices in the regional dance agency and work from there now. Our work is mostly teaching and performance-based and we do get support from the local arts venues and funders. However, we do self-fund shows and events, as we know that this is important to grow a grassroots community who are self-motivated and catered for when the “urban” buzz dies, ha ha.

Our dance work seems to be well received and gets positive feedback, but we don’t rest on our laurels and constantly try to develop our work. We are known more nationally as a battle crew and have proved that by winning and competing constantly for the past five years. In the last two years we have looked at new directions with hip hop theatre work and really honor the opportunity to show our work in the USA.

Muktar from Plague: Our work is seen in a positive way in the U.K. Plague put together master classes and workshops to teach the next generation of dancers in the U.K. to pass down the knowledge so the dance lives on. The dance is bigger than all of us.

Lisa: How did you get involved with the San Francisco Hip Hop DanceFest?

Paul from BTC: I got sent an email from the Breakin Convention people in London, whom we have worked with a lot and also performed for. I thought it would be a really amazing opportunity for us to go to the USA to show our new piece, which is very different to your typical bboy show.

I simply filled in the form, explained who we were and sent the video of our latest show, “The Council of the Ordinary,” and waited. I didn’t tell any of the crew either, ha ha, but when I found out we were accepted, they were really happy. I knew that the SF Dancefest was the place to show hip hop theatre work, and for BTC it is a chance to see some amazing dancers from all around the USA and the world and of course let these people see what we do as well. Obviously, us Irish would not mind a wee drink in the lovely SF as well.

Muktar from Plague: We heard about the hip hop dance fest through dancers and put through a video to audition. Luckily, our training and performance quality was good enough to book us the chance to perform at this prestigious event.