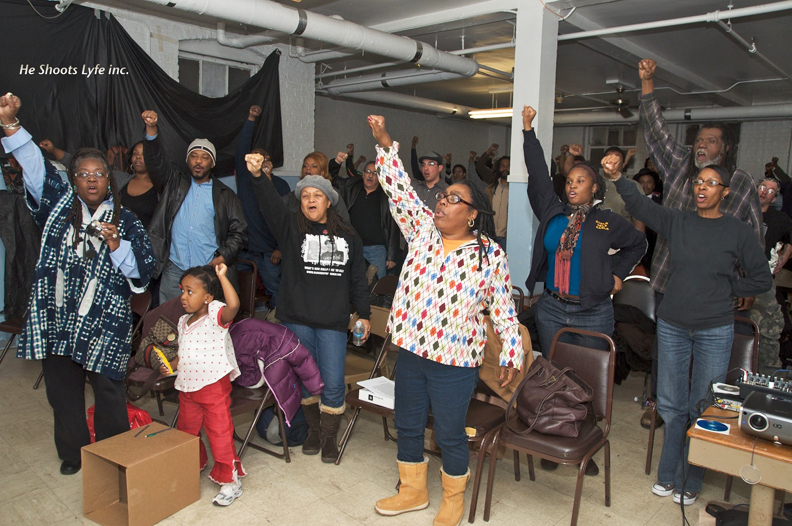 December 4th, International Revolutionary Day, was a historic day, not just because it was the 40th commemoration of the assassination of Deputy Chairman Fred Hampton and Defense Captain Mark Clark of the Black Panther Party, but because of the way the people responded to remember these freedom fighters after such time.

Prisoners of Conscience Committee Chairman Fred Hampton Jr. and the December 4th Committee’s Akua Njeri, the widow of Chairman Fred, led the three events that took place on that day. First, at 4:30 a.m. in front of 2337 Chairman Fred Hampton Way (formerly known as West Monroe), which was the time the government via the Chicago police department, invaded the Panther pad and killed Deputy Chairman Fred and Defense Captain Mark, there was a vigil that lasted between 30 and 40 minutes, where Akua and other Panthers recollected the events on that fatal night, as well as the politics and personality of the Chairman. 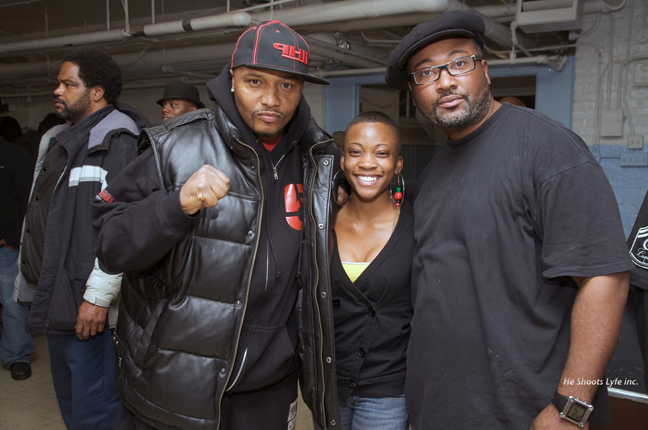 The second event took place at noon, at the same place, and was attended by about 75 people, among them Panthers from the Illinois chapter, Kathleen Cleaver, the founder of the Young Lords, Cha Cha Jimenez, the Last Poets, Ramona and Pam Africa of the MOVE organization, and a number of people from the community who remembered the contributions of the Black Panther Party. In the freezing weather, the revolutionary love and sincerity that people spoke of the Panthers with is the only thing that was warm on the streets that afternoon.

The third event was at a school at 5:30 p.m. In honor of the Black Panthers, there was a banging free community dinner and cake. The event was hosted by the Chicago POCC’s Kazi, and all of the notable veterans, mentioned previously, spoke. The Last Poets did two poems and Ray Baker premiered his film, “Chairman Fred Hampton Way.” Also the Clark family spoke about their memories of the Black Panther Party and their brother, Defense Captain Mark Clark. 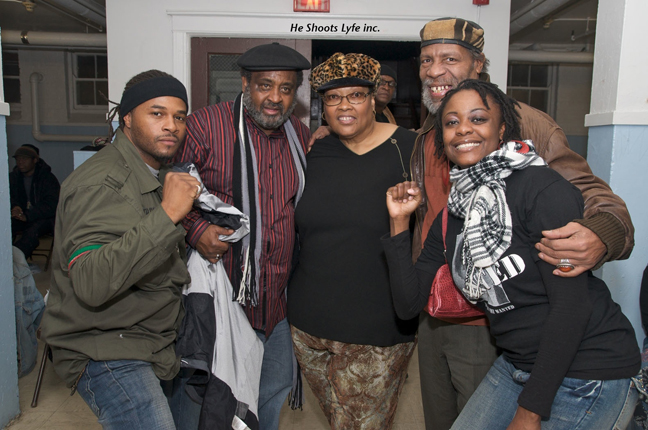 The whole day was a beautiful testament to the mantra made famous by Chairman Fred, “You can kill a revolutionary, but you can’t kill the revolution!” If you have never been to International Revolutionary Day, I advise you plan to go next year and share in this revolutionary people’s holiday.

At 4:30 a.m. on Dec. 4, 2009, 40 years to the minute since the invasion by a gang of Chicago police assassins of the home of Black Panther Party Deputy Chairman Fred Hampton and his wife, Akua Njeri (then known as Deborah Johnson), as they lay sleeping two weeks before the birth of their son, Fred Hampton Jr., and the police assassination of Defense Captain Mark Clark and Chairman Fred, the survivors, his wife and son, led a candlelight vigil on the cold, pitch dark Chicago street in front of what was then 2337 West Monroe, now 2337 Chairman Fred Hampton Way.

This video will take you there. Join a star studded cast of revolutionaries, old and young, to hear some of the powerful words spoken that morning. This video features speeches by Ramona Africa of the MOVE family in Philadelphia and Prisoners of Conscience Committee Chairman Fred Hampton Jr.