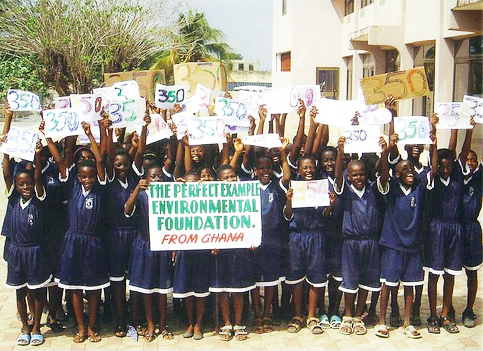 Copenhagen – As I prepare to leave Europe, I’ve had thoughts of our powerful ancestors, like Brother Damu Smith, who’ve come and gone before me. I really miss this powerful and passionate advocate for Reparations for Afrikan people, Palestinians and our environment. In a sense, some of us were here standing in for Brother Damu and attempting to continue his incredible legacy of life and work. Asé. Amen.

Yebo (Yes), we came from all over the Afrikan Diaspora and the world! We prayed and meditated together, listened to one another, debated each other, struggled hard for our positions, united in solid coalitions, mobilized mass actions, and sought to protect our allies from not only the cold weather, but the ever more cold-blooded and repressive Danish government and police forces! Despite years and months of intense advocacy and organizing, whole nations and masses of people are facing increased possibilities of drowning, burning and/or starving to extinction.

The “no deal” brokered by President Barack Obama, Chinese officials and a few larger states this weekend provides no directives or leadership for much-needed “changes” to save humanity or restore our heavily damaged environment and atmosphere. It offers no checks and balances in the criminal behavior of the major corporate, government and military polluters like the U.S. And it creates very little funding – Reparations – to repair the massive wounds suffered by our Empress Mother (Earth).

Despite years and months of intense advocacy and organizing, whole nations and masses of people are facing increased possibilities of drowning, burning and/or starving to extinction. – Baba Jahahara

Here’s how a few of our good friends from both government and civil society summarize the conclusion of this two weeks of United Nations’ Conference of Parties (COP 15) Climate Change Meetings.

Sudan Ambassador Lumumba Di-Aping, chief negotiator for the G77 group of over 130 nations, compared the deal to “the holocaust of 6 million Jews in Europe” and one that “condemns Africa to widespread death from global warming.”

Kumi Naidoo of South Africa, international head of Greenpeace, whose government was enticed into the secret and closed negotiations, called the transaction “a betrayal of small island states and a death warrant for developing nations.”

Bill McKibben, who popularized the worldwide phenomenon of reducing carbon dioxide levels to a much safer 350 parts per million – down from our current 387-plus and rising – with his alliance 350.org, seemed to take a page from our Ancestor El Hajj Malik El Shabazz (Malcolm X): “This process (led by Obama) has left 189 nations powerless … The foxes are now in charge of the (carbon) hen house.”

The revolutionary ALBA (Bolivarian Alternatives for the Americas) fair trade movement – led by Venezuela, Bolivia, Cuba and others – characterized Obama’s agreement as “unscientific … lacking any targets for reducing carbon and other pollutants … and completely disrespectful of Mother Nature and humanity.”

Even French President Nicholas Sarkozy, no friend of working people, has called the pact “a deception.”

And so it is. Yebo (Yes), we lost this struggle in COPenhagen. Still, we have gathered our forces, internationally, in alliances that will help us carry out, and WIN, future battles.

All the progressive forces we have met – inside and outside of the governments – have told us how determined they are to continue our generation’s mandate to reclaim the power from the selfish polluters who threaten the survival of all of us. The majority of us will heighten the work at our local levels to implement and share necessary measures to combat global warming and environmental destruction.

And we are in agreement that, in addition to the upcoming international people tribunals to try the criminals responsible for this planetary mess, our next united gathering shall be in Mexico City this coming November 2010.

Asante sana (Many thanks) to all of you for your positive reviews and actions. We look forward to continuing our communications and planning next steps. As we would say in our African Liberation Support Committee of the 1970s, “A luta continua – our struggle for climate justice, environmental restoration and reparations continues – til victory!” Asé. Amen.

Baba Jahahara is a veteran justice, community, labor and environmental organizer, writer and musician. He is a past national co-chairperson of the National Coalition of Blacks for Reparations in America (N’COBRA) and author of the new book, “Many Paths to Kugichagulia” and the recently-released CD titled “Elevate: Rise Up You Mighty Afrikan People!” A free download of his 1984 song titled “Runninouttatime!” (“Running Out of Time”) is available upon request. Reach Baba Jahahara at support@wedemandreparations.com or FONAMI, P.O. Box 10963, Oakland, CA 94610.

Copenhagen – Just when you thought things were over … Last night (this story was posted at 3:42 a.m., Saturday, Dec. 19), the media made a big hoopla about a supposed “Copenhagen Accord” that President Obama helped negotiate and heralded it as the final result of Copenhagen climate talks. They were wrong.

As last night went on, it was clear that the entire world wasn’t going to back down in the face of bullying from a few powerful countries. Hundreds of us joined at protest at 1 a.m. last night outside the Bella Center where the talks were taking place. At 3 a.m., Prime Minister Lars Rasmussen of Denmark, who under official U.N. rules acts as chair of the conference, tried to rush the accord through as a new political deal without gaining consensus from the assembled countries. 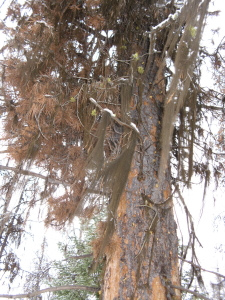 Even as Rasmussen banged his gavel, Tuvalu buzzed in and demanded to speak. Looking exhausted, Tuvalu’s lead negotiator, Ian Fry, spoke clearly and forcefully: “We’re being offered 30 pieces of silver to betray our children,” he said. This deal is a sham; our survival is not negotiable; we refuse to sign at this point.

Tuvalu’s remarks unleashed another few hours of debate. With high emotions running on all sides, country after country expressed their frustration with attempts by the U.S. and its coalition of polluters to subvert the U.N. process.

Yet, in the end, it was clear that many small countries felt like they were backed into a corner and had no choice but to accept the agreement as it stood. As President Mohamed Nasheed of the Maldives said, “I will be the first to be unsatisfied with this document. But it is a starting point. This document allows us to continue talks and come to a legally binding treaty. I ask you all: Please do not delete this document.”

That’s by no means the consensus position: Many developing countries and activists feel the best strategy would be to call the entire process a sham and refuse to come to any agreement at all. At this point, to be perfectly honest, I’m not sure where I stand.

What’s clear is this: The talks aren’t over yet. Exactly what the “Copenhagen Accord” means is important. Not because it will have a major effect on emissions – it’s clear now that no strong action will come out of these talks – but because the outcome of the final hours in Copenhagen will play a large role in shaping the structure and power of the U.N. in the future.

What we saw here in Copenhagen was an effort on the part of a few rich countries, led by the U.S., to undermine the United Nations process – to sideline not just civil society, but over 100 nations, and come up to an agreement on their own.

The fact that they didn’t succeed – that they’re still debating at the U.N., that poor countries are still standing strong and fighting hard – is an incredible testament to the movement you have helped build around the world. You helped show that this debate wasn’t just about the U.S. and a few big polluters; it is about all of us – like the children in Ghana, for example, who are pictured at the top of this page.

The U.N. is by no means perfect. If anything, these two weeks in Copenhagen have shown the fragility of the system and just how easy it is for a few obstructionist countries to undermine the talks. Is it corrupt beyond repair? Is it worth scrapping? I don’t think so. And I’d caution those who are tempted to trash the United Nations to think carefully about the implications that has for smaller countries who may have no other venue to make their voices heard and negotiate for their survival.

As Secretary General Ban Ki Moon said this morning, “Collective action is the only effective action.” He was talking about the U.N., but he could just as well have been talking about us. As we figure out exactly what happened here in Copenhagen, we’ll surely hold on to the lesson that has served us all along: When we take action together, when we don’t act individually as nations, but collectively as people, we can make real change.

Go to 350.org for a wealth of climate change information and inspiration for organizing. May of 350.org contributed to this story.

350.org: Because the world needs to know

According to the intro to this video by 350.org, “350 is the most important number in the world. This number is the safe line for our global climate and a start line for a global movement. Join 350.org to take action in your community, engage our world’s leaders and build an international movement to solve the climate crisis.”