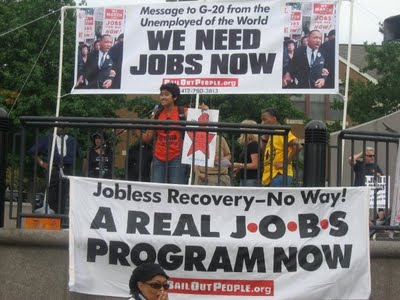 On Thursday, Dec. 3, the same day that President Obama is holding a national summit on jobs and unemployment, dozens of unemployed workers are holding a jobs picket and press conference at 11:30 a.m. in front of House Speaker Nancy Pelosi’s office in the San Francisco Federal Building at 90 Seventh St., between Mission and Market, calling for Congress to take immediate action to put people back to work in San Francisco and across the country. The picket here in San Francisco is part of National Day of Action for Jobs and Unemployment Relief being coordinated by the Center for Community Change in Washington, D.C.

“If Nancy Pelosi wants to know what San Franciscans want for Christmas — we are here to tell her we want JOBS,” declares Jaron Browne of POWER, an organizer of the demonstration.

This October marked 22 straight months of job loss – the longest uninterrupted stretch since 1939. More than a third of the 15.1 million people counted as unemployed have been looking for work for 27 or more weeks, the highest percentage on record since 1948. Organizers of the picket note that this is the worst economic crisis since the Great Depression and are calling on the federal government to play an active role in putting people back to work.

“As a trained electrical worker in Bayview Hunters Point and an active member of my union, I have not been able to get a job in months, “ said POWER member Ernest Stokes. “The personal side of the Great Recession is that hard working people are losing our homes and can’t support our families, while Wall Street CEOs are doing fine. Where is our Recovery?” 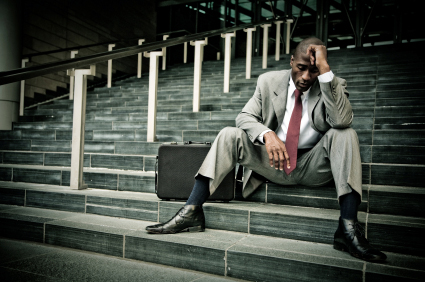 Organizers of the picket are calling on President Obama and House Speaker Nancy Pelosi to create a public jobs program that would put 2.5 million people to work in jobs in low-income communities, particularly communities of color. The community jobs program is part of a larger package that also includes the need to extend unemployment benefits, give tax breaks to small businesses, and provide federal funding to city and state governments to stop the layoff of teachers, health care workers and other public employees.

• Projects would create immediate opportunities for employment of community residents, the unemployed and the underemployed, and provide jobs with good wages, benefits and support services. Jobs would be designed to develop participants’ skills and open pathways to future employment.

• Jobs would address the deterioration in services and infrastructure that have resulted from long term neglect in neighborhoods across the country and change the trajectory of the economy – visibly and tangibly, locally and nationally. For example, jobs would be created to improve the environment; promote public health services; upgrade physical infrastructure, including new construction and rehabilitation; provide education and child care; and engage out-of-school youth.

“Long before the financial crisis hit, communities of color have faced severe unemployment because of off-shoring of manufacturing jobs and the lack of stable, living wage employment,” said Shaw San Liu of the Chinese Progressive Association. “In the Chinese immigrant community, thousands of factory workers have lost their jobs in the past few years alone.”

“No single program or policy is going to combat the extreme levels of unemployment that we are seeing across the country,” said Arnulfo de la Cruz of Coleman Advocates. “We need a holistic approach that includes public programs to put people to work immediately, state and local fiscal relief to stop layoffs of public employees and support for small local family businesses.”

Between 1980 and 2004, real wages in manufacturing fell 1 percent, while real income of the richest 1 percent rose 135 percent. Organizers point out that the solution to this dilemma will require the White House to reorient its domestic policy focus.

“In every crisis there is opportunity,” said Jaron Browne of POWER. “Now is the time to reverse Wall Street policies and reinvest in our nation’s distressed communities, to create jobs for those who need them in order to reduce economic insecurity, stimulate the economy and help unemployed workers build new skills for the future.”

This demonstration is organized by POWER (People Organized to Win Employment Rights), Chinese Progressive Association, Filipino Community Center, Young Workers United and Coleman Advocates for Families. Jaron Browne of POWER can be reached at jb@unite-to-fight.org or (415) 864-8372.