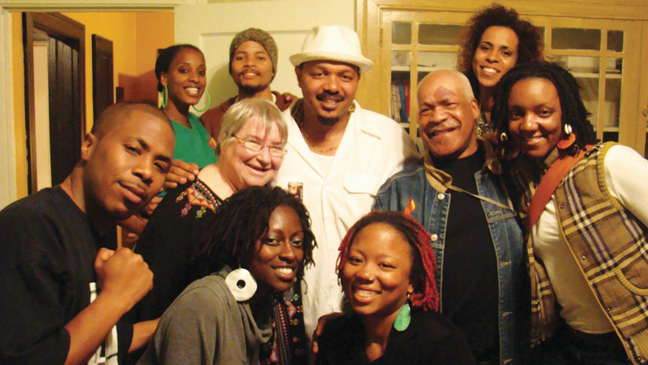 Lynne Stewart is one of the last of a dying breed of political lawyers who represent victims of government tyranny as her quest in life. Now she is one of America’s newest political prisoners. She represented people like Larry Davis and members of the Black Panther Party and the Black Liberation Army, among other high profile cases.

She is locked up unjustly on charges related to her representing the blind Muslim sheik who was accused of attempting to blow up the World Trade Center in the early ‘90s. This is Part 1 of an interview with her political partner, Ralph Poynter, introducing Lynne Stewart to the segments of our readership who may not know her …

We have been partners in this for a long time and, after Lynn’s arrest, all the political things that take place in a political trial took place. There are those who are conservative, who say let us win the battle in the courts, which Lynne knew from Day One, you don’t win anything in the courts. It is won in the streets. She was an activist before she was a lawyer. She just used the tools of lawyering to bring justice.

M.O.I. JR: Let me cut in real quick and ask you for the people who are not informed – and I know that a lot of the people who listen to the Block Report may not know about the heroic works of you and Lynne Stewart – can you tell the people about your political partner Lynne Stewart and who she is, what are some of the cases that she represented, as well as how the government is justifying her trumped up imprisonment?

Ralph Poynter: I gladly will. Lynne and I met in 1962 in Harlem. Now the ‘60s were a wonderful era when people began to understand that things were the way they were because people wanted them so. Lynne was a 22-year-old librarian from Queens. She was born not five miles from Harlem, and she was valedictorian of every class that she was ever in, and she did not know that Harlem existed. She was a college graduate.

When she saw Harlem – she explained it to me that she walked from 135th Street and Lennox Avenue to 125th Street – she could not believe what she saw. And she always throws this one in: A couple weeks later in school, walking down the hall, she saw an angry guy with an afro and an angry look on his face, who was willing to explain it all to her, and that was me. And we often laugh about the contradictions of America and how in the ‘60s it became clear to many people.

And Lynne Stewart was one of those people it became clear to, and she was bitter. For reason number one, that she had been lied to. It wasn’t that she wasn’t a studier. They just lied about it. And two, how could anybody treat children in this manner? We were teachers; we fought for quality education.

And this is the key: There can be no quality education without community control. The (parents of the) community’s children who are being educated must control the funds – the total education of their children – because these are the people that have an interest in their children learning. So you know that bitter struggle. It was during the Vietnam War, and how important was it?

We lost all of the money that was going to come to us through education because the tax you pay when you buy a loaf of bread or a quart of milk comes back to you in public works: hospitals, roads and schools. The schools are one of the largest industries in America.

And because we haven’t controlled them, we’ve never had any employment in our communities, and we never had education. So with this fundamental issue, we ran with the ball. And I don’t know if people today understand how fundamental that is. We lost. Most of our friends are dead or in jail, but we continued the struggle. 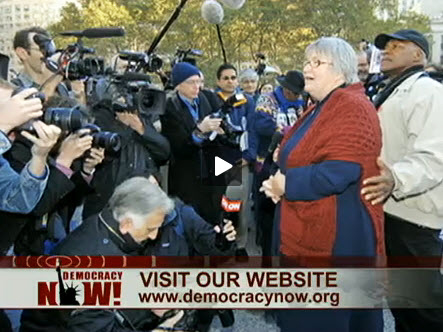 Then after 10 years, Lynne Stewart said to me one day – you know I had been to jail, and when I got out, the only job I could work was my own business, so I opened up a motorcycle shop in the Lower East Side of New York and Lynne was teaching school three blocks from the motorcycle shop – and one day she came to me, and she said – this was in the ‘70s – we lost the struggle bad, nobody cares anymore, and if I have to look at these children being miseducated and lied to every day, and I can’t build a force to stop it, I will go crazy.

And I said to her, “What do you want to do?” And she said, “I would like to be a lawyer.” And I said, “Well, I guess you better go to law school because you have all of the tools.”

She is very bright. She is an eclectic. She learns as she goes, and she used her talents to try and level the playing field for our children. And I said to her on many occasions, “You know in this struggle for Black rights, for equal rights for Black people, the basic struggle of the 20th century as W.E.B. Dubois said – and it’s going to be the basic struggle of the 21st century – is the question of color. They will kill you for being on the wrong side.” And that did not matter, not to her. 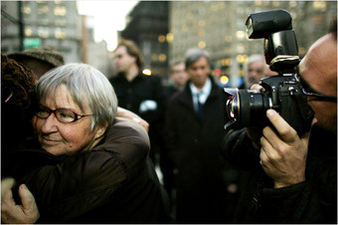 And she has been a stalwart in that struggle. And when she became a lawyer, she took on the struggle. She coined the phrase, “economic political prisoners.” If you can’t get a loaf of bread for your children and you struggle to get it, that is a political struggle, whether you quote Marx, Lenin, Jefferson or anyone else.

This is an economic political issue and, as you know, in the ‘60s, there were white left and white lawyers who opposed that philosophy. And she carried it through to the degree where it is all history now. I need not repeat it. You didn’t have to have a million dollars to get million dollar representation.

But not only was her representation worth a million dollars, she told every person, you just hit the jackpot when you got me because with me you get political education. And the first thing that you must understand is that you’re here because you were meant to be here.

It is not a problem of yours; it is a problem of this country. And as long as you stay there, it remains your problem. But when you try to get out of this box, it becomes a problem of the nation and they will crush you.

It was a wonderful era. Lynne Stewart defended B.L.A. (Black Liberation Army), Black Panthers, Weather Underground, and she made a reputation, not only defending, but winning.

Ralph Poynter: Larry Davis, the dude did allude. And to me, that was her greatest case. When these 32 police came and said that they were going to arrest him – 32 police, mind you – and he shot six of them and escaped. And not guilty. And she did a wonderful, wonderful job there.

And she said no, I want to look them in the eye when I talk to them about their complicity in the attack on Larry Davis. And it was better than the movies. And of course, that is the case that everybody knows about.

We know about Richard Williams, who was from the Ohio 7. He was accused of shooting New Jersey’s top trooper. And he was a killer, a vicious man. He had killed many. And the first trial, we got a hung jury. The second trial they pulled out all stops; they did everything illegal.

This was after Mumia had been convicted. You would have thought that he had been Mumia Abu Jamal, because no law applied to him. They broke every rule, and she came close to winning that case.

But she carved out a spot for herself. She has been on the cutting edge of every issue of her lifetime: the issue of color, the issue of immigrants, the issue of education, the issue of Palestine. Lynne Stewart is front and center, and as I said to her, she is the Emile Zola and the Dreyfus of our time.

What you can do for Lynne Stewart

Send our sister some love and light: Write to Lynne Stewart, #53504-054, MCC-NY, 150 Park Row, New York, NY 10007. For information on contributing to the Lynne Stewart Defense Committee and to her commissary, writing support letters to the judge and signing the Free Lynne Stewart Petition to President Barack Obama, go to her website, Justice for Lynne Stewart.