Pack the FINAL hearing on the EIR Tuesday, Jan. 5, 4 p.m., in City Hall Room 416 before the Redevelopment Commission! Stop the bulldozer! 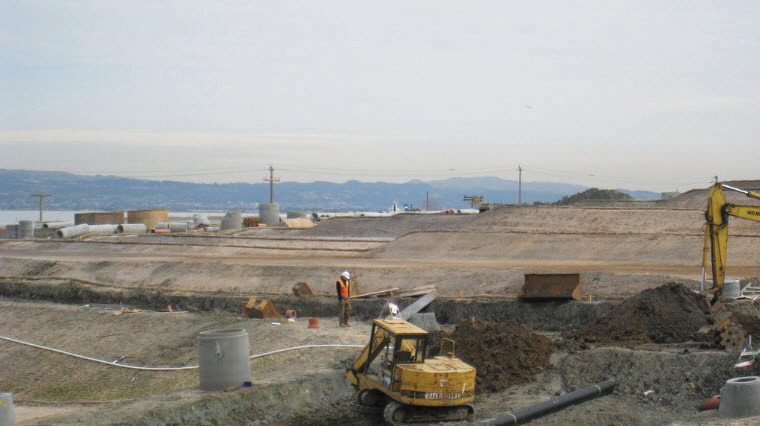 The California Environmental Quality Act (CEQA) was enacted in 1970 in response to the awareness that the environmental impacts of a development project in planning must be carefully considered to avoid hazardous, costly and unanticipated damage to human health, safety, property and the environment.

CEQA is California’s “bedrock environmental protection law.” It guarantees that citizens have a right to examine projects and their environmental impacts and challenge government decisions if they believe negative impacts have not been properly analyzed or mitigated (lessened).

In the ideal world, CEQA provides the public and government decision makers an objective analysis of immediate, long term and cumulative impacts of a proposed project. The CEQA environmental review must offer mitigation measures to lessen negative environmental impacts identified in a published document called the Environmental Impact Report or EIR. If negative impacts to human safety or the environment cannot be mitigated, CEQA requires that a statement of overriding considerations be submitted.

In San Francisco the CEQA environmental review is conducted by the Planning Department’s Major Environmental Analysis Division (MEA). Any project with the potential to result in physical change of magnitude to the environment requires an EIR.

All of these hazardous land uses are present within the project area defined by the Candlestick Point-Hunters Point Shipyard Phase II Draft Environmental Impact Report (DEIR) published on Nov. 12, 2009.

The transportation and circulation chapter alone identifies 30 significant unmitigated impacts, including 12 freeway onramps that will be congested by traffic in the region. These negative impacts will most certainly contribute to increasing injury and death for pedestrians, bicyclists and motorists in a city that has seen a skyrocketing epidemic of pedestrian fatalities linked to automobile congestion in its eastern sectors.

Additionally, the project area lies within a region designated as a 100-year flood hazard zone and in a region the U.S. Geological Survey documents as a seismically unstable earthquake liquefaction zone.

On Nov. 22, 2009, scientists released the analysis of NASA satellite data which determines that sea level rise in Bayview Hunters Point and Mission Bay will approach 6.5 feet this century. The Hydrology and Water Quality chapter of the Phase II DEIR identifies all impacts related to sea level rise in the project area as less than significant and mitigated. Additionally, the Phase II DEIR identifies all seismic impacts as being less than significant.

All of these potentially life threatening hazardous conditions have been identified in previous environmental reviews, including the Hunters Point Shipyard FEIR certified on Feb. 8, 2000, and Addendum I and II published in 2003 and 2006. Indeed, the shipyard EIRs predicted that residents and workers would be exposed to naturally occurring asbestos by excavation and construction activities but identified the impact as less than significant and mitigated.

The shipyard EIRs and the Bayview Hunters Point Redevelopment Plan EIR were certified with a CEQA statement of overriding considerations which stated that the economic benefits of the project outweighed risks to human health, safety and the environment!

CEQA has come under legal attack in recent years by large development interests and was weakened by a 2005 U.S. Supreme Court Decision – Kelo vs. the city of New London – that upheld eminent domain in the seizure of property for economic development.

In December 2008, Gov. Schwarzenegger demanded that 10 road and highway projects be exempted from CEQA review as a way to create jobs in the declining economy. Environmentalists convinced California Senate President pro Tempore Darrell Steinberg to delay a vote and force Caltrans and other parties in active litigation to settle the lawsuits. The strategy was successful but established a dangerous precedent of legislative interference in court cases.

Of relevance to the Phase II DEIR was a bill that passed the California Legislature in 2009, AB 81X3 (Hall), that proposed a CEQA exemption for a 75,000 spectator football stadium in Los Angeles leveraged by a billionaire developer. Two lawsuits filed by citizens under CEQA were overturned. The bill trumped respect for the rule of law with promises of new construction jobs and a new NFL football team.

According to the Candlestick Point-Hunters Point Shipyard Phase II DEIR Impact HZ-27 Hazards and Hazardous Materials ES-66, “Implementation of the Project would not expose people or structures to a significant risk of loss, injury or death involving fires or conflict with emergency response or evacuation plans.”

The San Francisco Fire Department is responsible for protecting life and property from fires, natural disasters and hazardous materials incidents and for providing emergency medical services throughout the city. According to the Fire and Emergency Services section of the DEIR (III.0-13), “No SFFD stations are located within the Project site.” Of the five stations in southeast San Francisco, none has a drive time to the Shipyard Phase II development site under 8 minutes. The SFFD target response time goal for a Code 3 life threatening fire and medical emergency is 4.5 minutes.

Additionally, the Executive Summary of the DEIR identifies as less than significant that “construction activities associated with the project would not result in a need for new or physically altered facilities in order to maintain acceptable response times for fire protection and emergency medical services.” Phase II construction is expected to occur from 2010 through 2023 according to the Approval Requirements section (page II-80) of the DEIR.

The proposal for the early (dirty) transfer of shipyard Parcels D and E, the most hazardous of the six land regions on the former naval base, means that, as early as 2010, the Federal Fire Department will no longer claim jurisdiction over radiation impacted property containing an active landfill and soils contaminated with lead, asbestos, toxic metals, pesticides and PCBs.

Construction of a new fire station on half an acre of land designated for community services along with the provision of additional firefighters is identified as necessary to maintain acceptable response times during the implementation of the project at full build out in 2030! Upon completion, the project proposes a new mixed use community with a wide range of land uses including 10,500 residential units and an associated population of 24,465 residents.

A major component of the project is a new 69,000-seat 49ers stadium sited on shipyard Parcel D in a region that is the site of radiation contaminated soils, buildings, animal kennels and laboratories – remnants of the post World War II premier radiation laboratory in the U.S., the Naval Radiological Defense Laboratories.

Also sited on a crane on Parcel D as documented in the Biological Resources chapter of the DEIR are a nesting breeding pair of American peregrine falcons who have raised several broods at this location over the past years. The American peregrine falcon was a state listed endangered species and a fully protected species pursuant to Section 3511 of the California Fish and Game Code. It was recently delisted, on Aug. 6, 2009.

The most sensitive receptors in the region, as designated by U.S. Navy remediation documents including the Draft Final Historical Radiological Assessment, are 17 schools and daycare centers located within a one-mile radius of the shipyard. The Phase II DEIR offers scant analysis of potential adverse impacts on children, who are known to be more sensitive to the toxic effects of pesticides and air contaminants, including asbestos, lead and particulates.

The Hazards and Hazardous materials section, Impact HZ-24, states: “Areas designated for research and development uses within HPS Phase II would not pose a human health risk as a result of hazardous air emissions within one quarter mile of a school. This impact is identified as less than significant with mitigation.”

The Candlestick Point-Hunters Point Shipyard Phase II Development Plan Project Draft EIR is a very callous, negligent and dangerous document that identifies numerous life threatening and potentially disastrous impacts to human health and the environment – from dangerous underestimated sea level rises to the pretense that endangered avian species will be preserved during shoreline construction and the erection of a bridge over an ecological and archeological niche and burial site for the original people who inhabited this region, the Ohlone Indians.

Most dangerous of all is a chapter of Hazards and Hazardous materials that lists as less than significant all of the potential construction activities at a federal Superfund site listed as one of the most toxic properties in the nation!

Working with land use attorney Sue Hestor, People Organized to Win Employment Rights (POWER) has held education and strategy sessions to challenge the Phase II DEIR. In collaboration with a “Hail Mary Pass” coalition of environmental activists, POWER succeeded in extending the public comment period of the 4,400-page DEIR that was released as a deceptive strategy during the December holiday season to Jan. 12, 2010. On Tuesday, Jan. 5, 2010, at 4 p.m. in City Hall Room 416, the final Redevelopment Commission hearing will be held to address the inadequacies of the EIR.

Mayor Gavin Newsom and his office of Workforce Development headed by Michael Cohen and his Black puppet, Tiffany Bohee, plan to bulldoze the DEIR through to a final vote by the San Francisco Board of Supervisors by June of 2010. They are pretending that they have a chance to beat Santa Clara out of their bid to build a 49ers stadium, despite the fact that the team has demonstrated little interest in the shipyard stadium proposal and has been offered a better second opportunity in Los Angeles.

Environmental activists must employ new and alternative strategies as underdogs to win leverage and political power in this life and death struggle.