Pack the press conference, rally and meeting of the Alameda County Board of Supervisors Tuesday, Feb. 23, 9 a.m., 1221 Oak St., Oakland 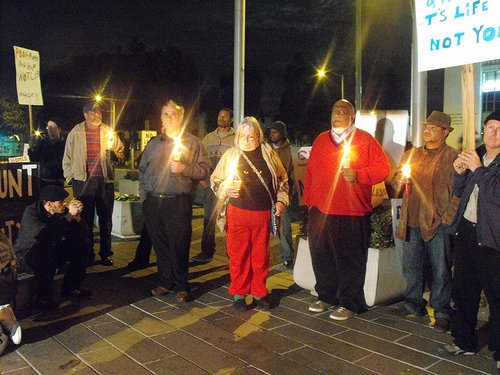 PNN – “These cuts will impact all residents of Oakland,” said Steve Ricardo, an unemployed mechanic and resident of Oakland in response to the proposal by the Alameda County Board of Supervisors to cut General Assistance (GA) beginning April 1, 2010, to only three months of every year to thousands of unemployed workers living in poverty.

GA is a loan that has to be paid back. The amount of the loan is capped at $336 a month. Starting in November 2009, Alameda County has reduced almost all GA grants by $40 every month for people without Medi-Cal and further reduced grants by up to 25 percent for people who share housing. The county further reduced recipients’ grants to $105 if the amount of their rent is greater than their GA grant.

As if the cuts were not bad enough, starting on Jan. 1, 2010, the county has limited the GA loan to three months, leaving recipients without aid for nine months out of the year. These severe cuts impact almost all GA recipients with the three-month time limit, impacting over 7,000 Alameda County community members who are currently facing unemployment in one of the nation’s worst recessions.

In 1997, the last time Alameda County imposed a time limit on General Assistance, the county saw an increase in hunger, crime, homelessness and housing instability. According to a study prepared for the Alameda County Social Services Agency on the impact of time limits on GA, 29 percent of recipients surveyed were forced to move after losing aid and 20 percent became homeless. Fifty-three percent reported that they went hungry for at least one day a week and only 8 percent reported finding full-time employment after losing their benefits.

“These short sighted cuts are the worst that the county’s General Assistance program has seen and will be devastating for people who are struggling to stay alive at a time when the December unemployment rate is 11 percent. The GA cuts contradict the county’s mission and effort to prevent homelessness. It is also fiscally unsound because it costs about $800 a month to place a homeless person in a shelter, while it costs less than $336 a month to keep them housed.

“About 40 percent of GA recipients are women and it is simply not safe for women, let alone anyone, to be out in the street battling nature and fighting for their health and safety. The Social Service Agency might balance its budget, but the county will be paying for increased medical costs, shelters and policing,” said Luan Huynh, an attorney at the East Bay Community Law Center.

“These cuts will put ALL Alameda County residents in a desperate position,” said Lisa Gray-Garcia, former Alameda County welfare recipient, executive director of POOR Magazine, and author of “Criminal of Poverty: Growing Up Homeless in America.” “If 7,000 poor people become poorer, we will all be affected.”

Read more about issues of poverty and race written by the people who face them daily at POOR Magazine/POOR News Network, www.poormagazine.org or call (415) 863-6306. 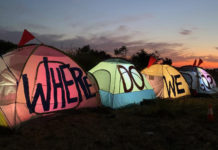