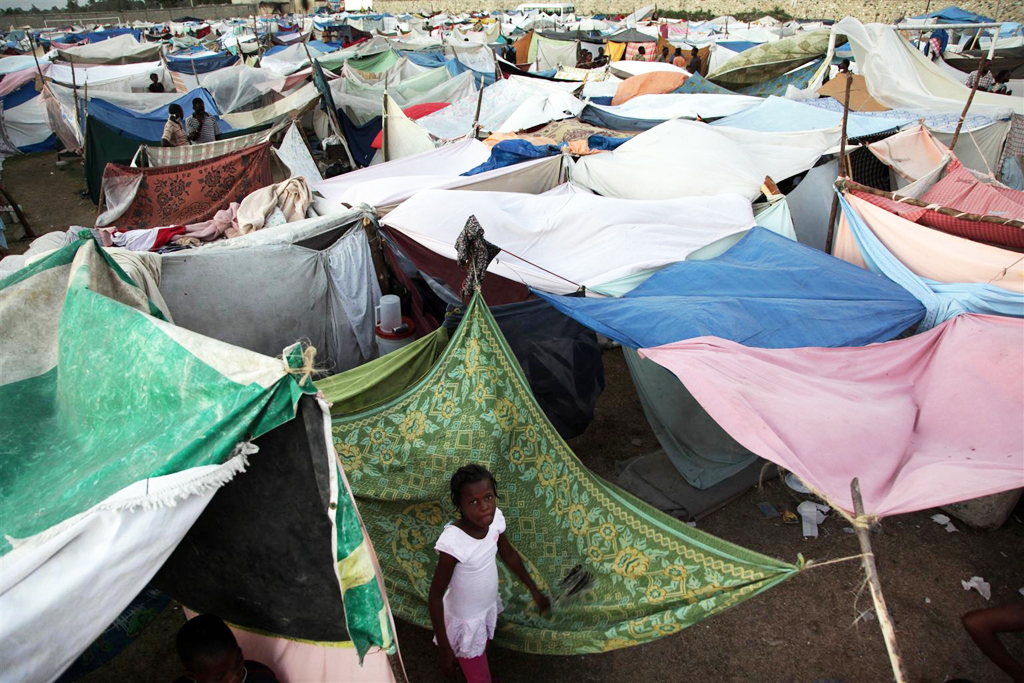 Despite the fact that over a million people remained homeless in Haiti one month after the earthquake, U.S. Ambassador to Haiti Ken Merten is quoted at a State Department briefing on Feb. 12, saying: “In terms of humanitarian aid delivery … frankly, it’s working really well. And I believe that this will be something that people will be able to look back on in the future as a model for how we’ve been able to sort ourselves out as donors on the ground and responding to an earthquake.”

What? Haiti is a model of how the international government and donor community should respond to an earthquake? The ambassador must be overworked and need some R&R. Look at the facts:

The U.N. Office for the Coordination of Humanitarian Affairs (OCHA) reported Feb. 11 there are still 1.2 million people living in “spontaneous settlements” in and around Port au Prince as a result of the Jan. 12 earthquake. These spontaneous settlements are sprawling camps of homeless Haitian children and families living on the ground under sheets.

About 25,000 people are camped out on one golf course in Petionville. Hundreds of thousands of others are living in soccer fields, churchyards, on hillsides, in gullies and even on the strips of land in the middle of the street. The U.N. has identified over 300 such spontaneous settlements. The Red Cross reports there are over 700.

The U.N. reported that barely one in five of the people in camps have received tents or tarps as of Feb. 11. Eighty percent of the hundreds of thousands of children and families still live on the ground under sheets.

Many of these camps are huge. Nineteen of these homeless camps in the Port au Prince area together house 180,000 people. More than half of these camps are so spontaneous that there is no organization in the camp to even comprehensively report their needs.

Another half a million people have left Port au Prince, most to the countryside. As a result there are significant food problems in the countryside. About 168,000 internally displaced people are living along the border with the Dominican Republic. Many are with families. Others are in “spontaneous settlements” of up to a 1,000 people.

People living in these densely populated camps will be asked to move to more organized settlements outside the city. Relocation, says the U.N., will be on a voluntary basis.

The U.S. ambassador knows full well there are 900 or so aid agencies are on the ground in Haiti. Coordination and communication between those agencies and between them and the Haitian government continues to be a very serious challenge.

Though many people are trying hard to meet the survival needs in Haiti, no one besides the ambassador dares say that it is a model of how to respond. Partners in Health Director Dr. Louise Ivers reported on the very same day that “there is more and more misery” in Port au Prince as fears of typhoid and dysentery haunt the camps as the rainy season looms.

But still the Haitian spirit prevails. Everyone who has been to Haiti since the earthquake reports inspiring stories of Haitians helping Haitians despite the tragically inadequate response of the Haitian government and the international community. That spirit is something people should admire. Let me finish with a story that illustrates.

One orphanage outside of Port au Prince, home to 57 children, was promised a big tent so the children would no longer have to sleep under the stars. The tent arrived but without poles to hold it up. The same group was promised food from UNICEF. Twelve days later, no food had arrived. They improvised and constructed scaffolding to create an awning over the mattresses lying on the dirt. They are finding food from anywhere they can. “We’re holding on,” said the Haitian director, Etienne Bruny, “We’re used to difficult times.”

Haitians are holding on despite the inadequate humanitarian response. They are the model.

Bill Quigley is the legal director of the Center for Constitutional Rights and a frequent visitor to Haiti for human rights work over the past decade. You can reach him at Quigley77@gmail.com.